Paul-Albert Besnard (1849-1934) was French turn of the 20th century artist who gained most of the important Establishment honors while being ever-so-slightly adventuresome in his style of painting. For some background on this, his Wikipedia entry is here.

I had never heard of him.

No doubt that was partly because, like most largely traditional painters of his time, he became an unperson once the Modernist Establishment came to the academic and art-critical fore. Still, in the more than six years I've been blogging about art, I've spent a lot of time reading art history and biographies of artists. Plus, I've visited the Musée d'Orsay and other important museums with good 1850-1920 era collections. And still, Besnard's name and art never stuck in my mind.

According to the link above, Besnard paid attention to the various modernist movement of his time, starting with Impressionism, and borrowed a bit here and there while backing somewhat away from his academic training. The same could be said for many other contemporaneous artists whose names are better known today. Where Besnard stands out is that he was able to gain all sorts of official recognition up to and including a seat in the Académie française 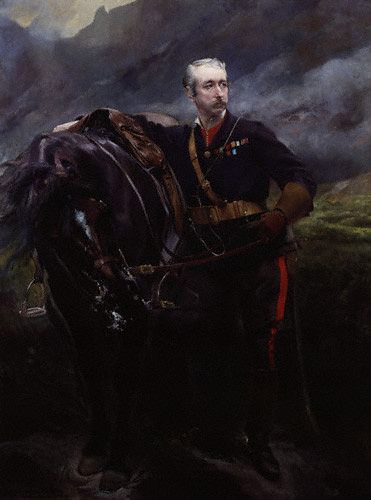 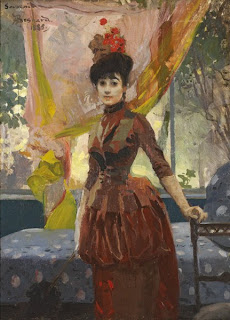 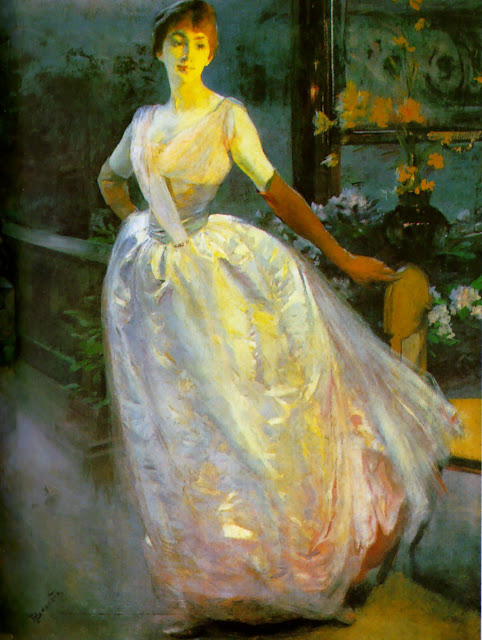 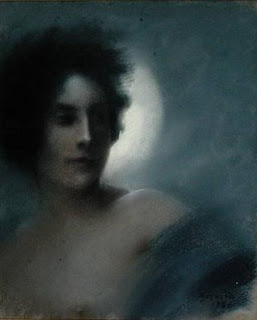 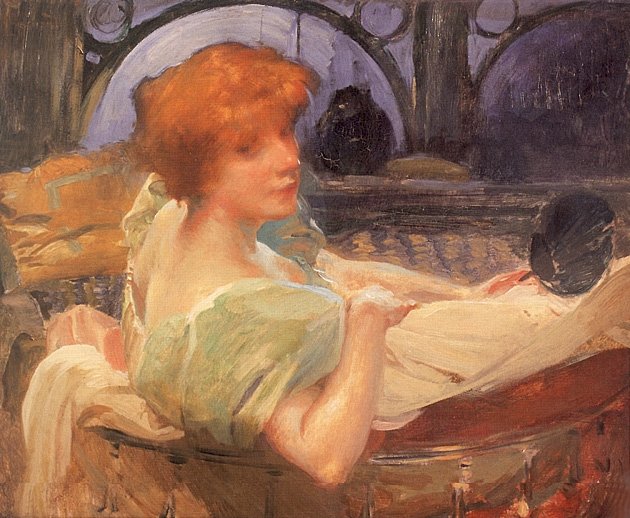 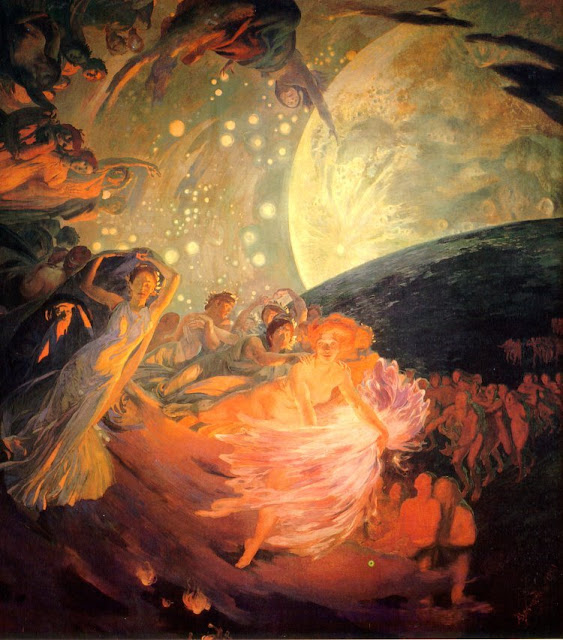 Decoration for a ceiling
Actually, Besnard was pretty good, as nearly as I can tell from viewing digitized images instead of actual paintings. His style varied over time, and his paintings are more intellectually stimulating than purely decorative alternatives would have been. One gripe I have is that he tended to suppress facial detail in places (note some of the figures in the final image above). Most viewers, I believe, want to see a face with recognizable details rather than blurred-over eyes and so forth.