Finnish architect Eliel Saarinen (1873-1950), father of the more famous Eero (1910-61), was a modernist of sorts -- of the romantic, Art Nouveau departure from historical styles that was modernist in the almost trivial sense in that it was indeed a departure, modest though it was. Otherwise, its adherence to modernist dogma was circumstantial.

As Saarinen approached his fifties he drifted along with the evolution of Art Nouveau into Art Deco while retaining a fondness for traditional northern European and Scandinavian building forms. It was only by the late 1930s when he was around 65 that his designs became simplified and ornamentation almost disappeared. My feeling is that his heart really wasn't into modernism, but that he felt he had to comply with the New Order for professional reasons. I suppose some documentation might be found to refute my conjecture. Nevertheless, his later buildings tell me otherwise.

The Wikipedia link above contains photos of some of his important buildings. Below are views of some of those.
Gallery 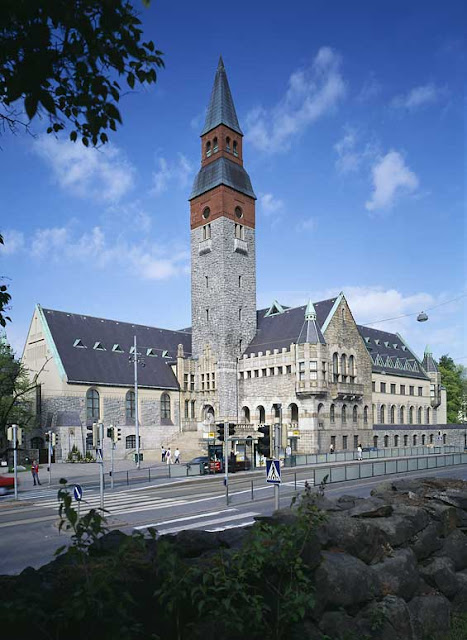 Kansallismuseo (National Museum), Helsinki - 1904
Saarinen was comfortable with Finnish vernacular architecture and doubtless sympathetic to the sense of Finnish nationhood percolating during the final decades of the land's status as a Russian duchy. As befitting a national museum, it looks very Finnish. I walked past it in 2005, but didn't have time to explore it. 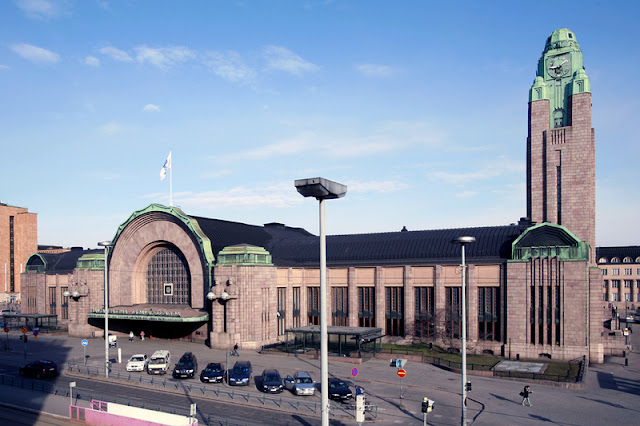 Main railway station, Helsinki - 1909
Another impressive structure (which I did enter) is the railway station. It's Art Nouveau, but more severe and stripped down than how the style was practiced across the Baltic in Riga, Latvia. 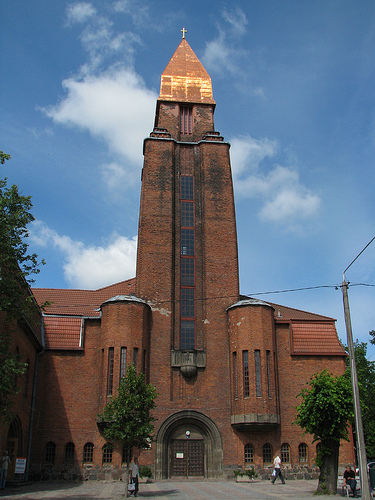 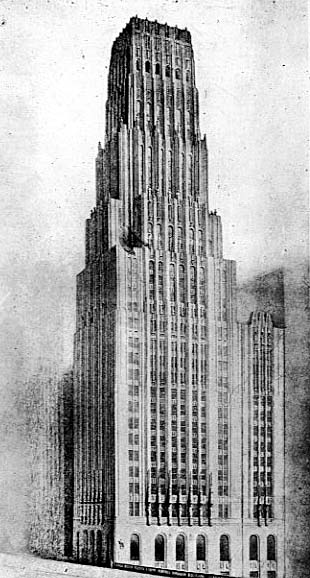 Chicago Tribune Tower competition entry - 1922
Although his design failed to win, it greatly impressed the architectural profession and led to his move to America in 1923. 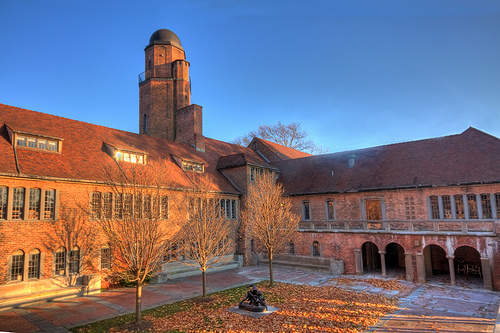 Cranbrook view
In 1925 Saarinen moved to Bloomfield Hills, Michigan, a northern suburb of Detroit where he designed and also taught at Cranbrook. The style of the buildings shown in this photo similar to what he used in Finland, though other structures had modernist elements. 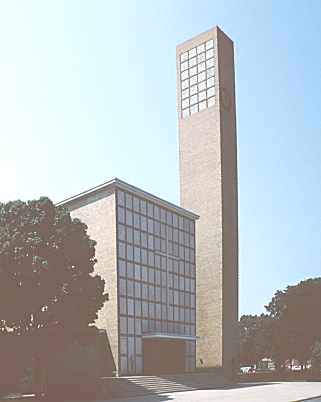 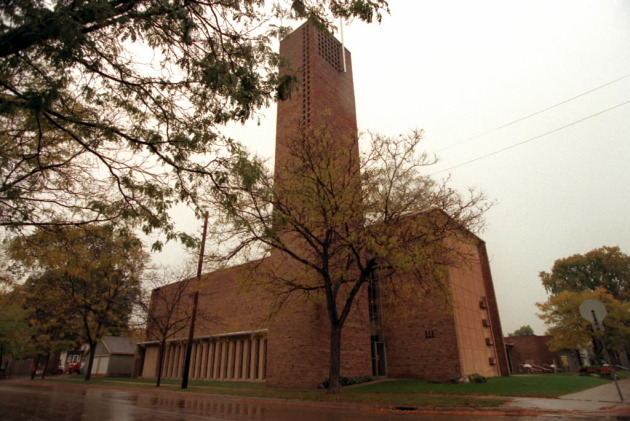 Christ Church Lutheran, Minneapolis, Minnesota - 1949
These church designs of the 1940s are modernist in their simplicity of form. But brick is used and repeated window shapes and other details create a smidgen of ornamentation that Saarinen apparently could not bear to completely abandon.