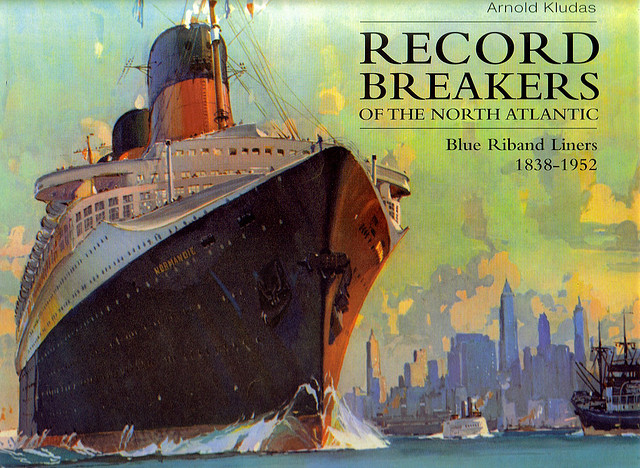 Above is a slightly cropped image of the cover of a book about holders of the somewhat informal Blue Riband for fastest ocean liner speed when crossing the North Atlantic westbound. It's a nice book, but I'm really fond of the cover illustration of the famed liner Normandie by a French painter who called himself Marin-Marie. (The French word marin is analogous the the English word "marine" in the sense of referring to traveling on or dealing with oceans and seas. In his case, the "Marie" apparently has to do with his mother, who died young.) The artist's actual name was Paul Emmanuel Durand Couppel de Saint-Front (1901-1987), and his French Wikipedia entry is here.

Marin-Marie came from a family interested in things nautical. He obtained a doctorate in law, but also took evening classes at the École des beaux-arts in Paris. He did his share of voyaging while making a career in nautical art and serving as a consultant for what was known as the French Line.

Back to the cover image above. I liked the color treatment. But it seems that, thanks to the magic of digital manipulation, those probably aren't the colors of the original art. Consider some evidence: 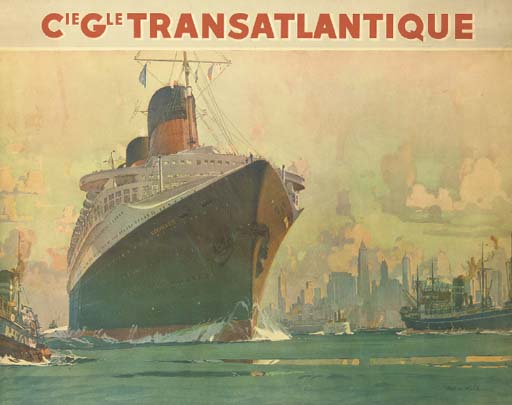 This is a poster that was also based on the original painting. It's old, so the colors might have been affected by the paper yellowing; this could transform blues into greens. 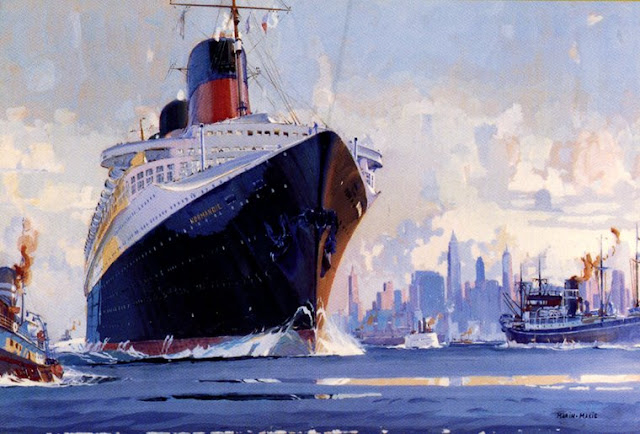 This might be the original (one can't always be certain for images grabbed off the Web; it's best to have seen the original in person). Much brighter. No green in the sky, though there are areas of orange on the ship. 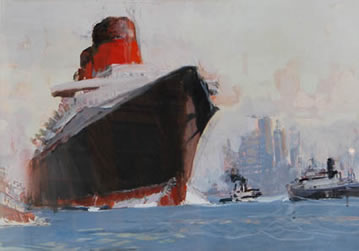 Here is what seems to be a study for the painting. Again, no sign of that interesting green.

As background on Marin-Marie, here are a few more of his works. 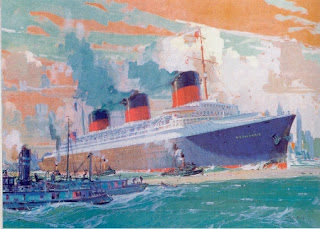 Another painting of Normandie in New York harbor. Here we see greens and oranges (assuming the reproduction is true to the original). 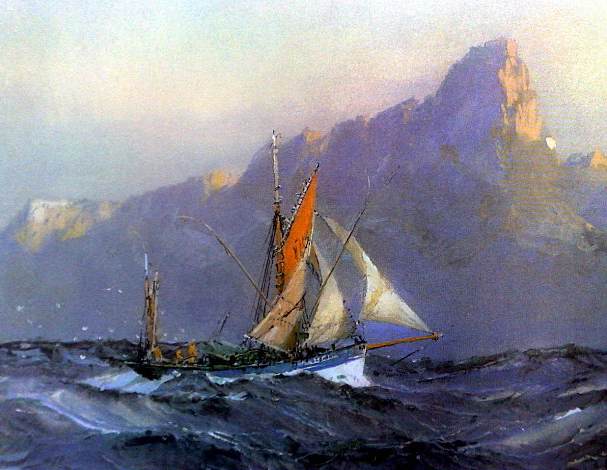 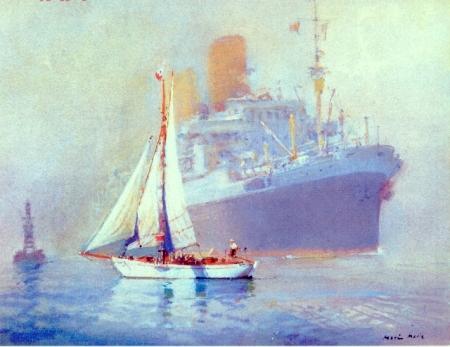 This seems to be of a HAPAG-Lloyd liner, but I'm not sure which one. I'd guess either the Bremen or the Europa, but the white-black paint division on the hull doesn't jibe with what I find in photos of either ship. 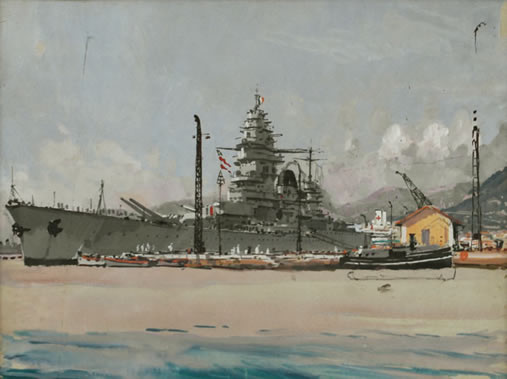 The battleship Strasbourg. Marin-Marie was associated with it when it and other French warships were attacked by the British at Mers-el-Kébir.
Newer Post Older Post Home