Sir John Lavery (1856-1941) was orphaned, yet through determination and ability rose to become one of Britain's foremost portrait artists.

Despite his busy career, Lavery found time to paint numerous portraits of his favorite subject, Hazel (1886-1935), his second wife. Biographical information on the Laverys can be found via the links above.

I'm likely to devote an entire post to Lavery some day, so won't say much more here other than that even though he is best known as a portrait painter, I think his best work dealt with landscapes. His portraits convey their subjects, but his brushwork seems fussier than I think it should be.

Let us now feast our eyes on the lovely Hazel. 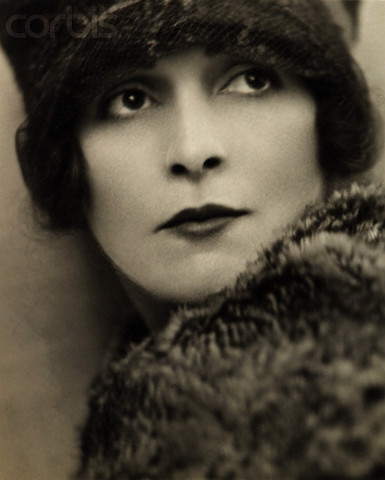 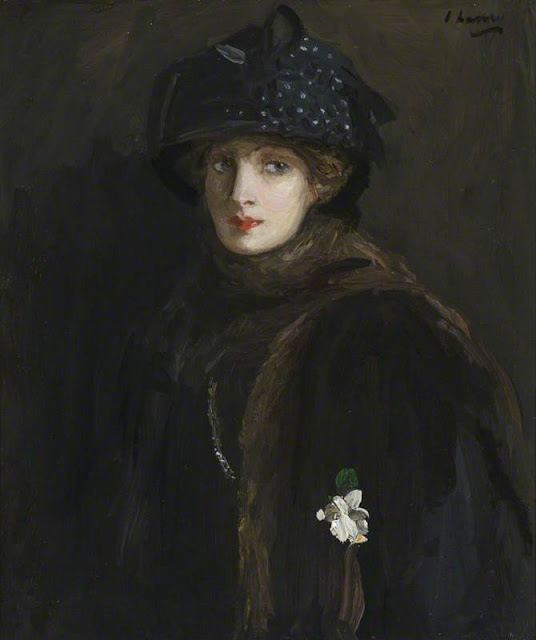 Hazel Martyn
Apparently painted before their 1909 marriage, though I can't independently confirm the date. 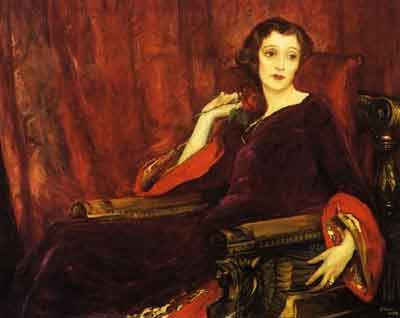 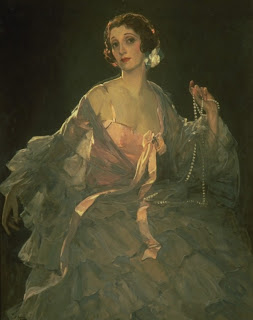 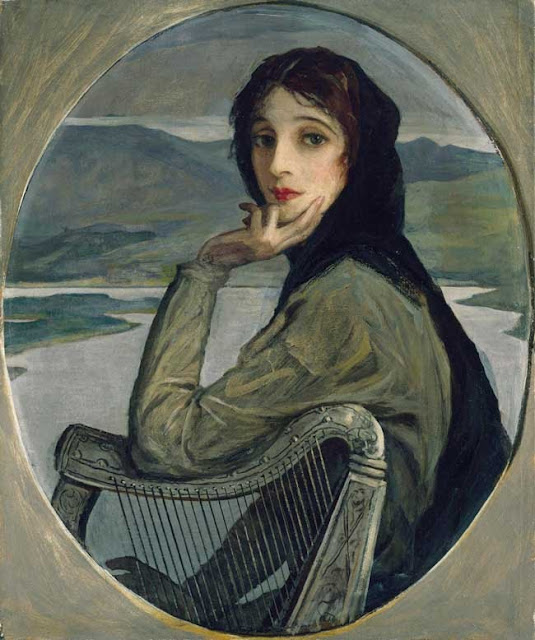 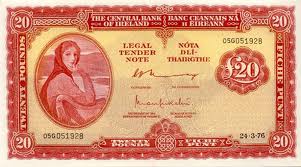 Irish 20 pound banknote
The painting above served as the basis for an image engraved for Irish currency of various denominations. 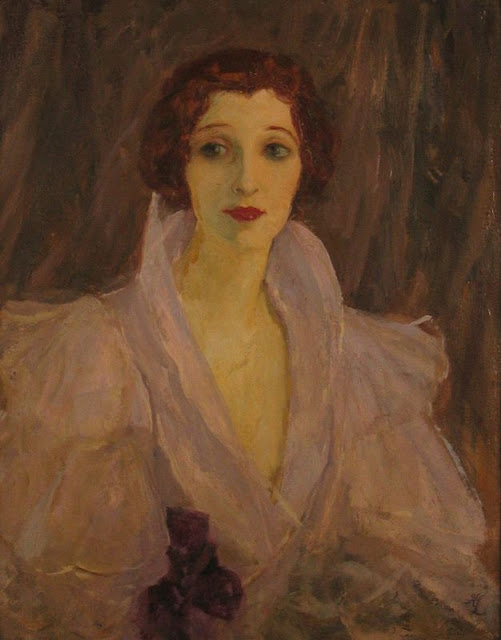