The scene above shows three French cuirassés (battleships) standing off a coast someplace in the Mediterranean in the 1890s. To the left is the Amiral Duperré, in the center is the Redoutable and to the right is the Formidable.

The artist was Albert Victor Eugène Brenet (1903-1904 or 1905 ... sources vary as to the year of death). His French Wikipedia entry is here. I summarize it as follows:

He was born near Le Havre and as a child drew pictures of ships in port. He studied for a while at the École des Beaux-Arts in Paris, then sailed for seven months to the Antilles on the Bonchamp, one of the very last French commercial sailing vessels, this inspiring him to specialize in marine art. He also painted army and air scenes and was appointed as an official artist for each of the three French military branches. He also did a good deal of commercial illustration, including posters for shipping companies.

Here are more examples of his work. 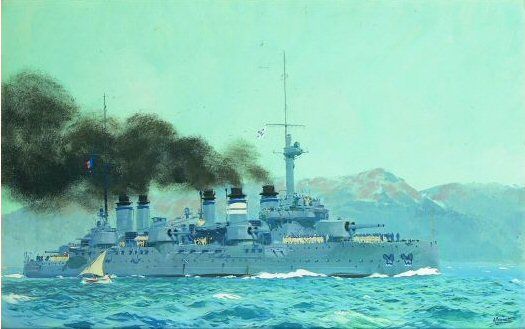 Danton class cuirassé
This might be the Condocet, which at one point in its career had a stripe painted around its second smoke stack to distinguish it from its five other classmates. 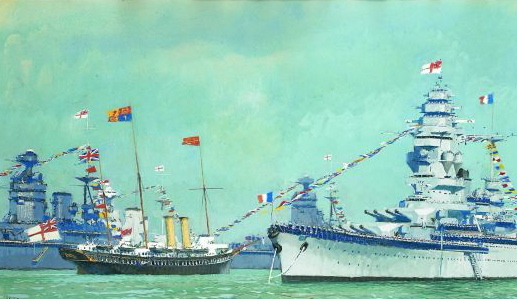 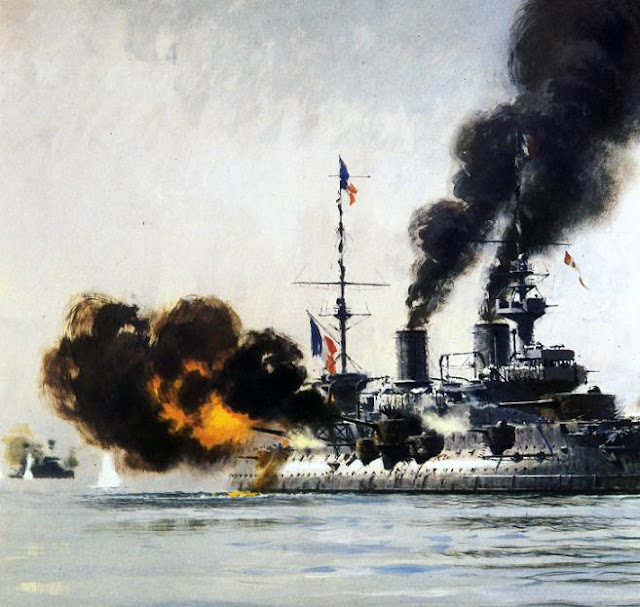 Le Bouvet aux Dardanelles
This 1896-vintage battleship was part of the French contribution of the ill-fated Dardanelles campaign of 1915. Brenet shows it firing, but it was struck by Turkish shells and then hit a mine and sank with only 56 crewmen surviving of 721 total. 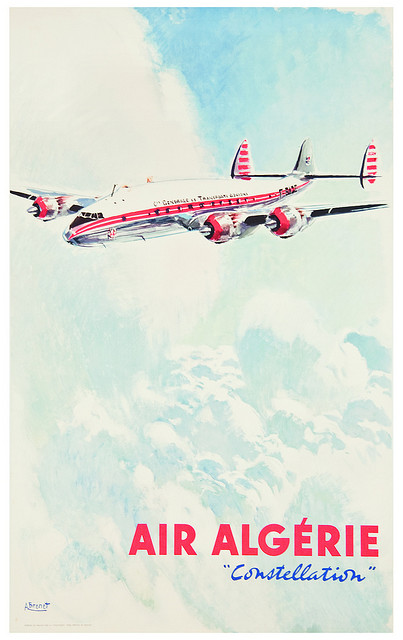 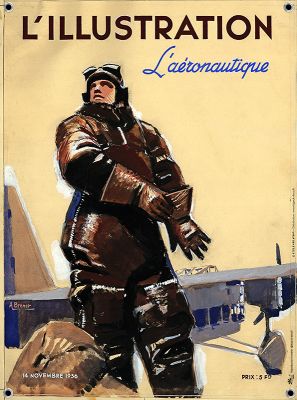 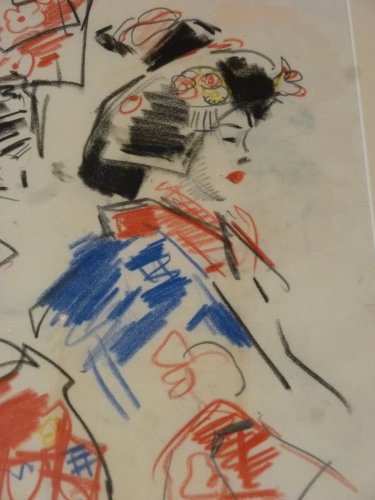 Sketch done in Japan, c.1952
Brenet was a deft sketcher of people as well as ships, aircraft and other conveyances. He also painted some cityscapes. 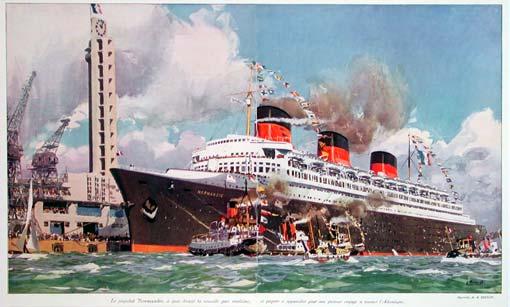 Normandie at the terminal, Le Havre
Brenet seems better classed as an illustrator rather than fine-arts painter. Regardless, he had a fine touch that yielded him a successful career. If I were in a picky mood, I'd suggest that his style isn't especially distinctive, but that would be quibbling. I like his work.