So far as I can tell, car stylist, industrial designer and visualization renderer of future environments Syd Mead (born 1933) never had any of his automobile designs enter production. It's possible that some of his industrial designs were produced, but I don't know of any offhand.

Yet Mead is well known by styling and design practitioners and some of his efforts are famous to groups of the public at large. For instance, he designed the future Los Angeles for the movie Blade Runner and the vehicles for the original Tron. More recently, he has been involved with computer game settings. Mead's web site is here; it contains many examples of his work and even t-shirts that you can buy from his on-line shop.

I first came to be aware of Mead back in my army days at Fort Meade (of all places!) when a buddy of mine showed me a copy of a brochure with Mead's designs commissioned by U.S. Steel. Many of those illustrations were included in his first Sentinel book, a copy of which I own.

One aspect of Mead's work that interests me is that it's hard to distinguish which designs and renderings are recent and which were done when he was working on the U.S. Steel project in the early 1960s. (As can be seen below, his very earliest efforts are easier to spot.) So Mead seems to have attained a personal version of the future that was strong enough to serve him for a career of 50 years. Let's take a look.
Gallery 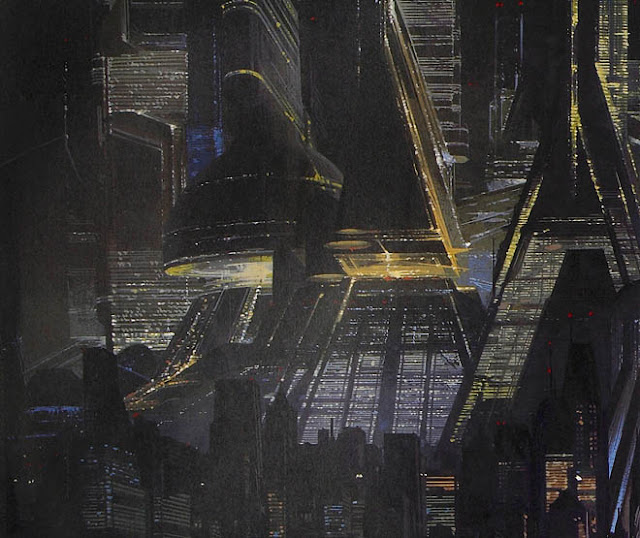 Blade Runner visualization
His Blade Runner designs are probably his best-known work so far as the general public is concerned; but they likely would not know who Syd Mead is. 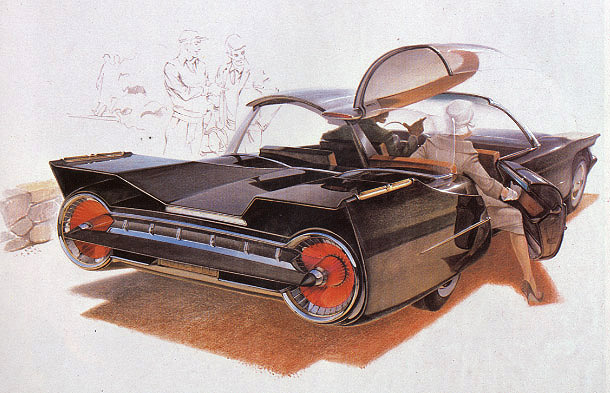 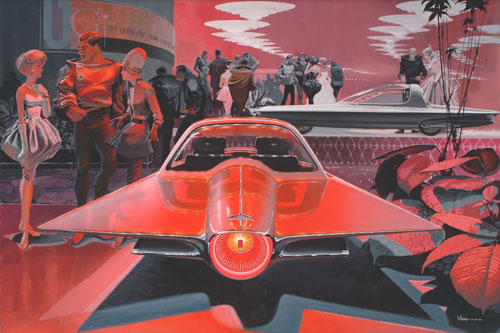 Illustration of Ford Gyron show car - 1961
These are examples of Mead's work from when he hadn't attained his mature sensibility. 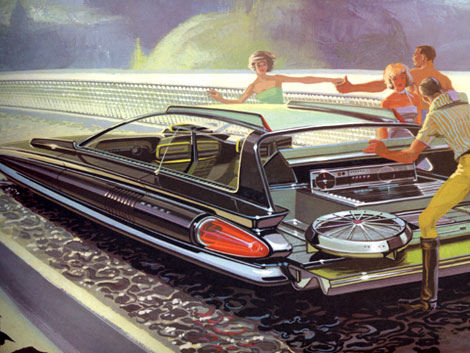 U.S. Steel project scene
It's a little hard to believe that these designs and renderings are nearly 50 years old. 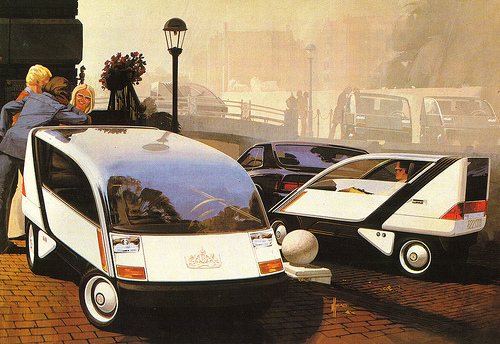 Commuter car designed for Philips
This design could be produced; it's not very futuristic, which Mead acknowledges by placing a black contemporary car in the near-background. 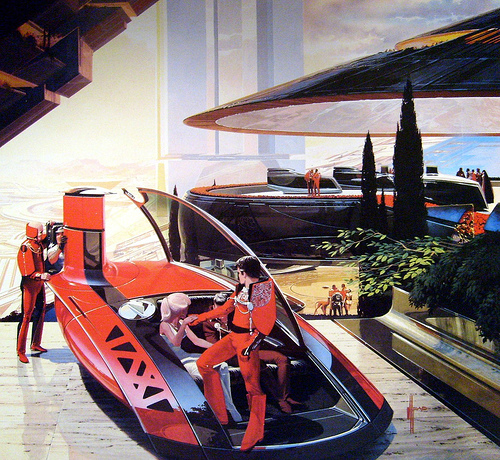 Futuristic scene
This was done more recently than most of the illustrations above. 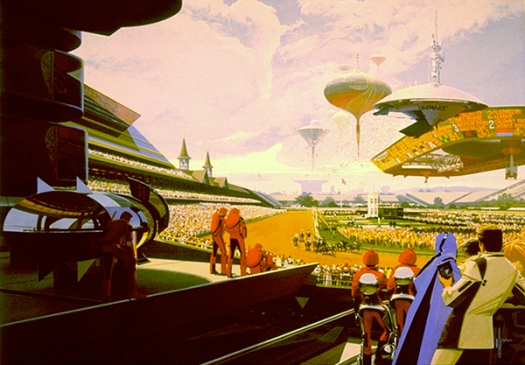 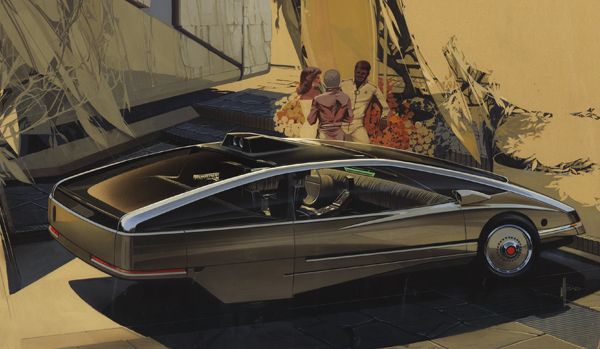 Automobile design
Another design that's not totally blue-sky futuristic; note the costumes of the background figures aren't as wild as in the image directly above.