Sir Frank Brangwyn (1867-1956) is perhaps best remembered for his murals. He also did easel paintings and posters, many of the latter in support of Britain's effort in the Great War.

But that was not all. For a while in the 1920s he created a few posters for what became the London and North Eastern Railway, a major line that ran trains from London into Scotland along a route near the eastern coast of the island. (The London, Midland and Scottish followed a more westerly path north, while the Great Western and Southern railroads served other locations.)

At the time Brangwyn created the designs shown below, a trend toward simplified images was getting underway. Perhaps because Brangwyn was probably incapable of delivering a simplified image, his career in railroad poster making was comparatively brief. 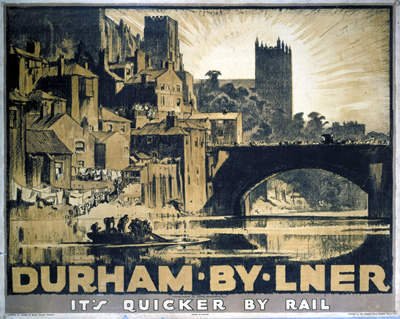 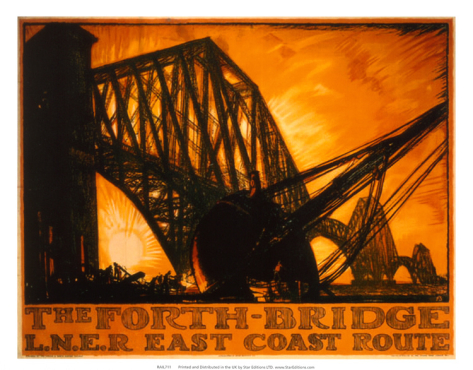 Firth of Forth Bridge 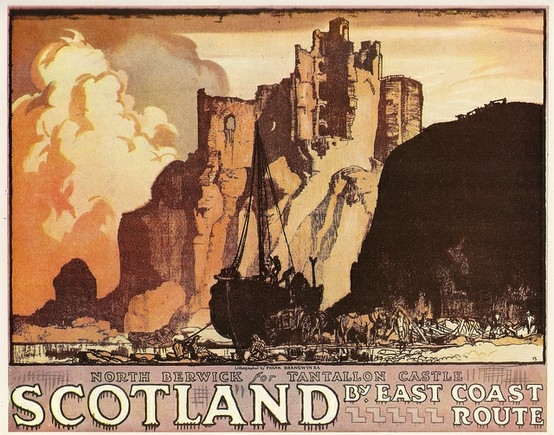 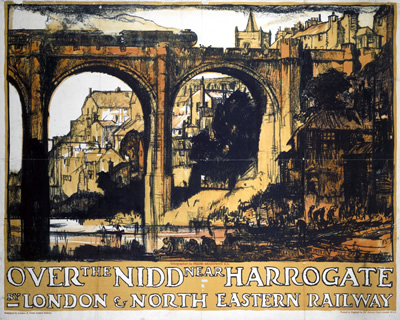