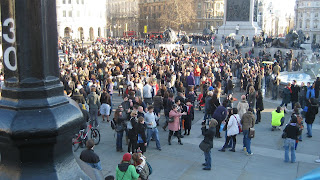 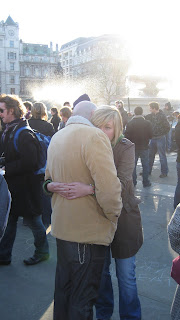 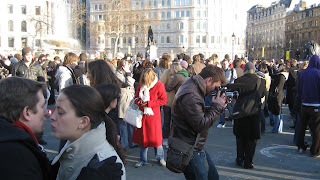 On Saturday 16th Feb “frozen in time” missions happened in both London and Toronto. They were inspired by the Frozen Grand Central mission and organized via Improv Everywhere Global.
http://improveverywhere.com/

The London event took place in Trafalgar Square at 3.30pm and had an estimated 1,000 participants.


We turned up at Trafalgar Square at about 3.25pm, quite aware of the tense expecation that chattered around the crowd. A bugle sounded - the sign for the freeze to start, and a quiteness fell over the Square, wrapping the participants in silence. 5 minutes was not long to be standing in a pose, and as we did, others walked around taking photographs, filming and looking at the giant tableaux. My favourite comments were "What is going on?!". "Why is everyone standing still?", "Ooooh - it's like that New York thingy!". Although requested to continue moving at 3.35pm when the signal was given to break, a large cheer went up from the crowd and it was hard not to join in. There was a definite feeling of elation - a post performance buzz. It had felt quite spiritual, and I was hit by a keen and rare sense of having taken part in a large group action, where our individuality was irrelevant, and the power was in the numbers. 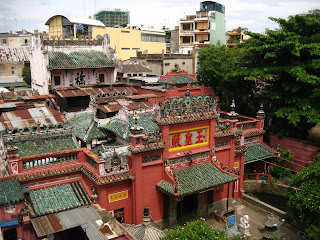 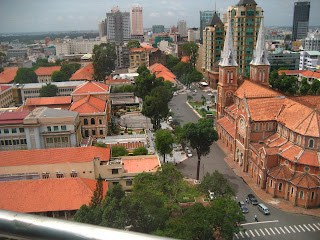 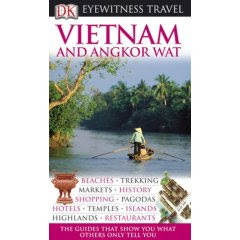 Some of my photographs and research were used in the publication of the Ho Chi Minh section of the above publication for Dorling Kindersley, 2007. The credited photograph appears on page 56 as the View of Dong Khoi from Diamond Plaza.
Newer Posts Older Posts Home
Subscribe to: Posts (Atom)