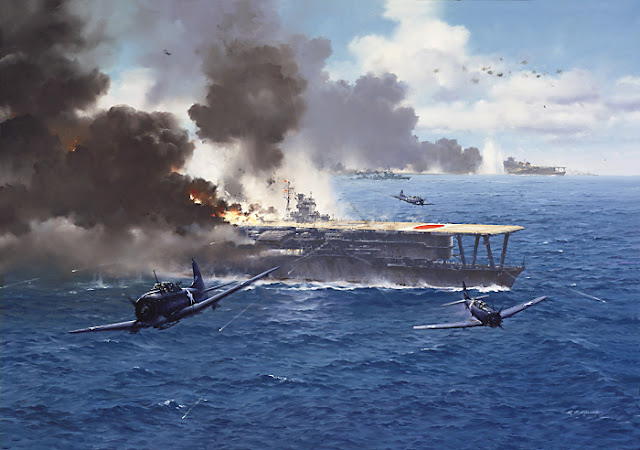 The image above is the painting "Famous 4 Minutes," a depiction of the crisis point of the Battle of Midway during World War 2 when three of a group of four Japanese aircraft carriers were destroyed in a dive-bombing attack. The artist is R.G. (Robert Grant) Smith (1914- 2001), a man with the unusual credentials of being a professional engineer as well as an accomplished artist -- and one of my favorites in the aviation art genre. More information about Smith is here.

Smith credited his growth as an artist to attending informal plein-air classes given by Arthur Beaumont, for many years the U.S. Navy's main artist.

Beaumont (1890-1978), born Arthur Edwin Crabbe in Norfolk, England, emigrated to the USA from Canada in 1908. He changed his name to Arthur Beaumont-Crabbe in 1915 and to Arthur Beaumont in 1919. Information about him is hit-and-miss on the Internet. Two easy-access sources are here and here. This site has detailed information regarding Beaumont's formal art training, but its performance was flaky at the time I drafted this post. I got both the welcome page plus an error message when the site opened. But one can still click on the biographical link to the left to get to the details.

What really counts is Beaumont's art. He painted mostly in watercolor (Smith tended to use oils), and favored a loose style while making sure to incorporate nothing but correct details of ships and equipment. 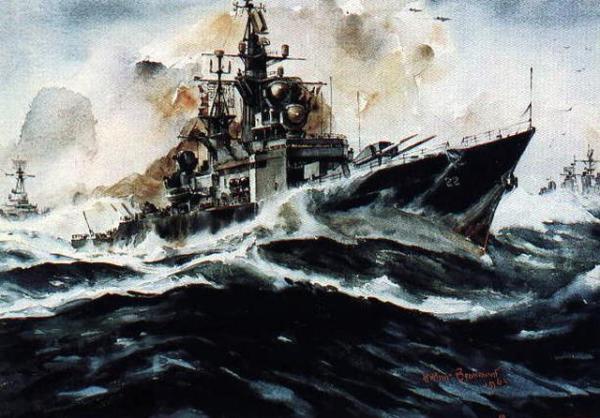 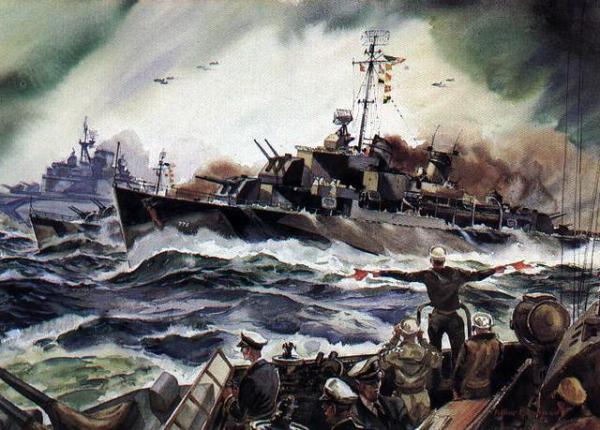 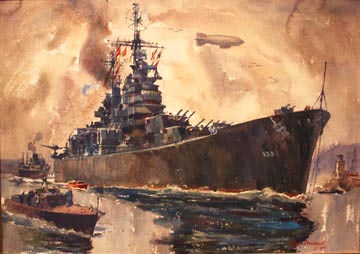 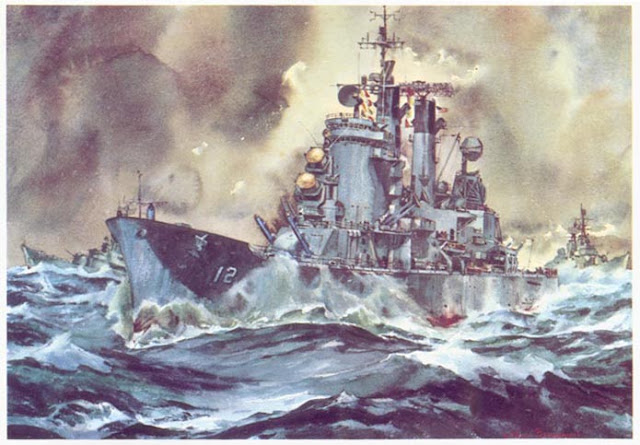 USS Columbus
It is interesting that Smith learned a good deal of painting lore from Beaumont without falling into the generally sketchy, overly dramatic style Beaumont practiced. Perhaps the reason is his background as an engineer who worked on general-arangement drawings was well as presentation art for Douglas (El Segundo) during the 1940s and 50s under ace designer Ed Heinemann.

As for Beaumont, I have to say that I don't particularly care for his paintings. Besides the dramatic poses and heavy seas he often favored, I think something as solid and well-defined as a large naval vessel needs to be shown with a little more of those attributes than Beaumont usually gave them. To me, Smith's ships are more convincing.