What they say about judgments based on books and their covers can be applied to buildings -- in some cases, anyway. For instance, I get the feeling that many places in Italy where residential streets are lined with buildings with drab, fading stucco exterior surfaces actually camouflage totally modern interiors. I know that to be the case for a Mestre hotel I once stayed in.

The same applies in a more limited sense in Dublin at a place called The Burlington Hotel. It is a large structure beyond the Grand Canal that roughly marks the edge of the old southern part of the city. The exterior, as can be seen below, is nondescript t-square and triangle modernism common in the 1950s and 1960s. Our room was in need of renovation, but not drastically so. After all, the hotel caters to tour groups such as ours as well as to people in town on business or for conferences, so maybe we weren't assigned the snazziest digs. But it was okay; no complaints from a guy who spent three years of his life in army barracks and troop ships.

What interested me were the public areas that differed considerably from the drab exterior. I don't know if these were part of the original package or added in later years. They certainly have the appearance of having been re-done in recent times. 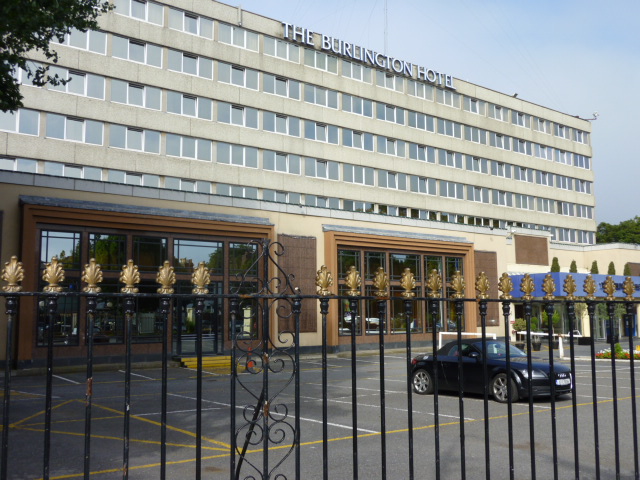 Here is how the hotel looks from the street. A large parking lot with room for large tour buses connects the street with the entrance. Note the exterior's hotel room floors. It was probably at its best in the architect's presentation rendering. 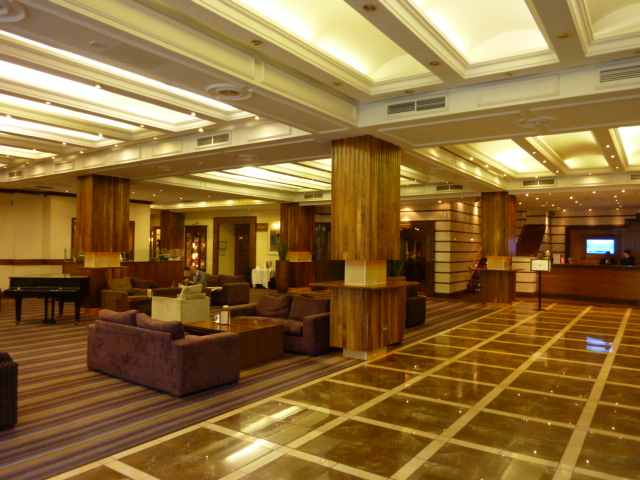 The lobby presents a contrast. The reception desk is at the rear to the right. The rest of the scene is occupied by a lounge area. Nice polished stone floors, carpets, wood trim and other touches of a warm variation on modernism. Not nearly as stark as the exterior. 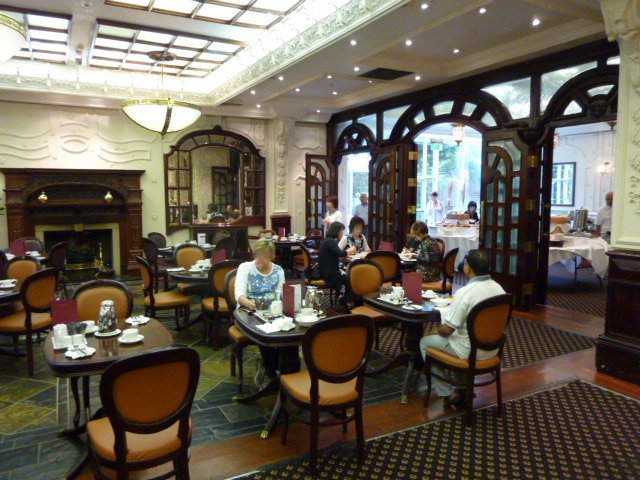 Yet another contrast. This is the restaurant. Many of the larger hotels I've experienced in the British Isles feature traditional (Edwardian?) style restaurants, and so does the Burlington. This room makes me suspect that it wasn't part of the original modernist package.
Newer Post Older Post Home