The Mural as Artistic Immortality


Murals still get painted, but seldom do I learn of a new one that is a Truly Big Deal.

A century ago, that wasn't the case. Murals were a major player in the history of Western art, and a few remain world-famous. (I'm thinking the "The Last Supper" by da Vinci and Michelangelo's Sistine Chapel work, even though the latter was painted on a ceiling rather than a wall.) In fact, murals were so prestigious that at least two important artists twisted their careers to become mural painters in an attempt to "play Shakespeare." One did so as a sideline to a varied career and another is better known for his murals than for his easel paintings. For this post, I'll deal with them along with two other Americans involved in that trade.

Let's see what they produced.
Gallery 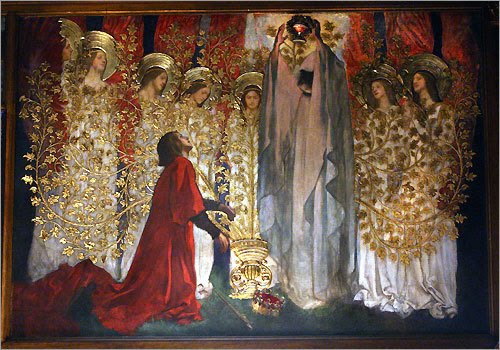 From the Holy Grail series by Edwin Austin Abbey
Abbey had a varied career ranging from illustration to fine arts painting to a good deal of mural work. The image above is of one of his murals (or really, really large paintings) in Boston's Public Library. 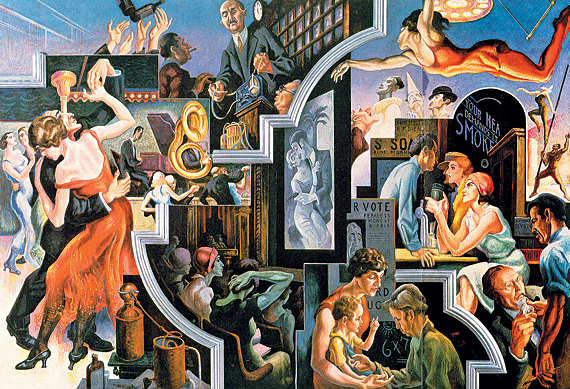 "City Activities with Dance Hall" by Thomas Hart Benton - 1930-31
Although some writers lump Benton into an "American Regionalist" category, a good deal of his work does not feature Midwestern scenes. The example above is from a set of murals he painted for a new building housing New York City's New School for Social Research (as it was known at the time). 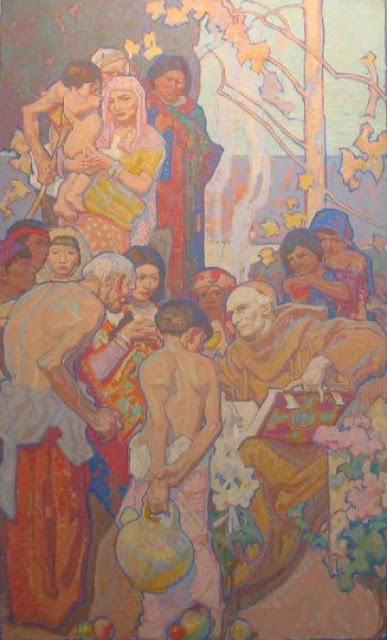 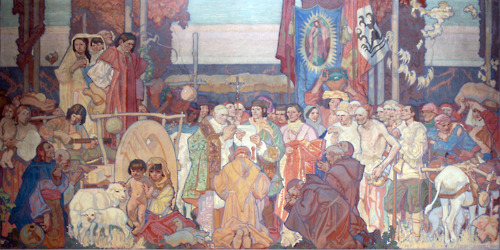 Mural for Los Angeles Public Library Building by Dean Cornwell
Cornwell was one of the most successful illustrators of the 1920s. Apparently this did not satisfy him, so he decided to take up mural painting in an effort to (I suppose) become more artistically respectable. He went to England to learn some of the muralist's trade under Frank Brangwyn. The Los Angeles library project seen above was his greatest effort, though his expenses and the time it took for completion did not make it profitable; he continued to rely on commercial art to subsidize his mural painting. Despite that, he took on other mural projects, as the link indicates. 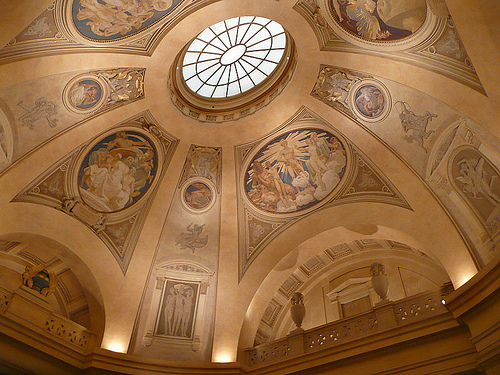 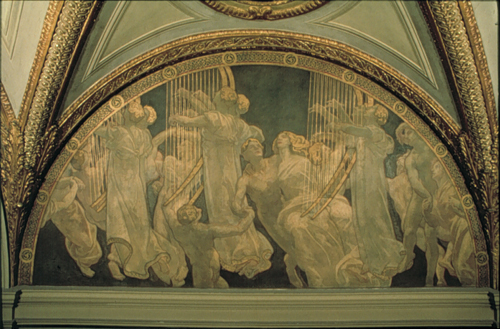 Boston Public Library rotunda"Heaven" in Boston Public Library, by John Singer Sargent
Sargent was an extremely successful portrait painter who felt that such work was somehow not worthy enough. So he managed to get in on mural projects for the new (1895) Boston Public Library building on Copley Square. Two decades later, he was still working on those murals.
Seen from today's perspective, mural painting seems a more risky route to artistic immortality than easel painting. That's because paintings on canvas, board or a similar support are portable. They can be stored comparatively easily and snatched from harm's way. The fate of a mural is usually tied to that of the building that houses it.