When Americans find themselves thinking about Art Deco portraits, I suspect the work of Tamara de Lempicka comes to mind first. But the English just might be more likely to conjure paintings and drawing by Wyndham Lewis (1882-1957).

The above link to Lewis has a good deal of information, as does this book review from 2000 posted on the Guardian's web site. There also is this site devoted to Lewis, but it is patchy.

Many people can be considered multi-talented in that they can do more than one thing passably well (skiing and cooking, dancing and gardening, etc.). There are a few who are multi-talented at levels at or near professional quality, but such folks usually focus on one talent or another as the tool to build a career or notoriety. Lewis is exceptional in that he was successful in both art and writing, as the links attest.

For example,he was a co-founder of Vorticism, a British version of Cubism. After serving as an artillery observer officer in the Great War he returned to painting and then for a few years writing dominated his efforts while he began to focus his art on portraiture.

If he had a problem, it was and is that his political beliefs were, shall we say, unfashionable. That is, he was extremely right-wing in the 1930s sense. This is mentioned in the Wikipedia and Guardians links.

That aside, his abilities as a portraitist were widely recognized in his day. Augustus John and Walter Sickert held his portraiture in high regard.

I consider Lewis' portrait style Art Deco because of (1) when they were done, (2) the simplification of forms towards a geometrical basis, and (3) the crisp, clean style of delineation. Lewis did not go nearly as far as did Lempicka in these respects, but the underlying spirit is consistent.

Below are some examples in drawn and painted form.
Gallery

Portrait of the Artist As the Painter Raphael - 1921 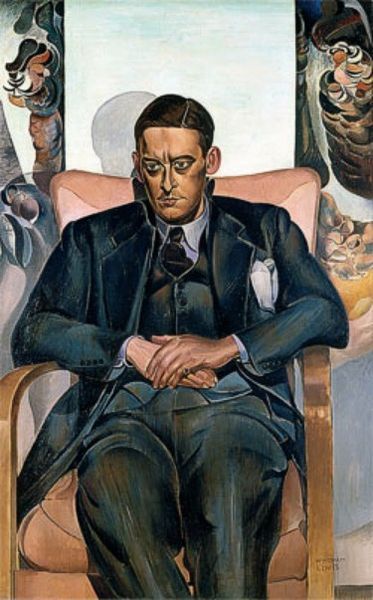 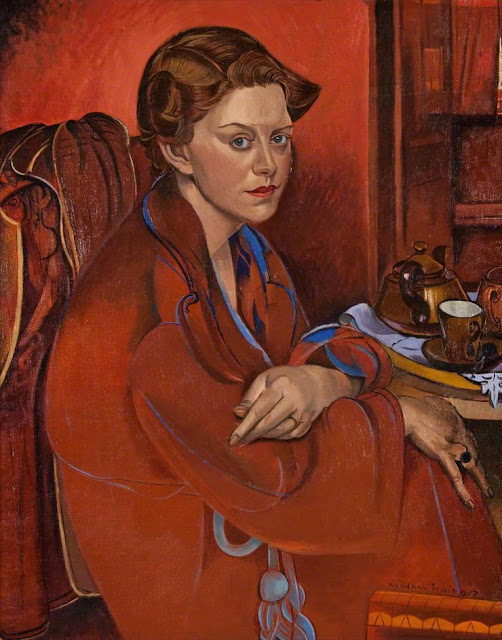 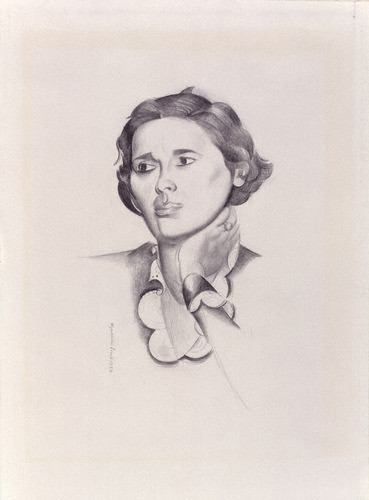 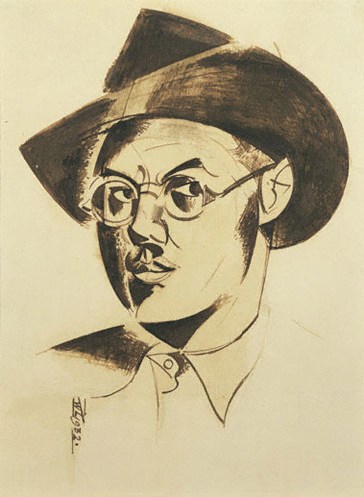 Self-Portrait With Hat - 1932
For more images, here is a link to London's National Portrait Gallery collection of Lewis' works.