Henry Herbert La Thangue (1859 – 1929), according to this Wikipedia entry, was associated with the Newlyn school of British rural genre painting. But that entry does not indicate that he painted in Cornwall. Rather, his British base of operations was mostly in Sussex, though he also painted on the continent.

La Thangue studied both in England and France (under Gér&oacic;me), but failed admission to the Royal Academy and went on to help found the New English Art Club, a rival organization.

Influences have been credited to the Barbizon school and Jules Bastien-Lepage. Most of his paintings dealt with farm life, if a Google search is any criterion. Images of some of his works are below. 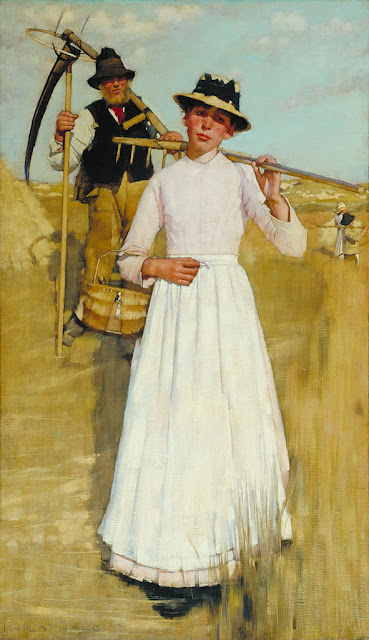 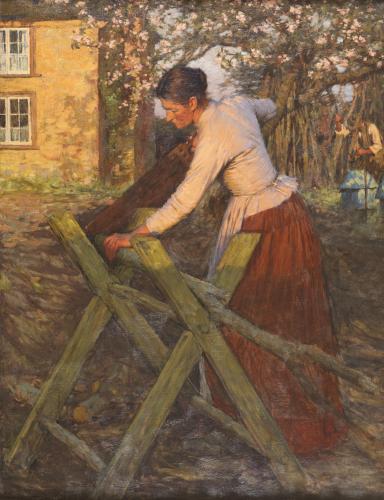 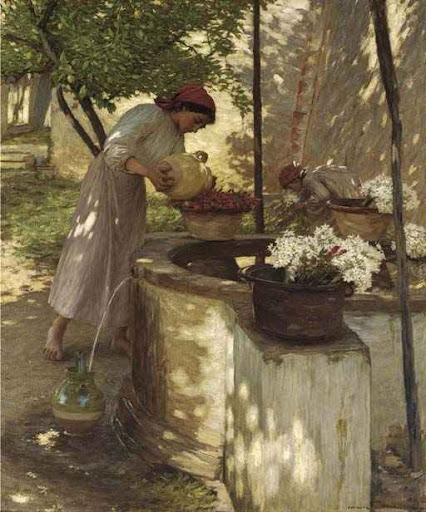 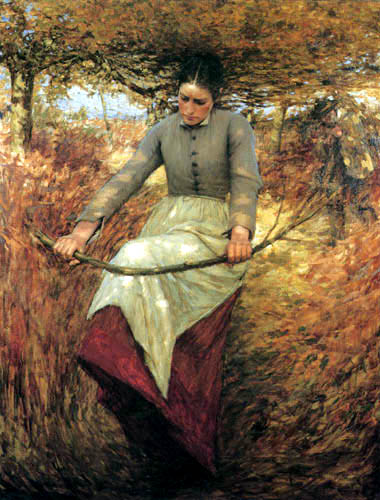 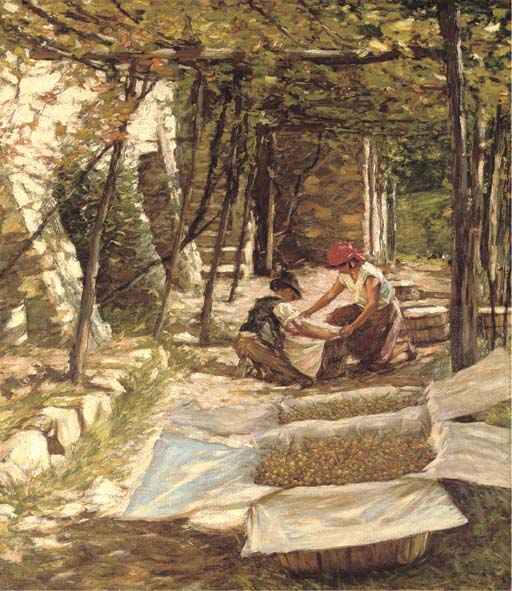