Up until shortly before 1920, the population of the United States was more than half what the Census Bureau defines as "rural." By that, the Bureau meant either living outside any kind of town or else living in a town or built-up area of less than 2,500 population. The rural share of population continued to decline after that point, but its nostalgic echo remained in the popular mind.

The Saturday Evening Post was the dominant general-interest, mass circulation magazine in the United States during the first two-thirds of the twentieth century, and its editors did their best to select cover illustrations that appealed to as many current and potential readers as possible. The most famous Post cover artist is Norman Rockwell, but he obviously couldn't be burdened with producing an illustration every week; his production at best was around one cover illustration per month. Thankfully for the Post, there were plenty of other illustrators willing and largely able to take up the slack.

Some of those illustrators had artistic "personalities" more distinct than others. One of these was John Clymer (1907-1989) whose Wikipedia entry is here.

My mother always enjoyed seeing cover art by Clymer because he was born and raised where she went to college -- Ellensburg, Washington, a small city just on the east side of the Cascade mountain range. Clymer mostly painted outdoor scenes from the Mountain West part of North America, these for advertising, art gallery sales and magazine illustration.

Being a city boy, I was never as taken with Clymer's work as was my mother. And today my opinion is that his work was professionally competent, yet somehow lacking in the spark that sets top-notch artists and illustrators apart from the ordinary. That said, there is no denying that Clymer had a successful career: painting even one Post cover was a large feather in any illustrator's cap.

Below is a chronologically arranged selection of Clymer's cover art for the Post.
Gallery 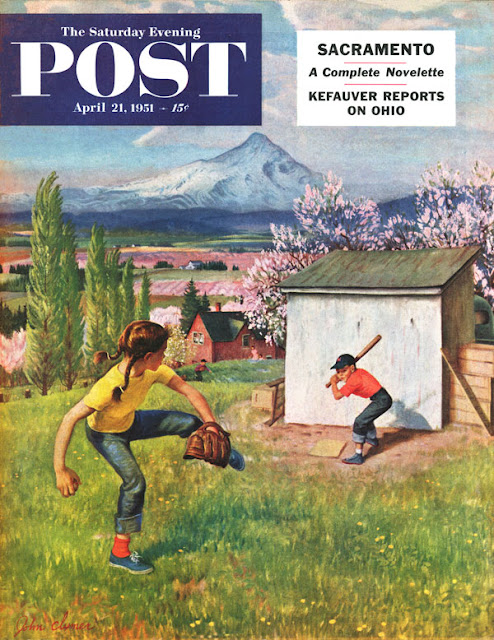 The setting for this illustration is easy for me to identity. The mountain in the background is Mt. Hood in the state of Oregon as seen from the east in the fruit orchard region near the Columbia River, perhaps on the Washington State side. 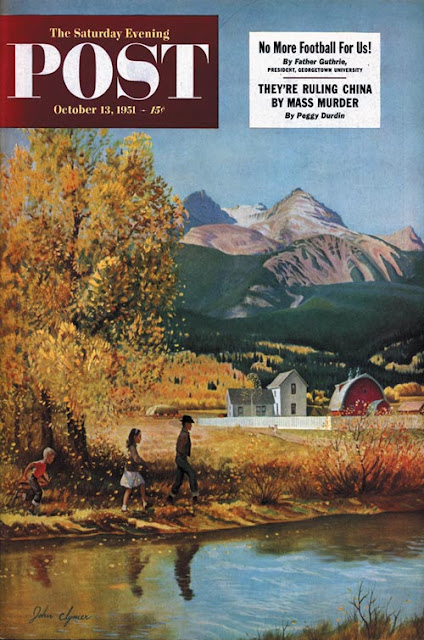 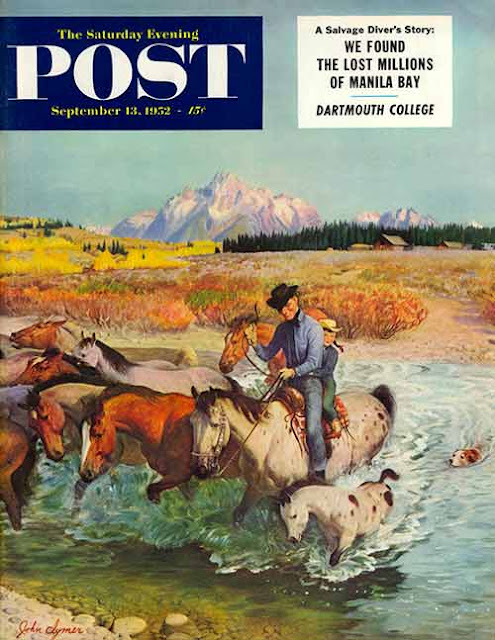 The two covers above obviously have Mountain West settings, but I'm not sure where. The illustration immediately above shows mountains similar to those Clymer would have seen near Ellensburg, but I can't be sure that they aren't the Tetons or some other cluster of jagged peaks. 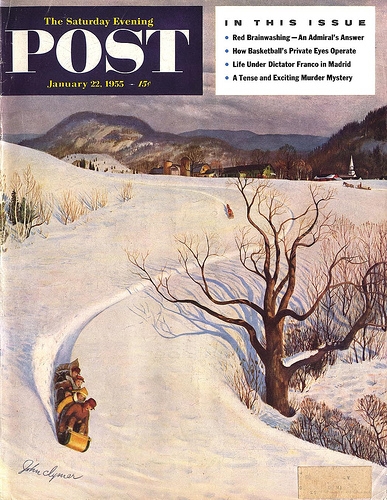 This looks like Vermont, New Hampshire or Upstate New York. It is not a Mountain West scene for once. 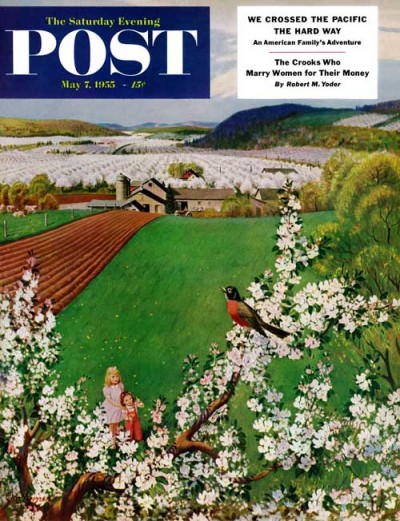 Orchards again, but the green, rounded hills don't remind me of orchard county in Washington or British Columbia. 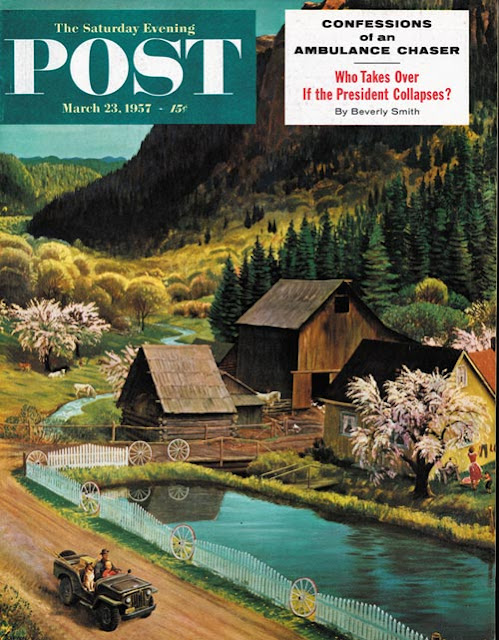 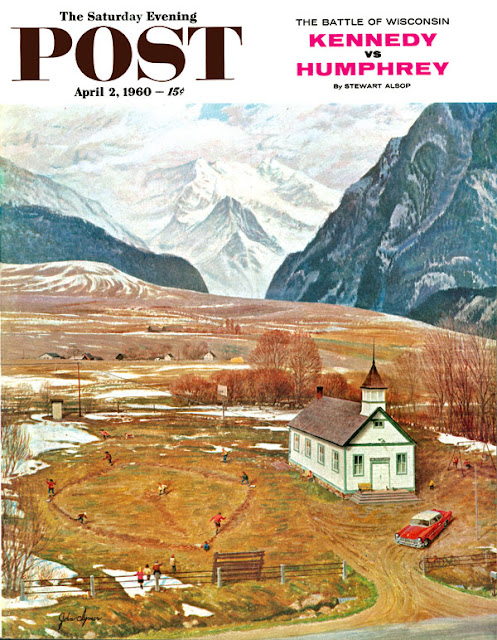 Back in the Mountain West. The upper scene could be in any number of places. The lower cover has pretty dramatic mountains, but I can't place them; can any reader help? 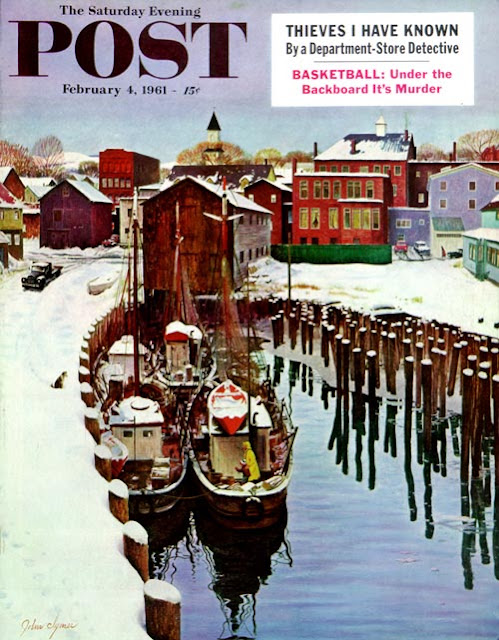