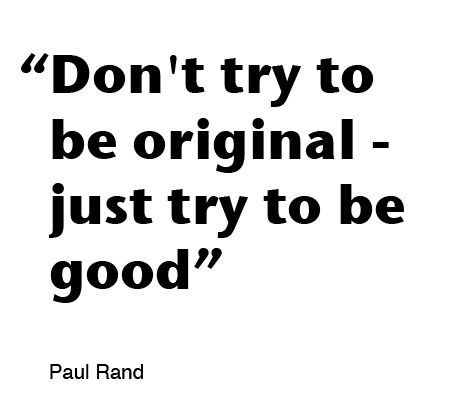 A very cursory web search didn't point to the actual source of the above quotation, but the agreement is that it indeed came from graphic designer Paul Rand (1914-96), a dominant player in that field for decades.

Of course, there were some who used it as a departure point for other ideas such as "Don't try to be good, just original" and "Try to be both original and good." Me? I'm with Rand. The modernist emphasis on creativity (= originality) has led to some bad side-effects including the nearly invisible amount of true instruction I received as an undergraduate art student (apparently they thought training would kill creativity). If one tries to be good doing art, a useful dab of creativity has a decent chance of creeping in.

Back to Rand. A website dealing with him is here. It contains a biography, a large collection of photos of Rand and many examples of his work, some of which are shown below.
Gallery 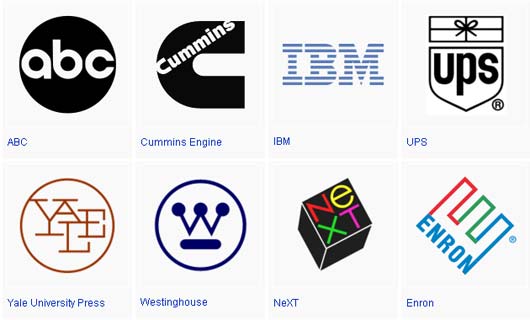 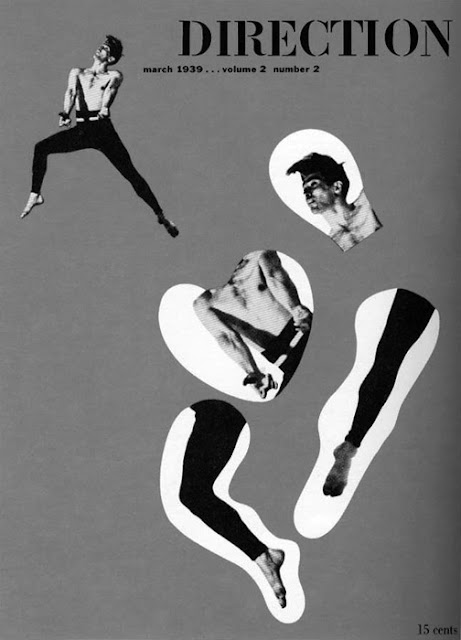 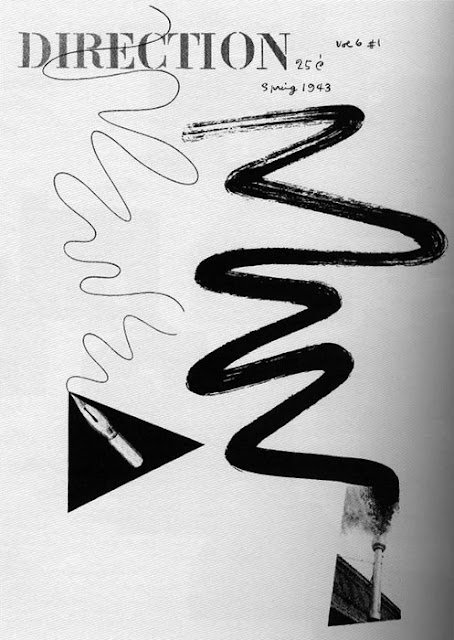 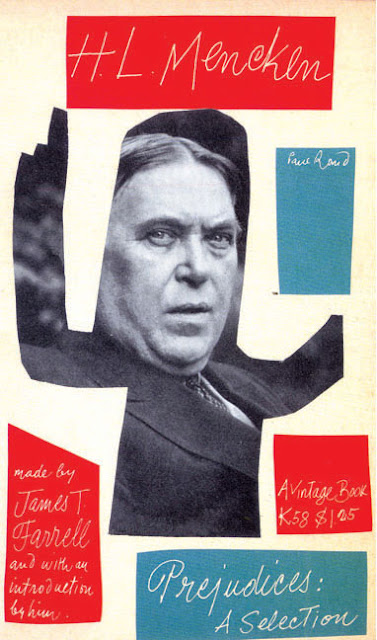 Unused logotype for Ford - c.1960
My take on Rand is that he was indeed a master of his trade. That said, I think his strongest work was in the field of logotypes and graphic corporate identity.

A good deal of the rest of his work was in the odd, spotty graphics that were most popular from the late 1930s into the mid-1950s. Other designers followed Rand's lead, and a fair amount of it was found in page designs and advertisements that were intended to look "sophisticated." This style is evident above in the images of magazine and book covers. I find it for the most part too unstructured and insubstantial for my visual comfort.

In contrast, Rand's corporate symbology was usually solidly structured incorporating strong design elements. It was highly influential: I recall a student project where I tried to come up with a simple, modernist logo for Miller Beer that of course was a design failure.

Speaking of design failures, Rand's attempt at redesigning the classic "Ford oval" falls into that category. Ford was wise to shelve his proposal. Even the best designers have their off-days, it seems.