The "Molti Ritratti" set of posts usually deals with views of a single person as painted by several artists. But this time, I'm pulling a semi-switcheroo. It's still a case of a single subject, but this time all the paintings are by the same artist.

The subject is Otto von Bismarck who more than anyone else can be said to have created the German Empire from a scattering of lesser states. The artist is Franz Seraph von Lenbach (1836-1904) who was an important and successful Munich School painter. A plaza in the city bears his name and his house is now an important museum. A major collection of Lenbach works in the United States can be found here.

So why did Lenbach paint so many portraits of Bismarck? (I forget when and where and how many, but once I came upon an estimated number, probably somewhat greater than a dozen. Seems to me that source or perhaps another mentioned that Bismarck did pose for Lenbach, but that Lenbach also made extensive use of reference photos to supplement the sittings. This seems to make sense, but keep a grain of salt handy.)

When I was in the army, someplace in each unit's facilities would be a chain-of-command photographic portrait collection starting with the President and working down through the Secretary of Defense, Secretary of the Army, Army Chief of Staff, commanding general of the army to which the unit was assigned, various unit commanders, perhaps a post commander and so forth. This sort of thing is found in many kinds of government agencies in the USA and probably elsewhere; it's what bureaucrats do.

I don't know that German bureaucrats and officials in the late 19th century did. Yes, photography was available, but it seems likely that someone as important as the Kaiser or his Chancellor should deserve more than just a photo. Which is one possible reason for Lenbach's Bismarck commissions. No doubt some such commissions were from nobles or major political figures. But lacking a catalogue raisonné for Lenbach, it can be troublesome to locate all of his Bismarck portraits and their provenance starting points.
Gallery 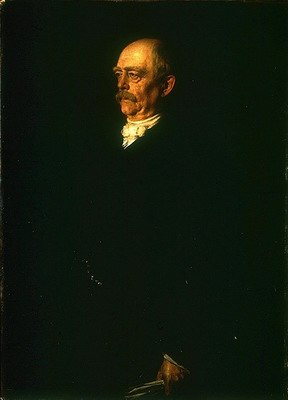 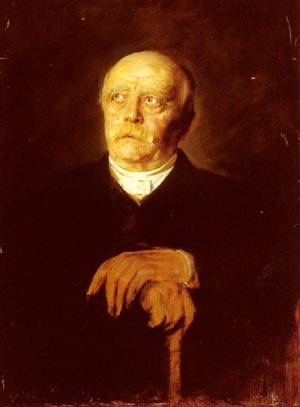 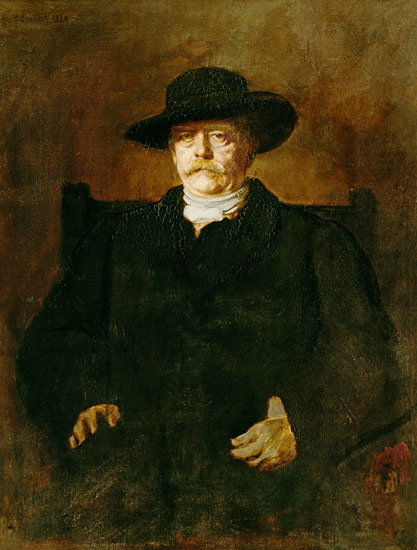 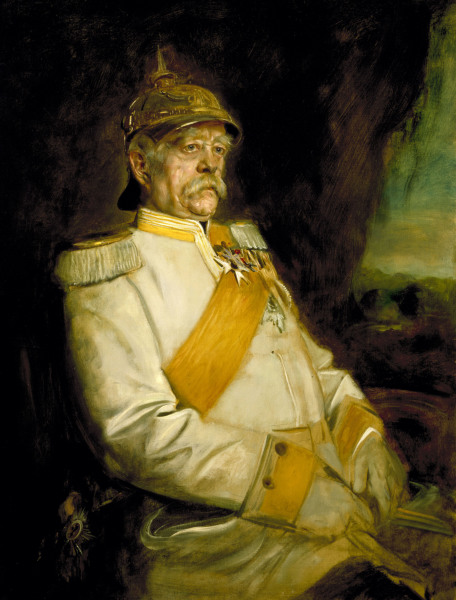 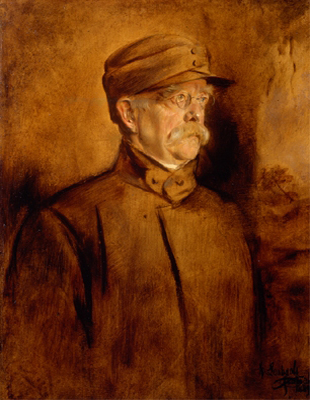 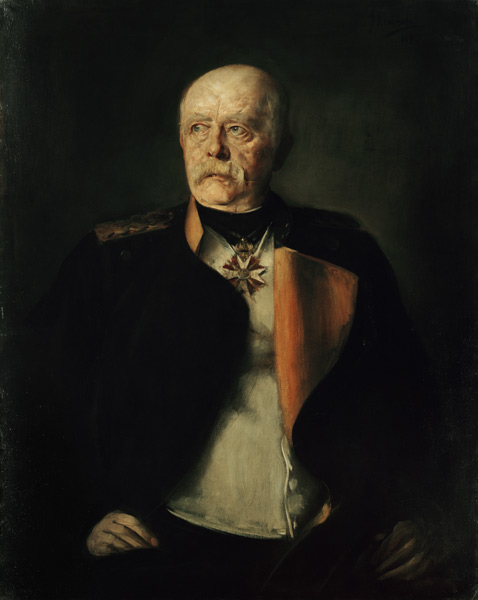 I find it interesting how much variety Lenbach was able to introduce in the form of costuming and even poses. No doubt this was influenced by what sort of commission he was working under. Even so, some near-duplicates are known to exist: the text in this link to the Walters Art Museum notes that the Baltimore painting is like one in Munich's Lenbachhaus.