William Clarke Wontner (1857-1930) Liked to paint beautiful English women who usually were costumed in an oriental manner. Nothing seriously wrong with that: as any magazine rack will attest, pretty girls rule, and in late 19th century Europe Orientalism continued to be a popular painting genre.

Apparently Wontner had a good thing going because he painted many images in one-third length portrait fashion. Seen in isolation, this isn't in itself a problem, but his formula becomes obvious when several are seen at the same time. Take a look: 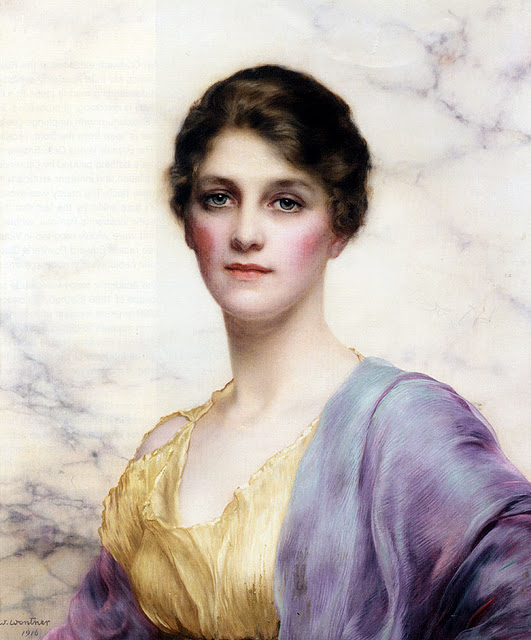 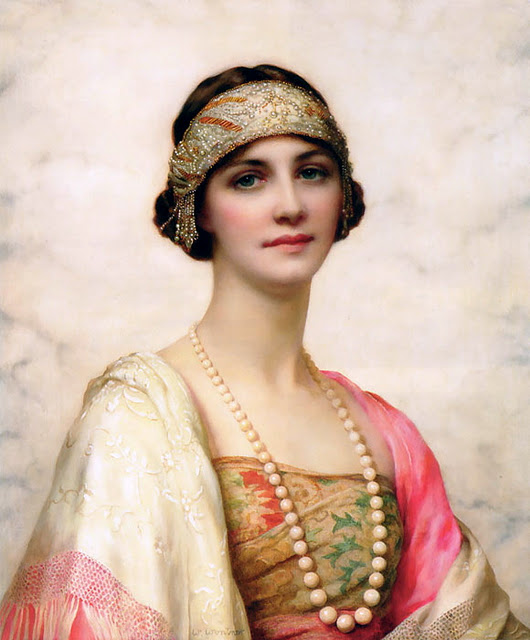 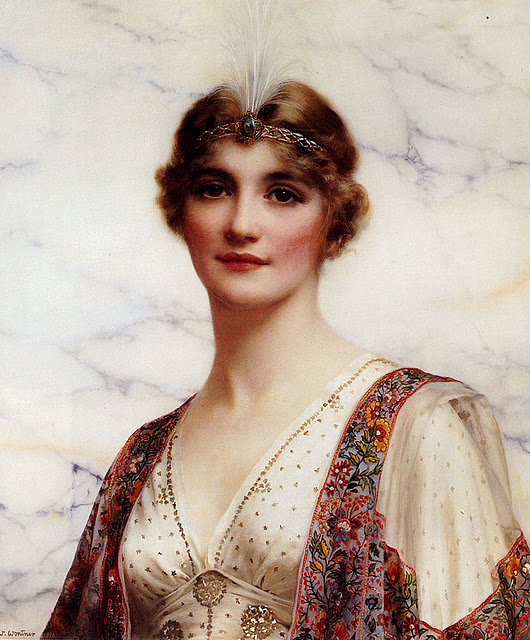 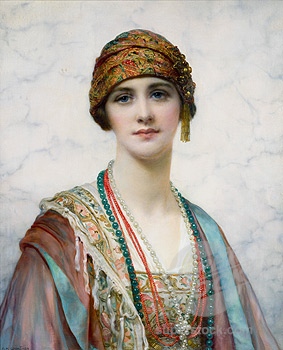 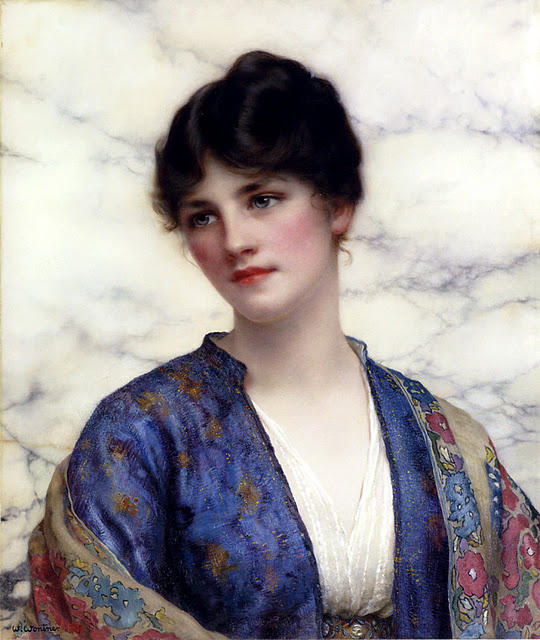 Valeria
Wontner didn't follow that formula exclusively. Below are images that feature some variety. 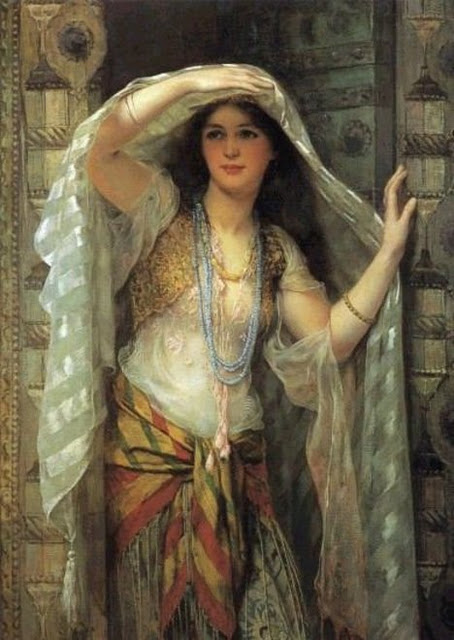 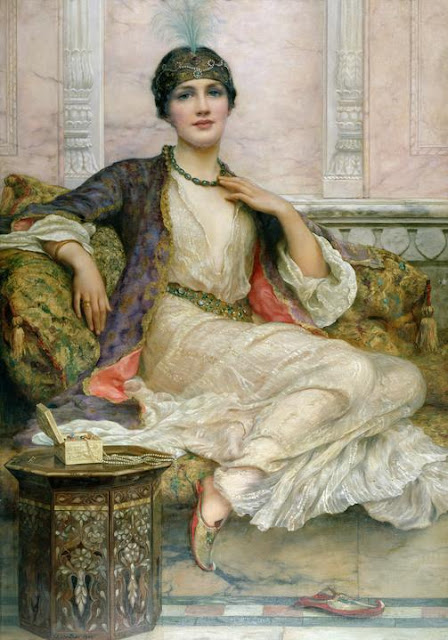 The Jade Necklace
Wontner treated flesh and fabric with skill. He also avoided the "classical" version of the female face that was fashionable over much of the 19th century in some artistic corners. That is, the faces he painted are more like what we encounter daily. Moreover, he included hints of individuality and personality.

Lacking is any sense of psychological or narrative depth to his subjects: it's largely a case of decoration. And there's the matter of his models being obviously English rather than from Persia, Baghdad or whatever part of the Middle East the costuming suggested.

Apart from technique, it's hard to take Wontner's work seriously, pretty though it (and his subjects) might be.