Burton Silverman Goes Soft -- Or Not 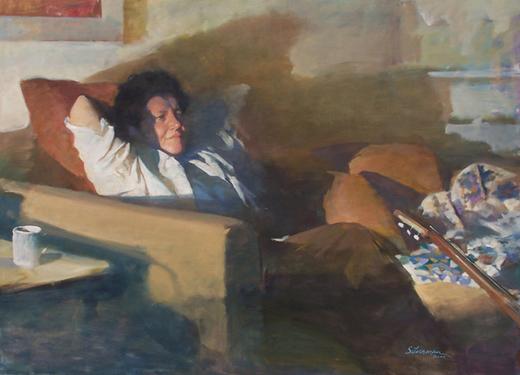 While window shopping art galleries in Taos, New Mexico recently, I spotted the painting shown above ("Summer Night" ca. 2001) at Total Arts Galley. It was by Burton Silverman, yet it has a different "look" than the Silvermans I am familiar with.

The difference is that it's a lot softer looking than I've come to expect from Silverman. He tends to paint crisply, especially in focal areas.

Here are other examples of his work: 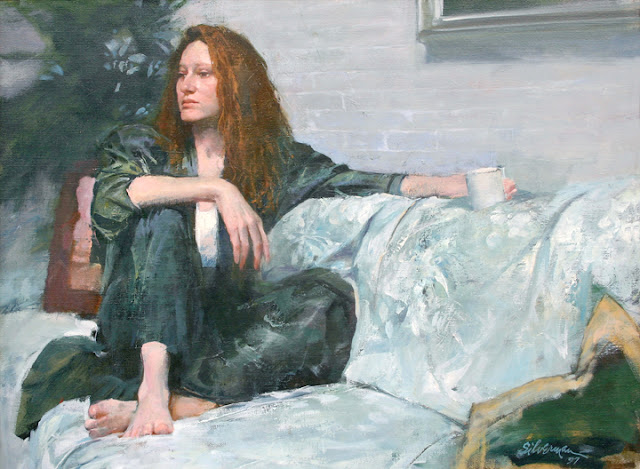 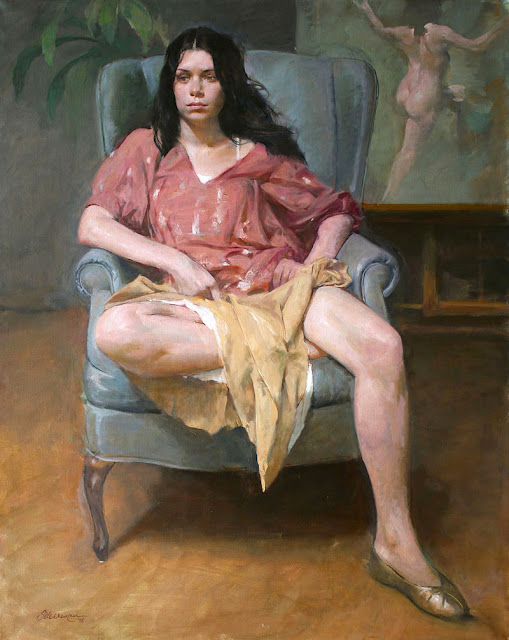 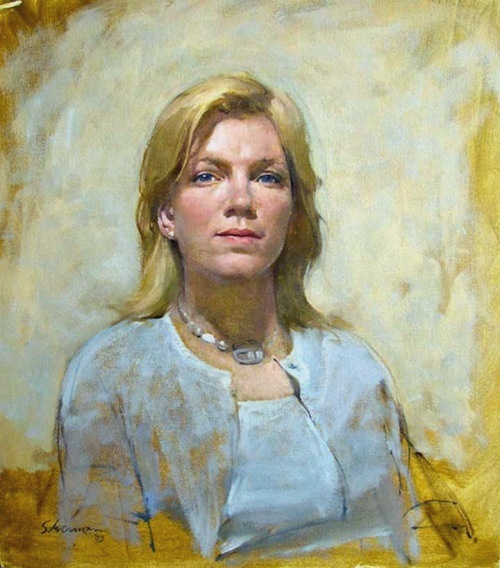 Anne Benson
At first, I wondered if he had changed his style. But no, he painted it about ten years ago and what he's done since is typical Silverman. What I think happened was that he allowed the setup surrounding his wife Claire to intrude into the foreground more than he usually does and had to soften it so that it wouldn't distract from her. Further, the interior lighting is somewhat softer than the starker lighting usually found in his interior scenes. The net result was a surprising Silverman (well, surprising to me).

I like Silverman's work a lot. He is extremely good at faces, which is why he has gotten many portrait commissions over the years since he abandoned his career as an illustrator. Plus, he has a quirk that fascinates me. Note that he includes fine, black lines in finished paintings. Some appear to be little accents that help define the structure of his subject. Others are more like the residue of sketching.

And I wonder how he does those lines. Since I'm too cheap to buy one of his demonstration videos, I'll have to guess. He paints in oil, so they probably aren't via pen and ink. Moreover, they're often pretty long, and that tends to rule out palette knives and most fine brushes due to the amount of paint they can hold. For now, my theory is he uses fine flat sable brushes, stroking sideways. Yet many of his lines are long and uniformly thin, which suggests the palette knife or pen theories I just set aside. Other theories or (better yet) solid information would be greatly appreciated, so please comment.