I am kicking myself. Really hard. You see, I was in Telluride, Colorado, the old mining town - cum - deluxe ski resort in September and had totally forgotten that illustration master Bernie Fuchs painted views of the area and was the subject of a major exhibit in a gallery there a year or so before he died. I have a copy of the catalog and had I remembered to do so, I could have brought it along and correlated his Telluride scenes with what I was observing. This would have been interesting because artists necessarily have to be at least a little selective in what details they paint and also can invoke artistic license if deemed necessary.

For readers not familiar with Fuchs, here is his Washington Post obituary, here is a post by David Apatoff, a blogger who knew Fuchs personally and here is the Web site of the Telluride Gallery which held the exhibit and sells his works.

Since I didn't duplicate Fuchs' points of view, the best I can do here is pair two of his paintings with two of my photos that deal with the same subjects, but from different viewpoints. Also, he painted in winter whereas my photo showing mountains includes a dusting from an early storm that passed through two days earlier. 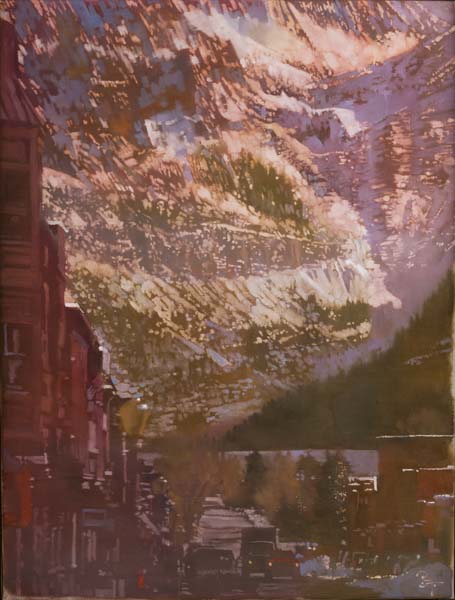 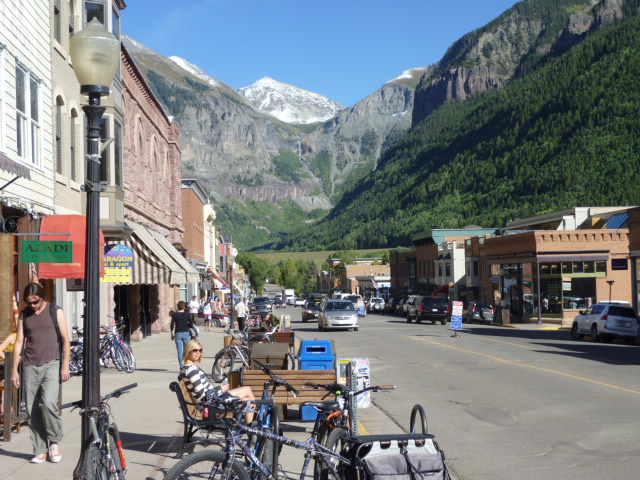 Looking down East Colorado Avenue
Fuchs placed himself a block or two farther east than from where I shot my photo. His painting has a telephoto lens perspective, so it's quite possible that he worked up the painting from a reference photograph. 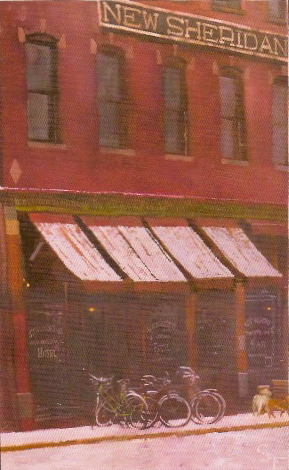 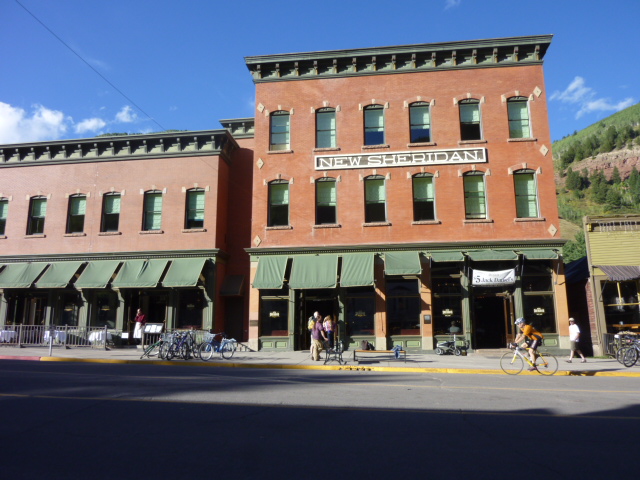 New Sheridan Hotel
My shot of the old (but recently restored) New Sheridan was taken from directly across the street whereas Fuchs seems to have selected the lane in the middle of Easy Colorado that is used as a zone for temporary parking for unloading while checking into the hotel.