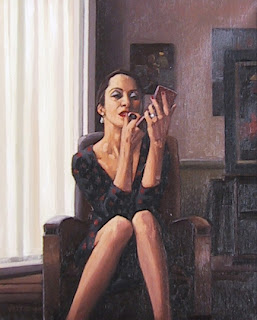 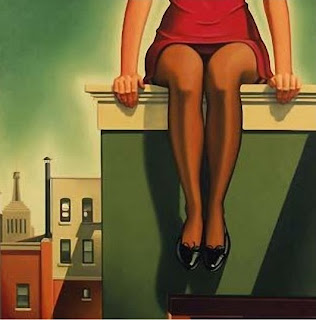 The painting at the top is "Only the Deepest Red I" by Scottish painter Jack Vettriano (1951 - ), the other is by Californian R. Kenton Nelson (1954 - ). As I'll try to show in this post, the artists have a good deal of overlap, though it's far from complete.

Vettriano's website is here. Information on Nelson can be found here and
here, though it is less comprehensive.

Similarities? As you can see by their birth dates, they are near-contemporaries. Some of their paintings are filled with warm tones. There is a tendency to poster-like simplicity. They like to portray pretty women.

As for differences, Vettriano is self-taught whereas Nelson had formal art training. Nelson usually paints pleasant scenes while Vettriano often deals with demimonde sexually-related subjects, particularly in his later work. Finally, as best I can tell, Vettriano makes a lot more money from his art than does Nelson.

I've never seen neither a Vettriano nor a Nelson in person, so I dare not compare further. But you can look at the sample below and draw conclusions if you like. 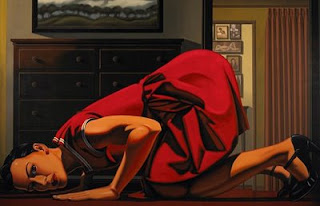 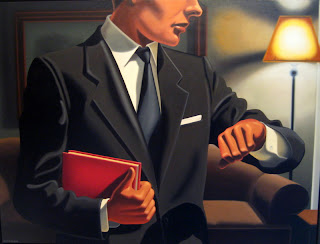 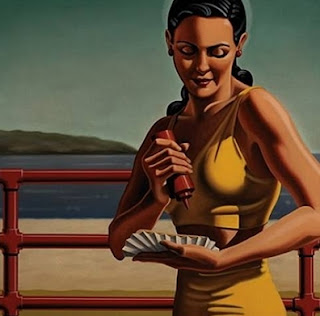 The images above are by Nelson. I don't have titles. Below are some by Vettriano. 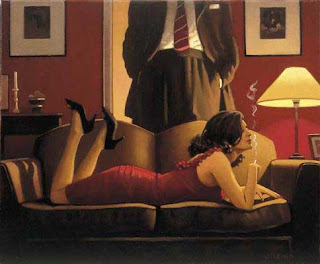 The Parlour of Temptation 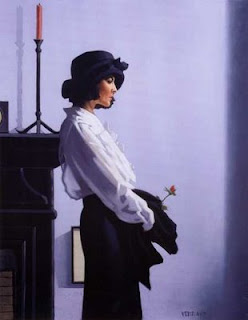 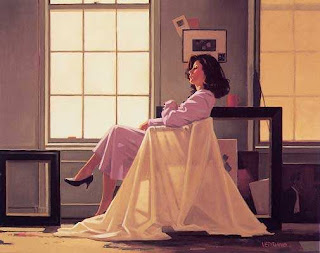 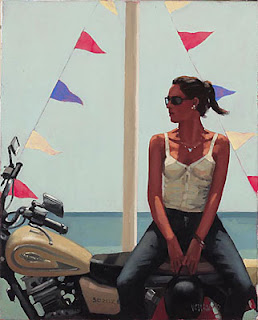 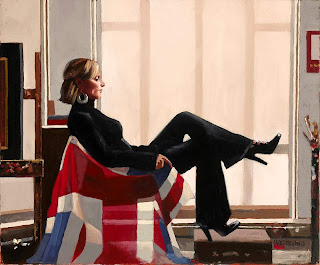 Portrait of Zara Phillips, 13th in line to the throne 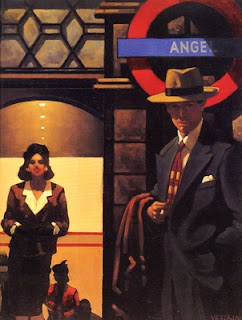