Rene Bouche: Fashion Illustration and Beyond


Fashion illustration master René Bouché (Robert August Buchstein) was born in Prague 20 September 1905 and died in England 3 July 1963, though his career was in Paris in the mid-late 1930s and the United States thereafter. The most detailed biographical information I could find is here.

Fashion illustration is pretty much an artistic ghetto, given that it's a sub-field of illustration, itself a second-class citizen in the art world. But being a fashion artist has its advantages. Vogue and other publications could bring you a lot of money provided they accepted a lot of your work and would even put it on the cover from time to time. Also, given the well-heeled nature of its readership, a reputation as a famous fashion illustrator might lead to portrait commissions and other paid jobs.

Bouché did exactly that, as can be seen below. He even did abstract painting and rubbed elbows with New York's Abstract Expressionism grandees. I find his abstractions lightweight, but you are welcome to judge for yourself if you click on this link.

As for his portrait work, he tended to follow his fashion illustration style with pleasing results. This link to "100 Years of Illustration" has out-takes from a Life magazine feature showing Bouché painting actress Tammy Grimes; two pictures from that set are below.

What couldn't Bouché do? No one really knows because he chose to limit his subject matter. But, somehow, I wonder how well he would have done as a Pulp cover artist, portraying combat, or drawing football players for Sports Illustrated.

Here is a sampling of Bouché's work.
Gallery 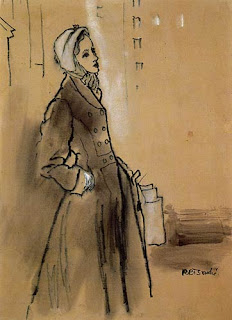 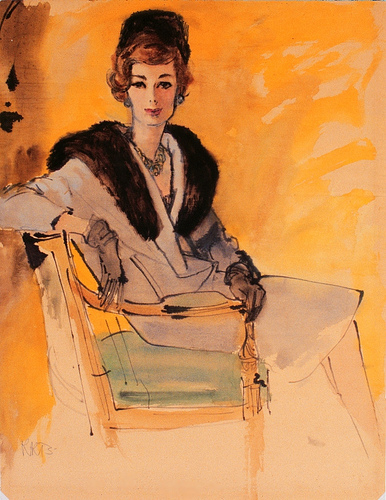 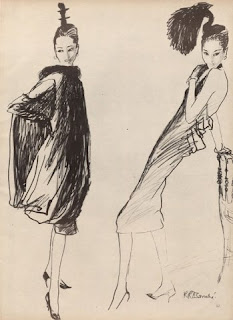 Another fashion illustration, this of Givenchy outfits - 1957 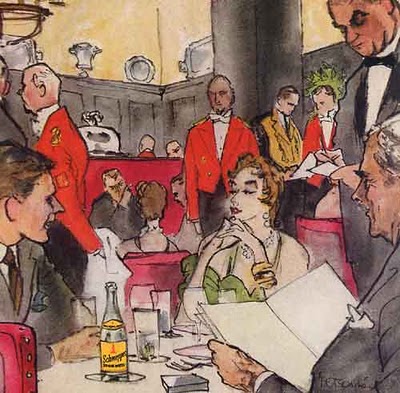 Illustration for a Schweppes advertisement 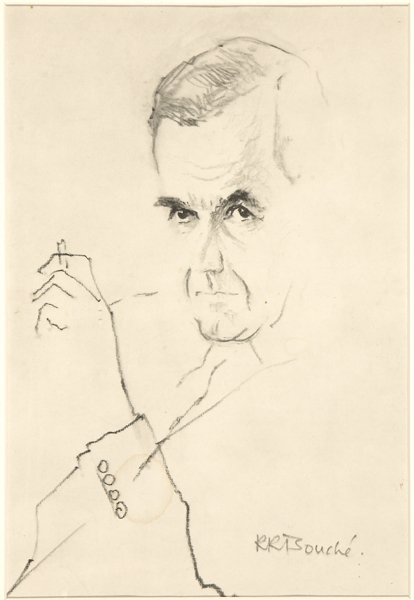 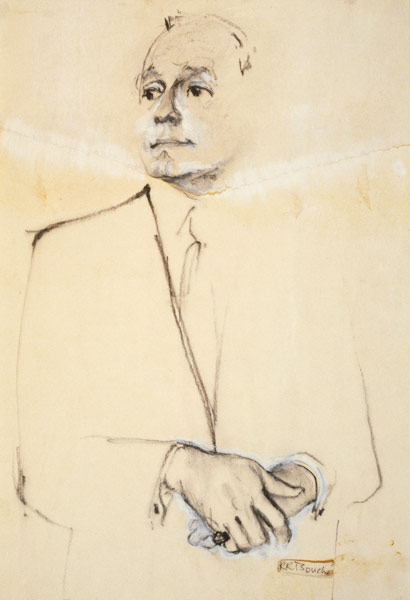 Jack Benny
The CBS television network commissioned Bouché to make portraits of some of its leading performers to use in advertising. At the time (the 1950s) CBS was regarded by itself and much of the general public as being the "classy" network, so it used a classy artist for these portrayals. Younger readers: Edward R. Murrow was a famous newsman and commentator, Jack Benny was one of America's top comedians. 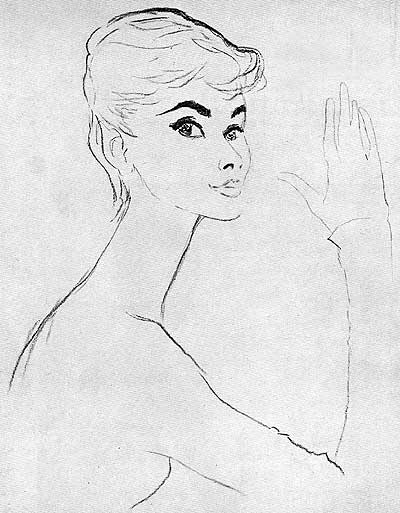 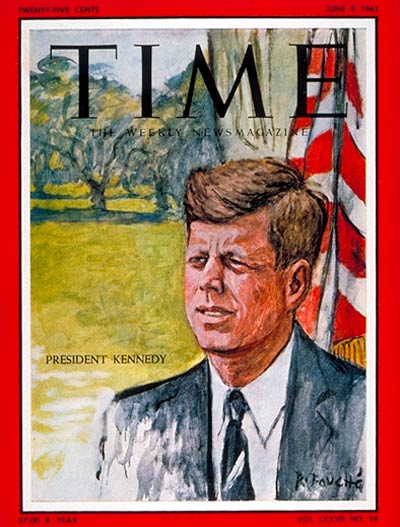 John F. Kennedy - Time Magazine cover, 9 June 1961
Since Bouché did Vogue covers, Time must have figured that he was good enough to do a little work for them. 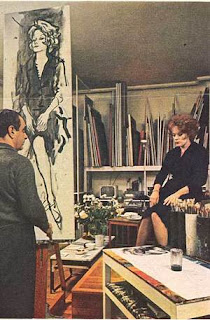 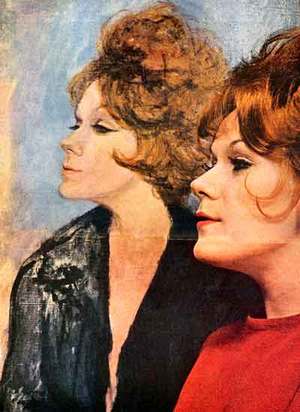 Painting actress Tammy Grimes - Life Magazine, 19 May 1961
Note that the final result (below) is not the same as the initial version (above). 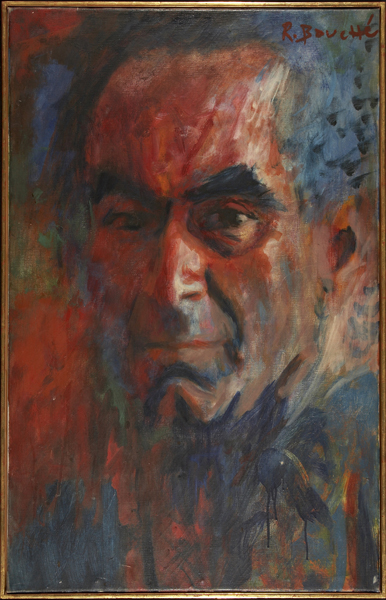 Self-Portrait
This was probably done in the later part of his life.