I posted recently about my visit to the Arts Festival at La Quinta, California and mentioned that an artist's work gave enough food for thought to inspire a future article. Well, the future is now.

The artist was Beverly Wilson who paints bright California scenes that often include strong purple shadows, as can be seen in the picture below. 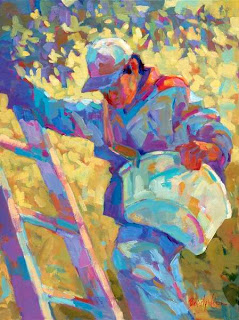 As mentioned in the earlier post, I thought the art show had an above-average quality level for that kind of event. And I'll add that I think Wilson was among the better painters there. However, I also think she goes a little too heavy when it comes to those purple shadows. Yes, it's a means to distinguish her paintings from the rest of the crowd, but the effect detracts a little from what her paintings might have been had she dialed back on the purple.

Sometimes an artist with a distinctive -- even highly marketable -- style should consider dialing back in the name of improved quality.

One artist who recently tried this is Michael Carson. Below are examples of his career-building style and recent works, a few of which I noticed in a gallery in Palm Desert, California about the same time I took in the Arts Festival. 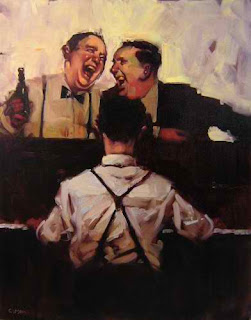 Many of Carson's early paintings were party scenes containing people with exaggerated expressions. 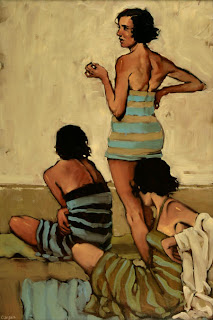 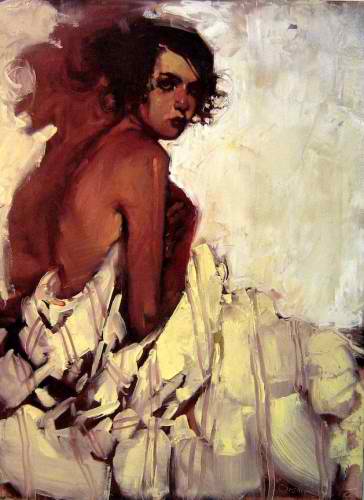 Most of his paintings feature women. These are typical of his previous style: mural-style outlining, skin painted richly with occasional highlight spots as if the subjects had a slightly greasy surface. 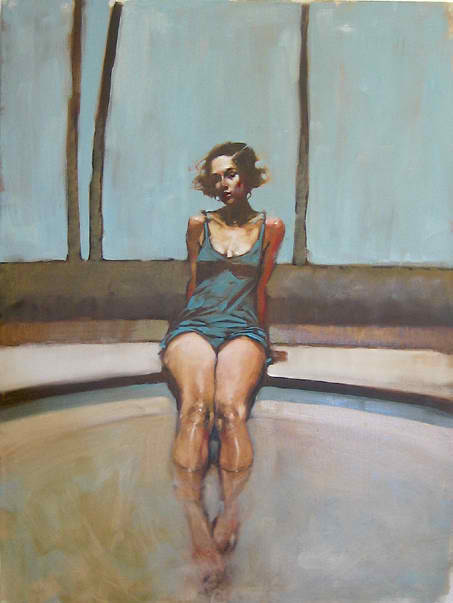 I'm not sure of this, but these two paintings strike me as being transitional between the style seen above and his new style, below. 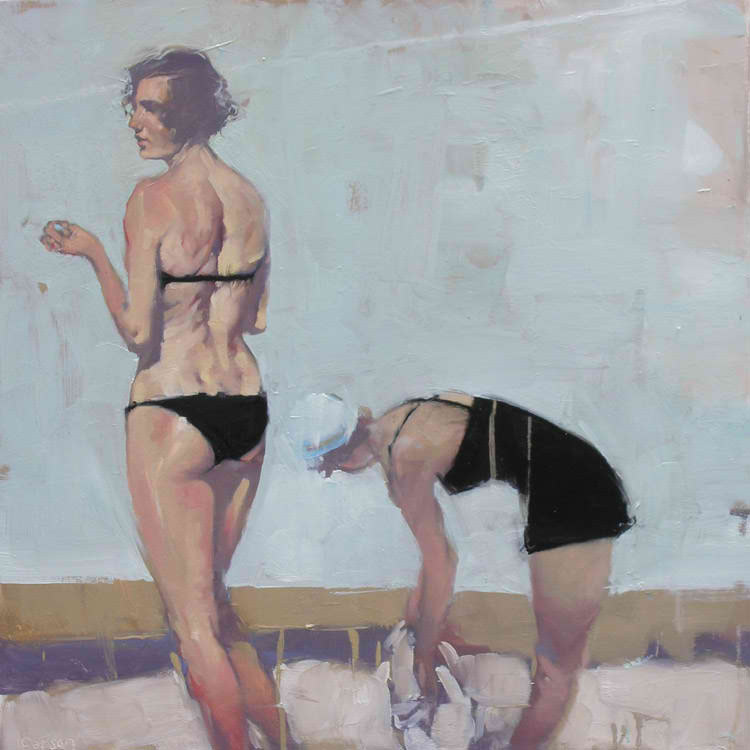 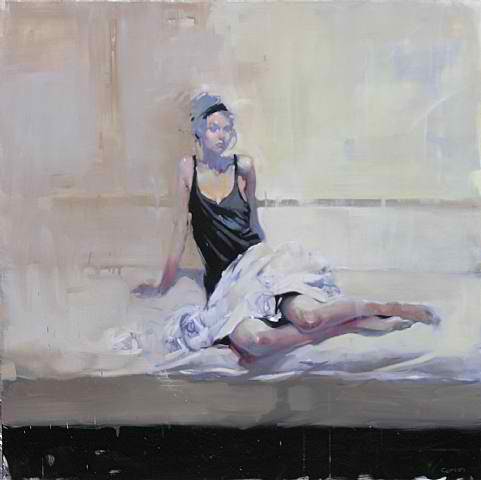 Recent Carsons have lost the bright, shiny skin surfaces. The brightness has faded towards gray. Highlight areas remain, but their impact is reduced thanks to the change of color key. 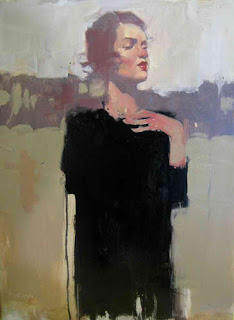 This painting is similar to what I saw in the Palm Desert gallery. More subtle skin color offset by stark blacks of the subject's clothing.

Carson's recent paintings are becoming a far cry from those early party scenes: he's done a lot of dialing back. To his benefit, I think.