Thomas Pollock Anshutz (1851-1912) was a painter and art instructor who studied under and later worked with the better-known Thomas Eakins. Anshutz's Wikipedia entry is here.

He became the lead instructor at the Pennsylvania Academy of the Fine Arts after Eakins left. His students included Robert Henri, George Luks, John Sloan, Everett Shinn and John Marin, all of whom are better known than him today. Nevertheless, Anshutz was a skilled painter whose lack of acclaim might in part be due to his not buying heavily into modernist artistic ideology (if his paintings are any evidence). 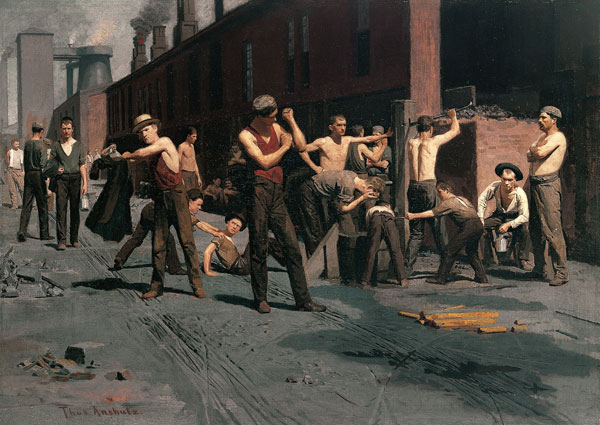 The Ironworkers at Noontime - 1880 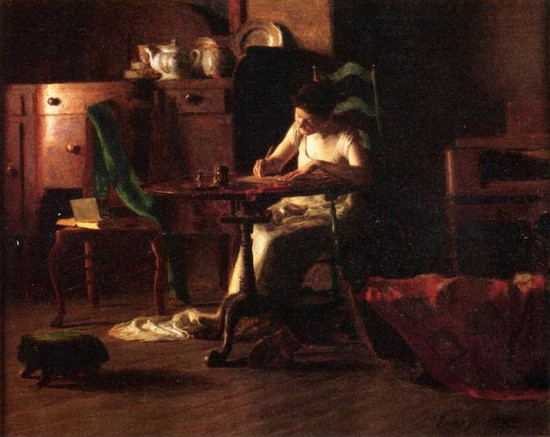 Woman Writing at a Table 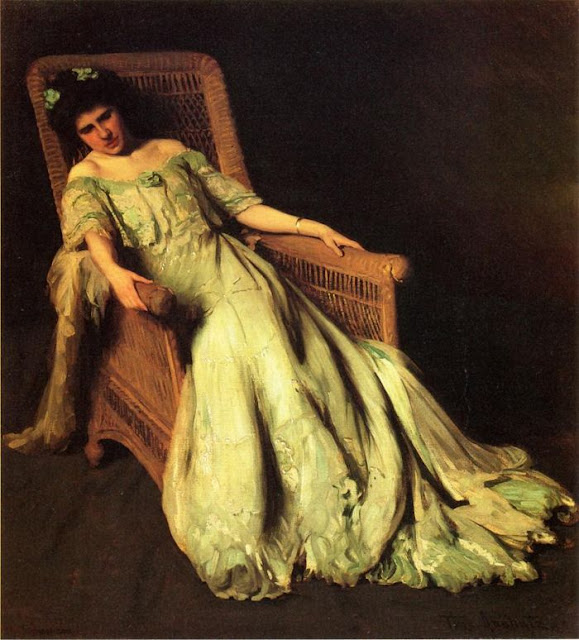 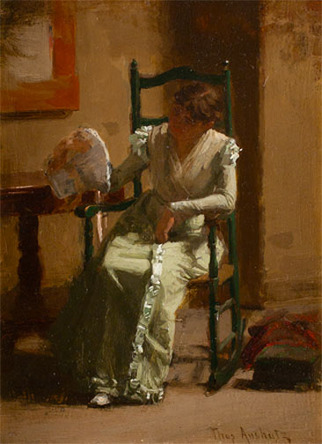 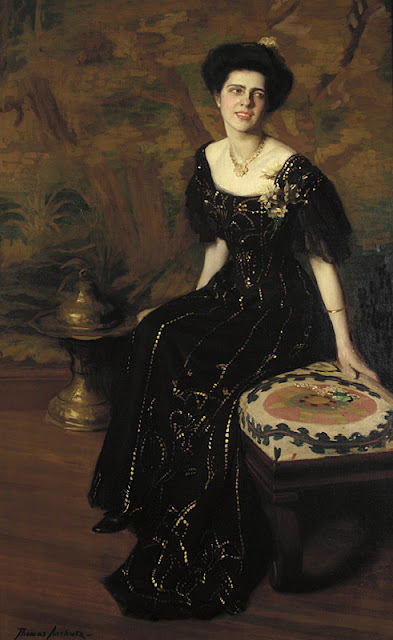