Sir James Gunn (1893-1964, he eventually dropped his first name, Herbert, in favor of his middle name) successfully practiced representational painting in an era when it fell out of fashion. Perhaps this was because he made his living as a portraitist with the Royal Family among his prime clients. Information about him is scarce on the Web, though this site has a biographical note along with a slide show of many of his works.

Gunn was born in Glasgow, son of a tailor who apparently owned a successful business, given the support James received. He studied at the Edinburgh College of Art and the Académie Julian in Paris. During the Great War he served with the Artists Rifles and later as an officer with the 10th Battalion, Scottish Rifles. He was gassed, which resulted in lung trouble for the rest of his life.

He married Gwendoline Hillman, widow of Captain G.S. Thorne, in 1919. They had three daughters, but divorced in 1927. He married Pauline Miller in 1929, that marriage lasting until her death after a long illness in 1950. They had a son and daughter. Pauline was the subject of numerous paintings. Gunn lived in the London area from 1925, but spent some time in Paris 1935-36. He painted many portraits of members of the British establishment including Prime Ministers Chamberlain and Macmillan, plus a group portrait of George VI's family and others of the Royal Family. He painted British officers, including Montgomery in France following the D-Day invasion.

Gunn was elected to full membership in the Royal Academy in 1961 and knighted in 1963. 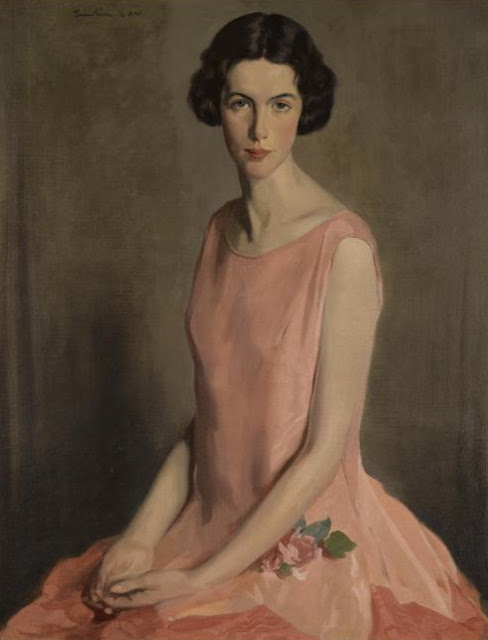 Gwendoline Hillman - 1925
Gwendoline was his first wife. Their marriage might have been heading for the rocks when this was painted.

Pauline, Wife of the Artist - c.1930
Painted not long after their marriage. 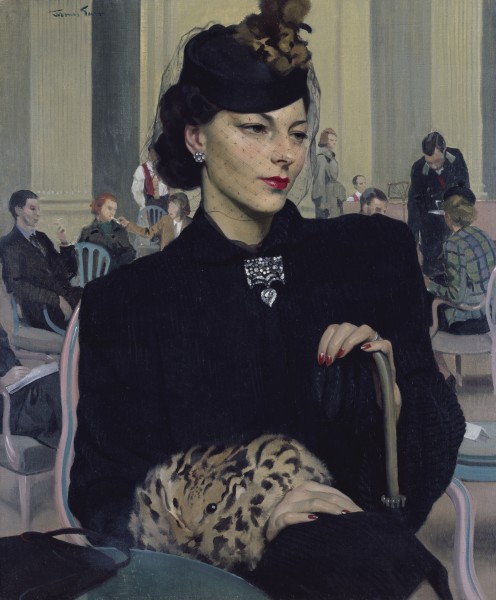 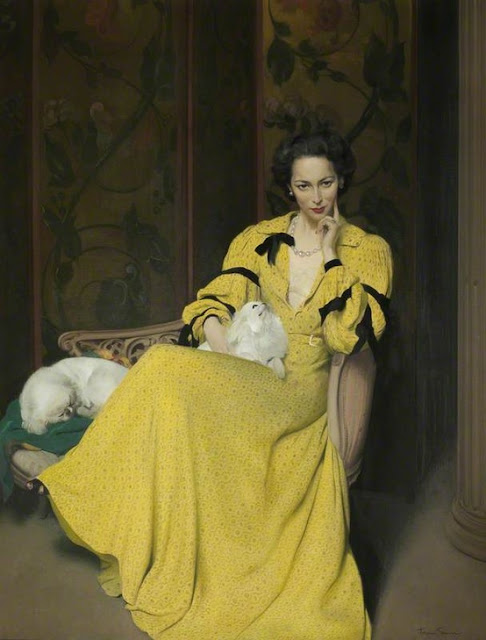 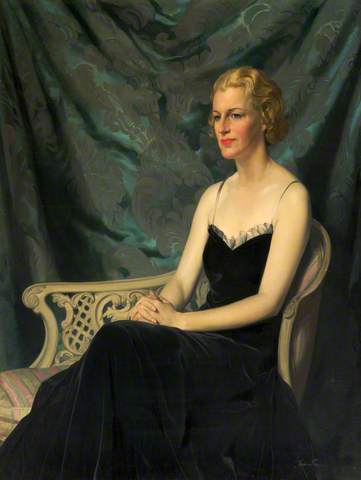 Gracie Fields - c.1940
Fields suffered from cancer around the time this was painted. 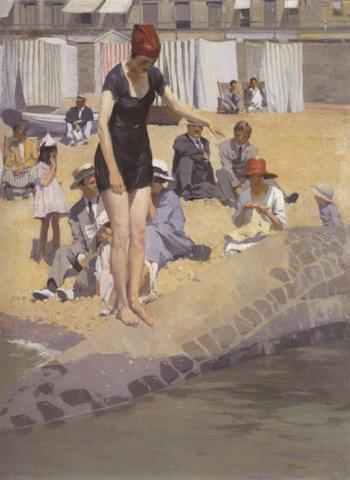 July by the Sea 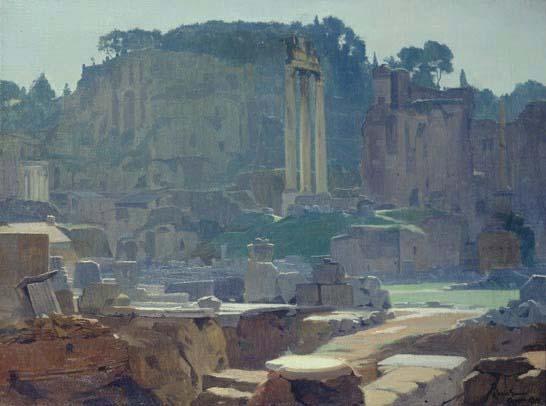 Roman Forum - 1929
Two outdoor scenes, the first probably from the early 1920s. Gunn also painted some sensational nudes not quite modest enough for this site.

Conversation Piece at the Royal Lodge, Windsor - 1950
The Royal Family supposedly at ease (though the posing is stiff). 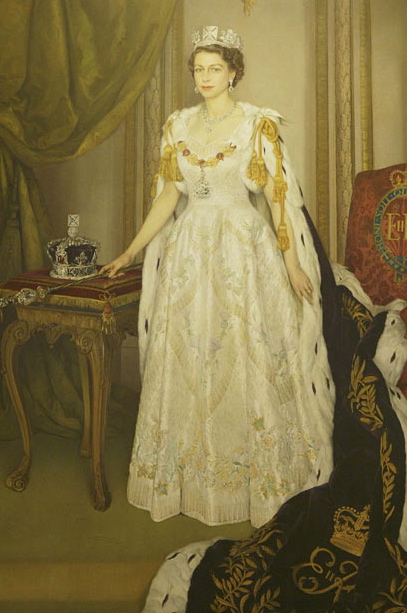 Queen Elizabeth - state portrait - 1953-56
My take on Gunn is that he was highly competent, but lacking the additional trace of spark or flash needed to make him and his works memorable and his reputation stronger.
Newer Post Older Post Home