Mario Cooper and His Glamorous Touch 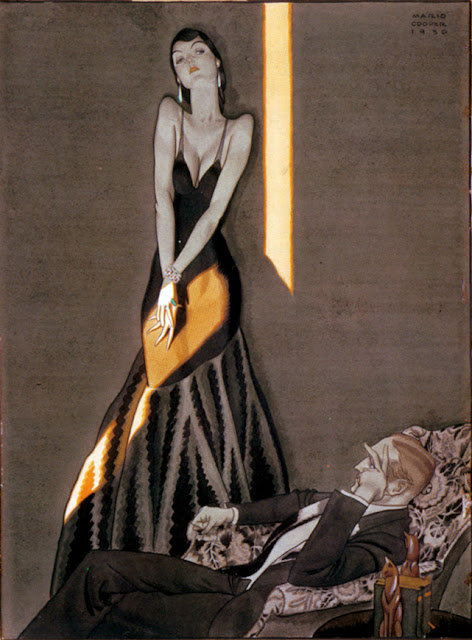 Not much information on Cooper can be found on the Internet as I write this. Here is a collection of his illustrations, and here is a memoir by his wife.

Ernest W. Watson in his 1946 book "Forty Illustrators and How They Work" sketches Cooper's career on page 71 as follows: "Mario Cooper was born in Mexico City in 1905. His father was a Californian, his mother a native of Mexico. When Mario was nine, the Coopers moved to California where the boy received his education. He studied art at the Otis Art Institute and the Chouinard School. Later he studied at Columbia University under sculptor Oronzio Maldarelli. He plunged into the professional world via engraving house, art service, and advertising agencies. He became an expert letterer and layout man. He studied drawing in night classes wherever possible and copied the work of Dean Cornwell, Harvey Dunn and Pruett Carter." His professional break occurred in 1930 when Collier's magazine, a leading general interest publication, first accepted his work. Watson mentions that Cooper's preferred media were colored inks and watercolor.

Below are a few more Cooper illustrations. 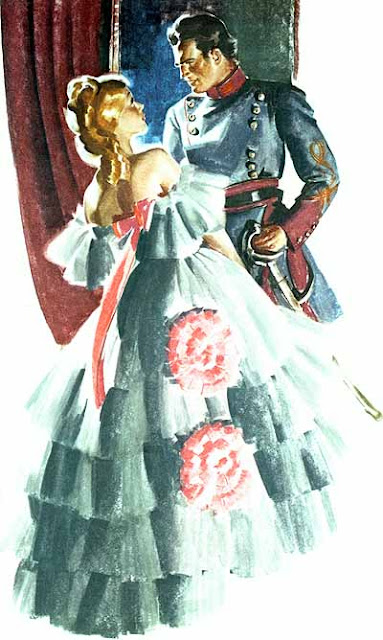 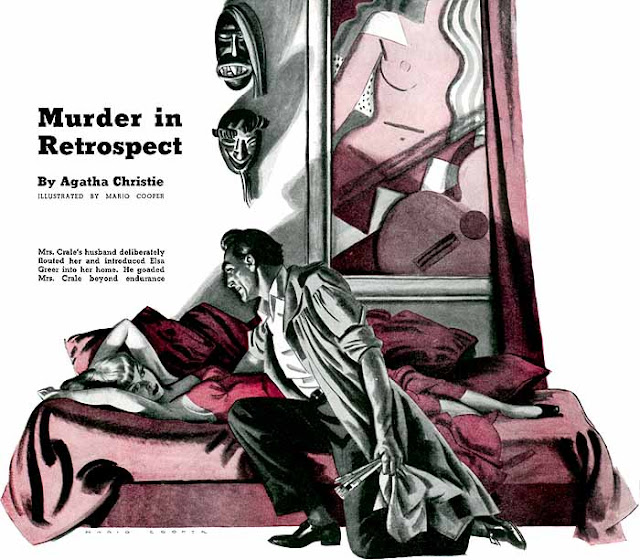