The business magazine Fortune was launched by Henry Luce's Time, Inc. in February 1930, only a few months after the October 1929 stock market crash that set off the Great Depression. While the timing seems poor in light of history, the concept surely made some sense during the period when the magazine was being planned.

Surprisingly, the magazine wasn't scrubbed as the Depression was dragging on far longer than originally thought. I don't know if or when it became profitable, but Luce stuck with it until prosperity finally returned. As I write this, it is still being published.

Fortune in its first decade or so was a classy publication. It was printed on thick, quality stock and illustrated by some of America's best illustrators and photographers. It was priced at $1 per copy or $10 for a yearly subscription. According to an inflation calculator I just accessed, those values translate into about $14 and $140 in 2012 dollars. On the high side, but not impossibly so. 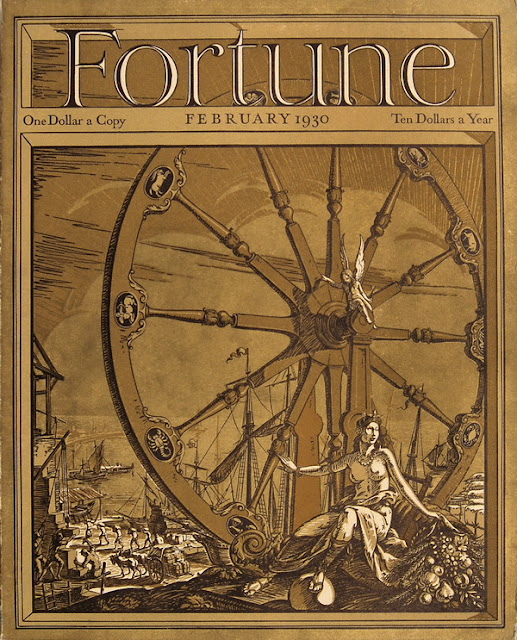 February, 1930
The first issue. Pictured seems to be a wheel of fortune adorned with Zodiac symbols. 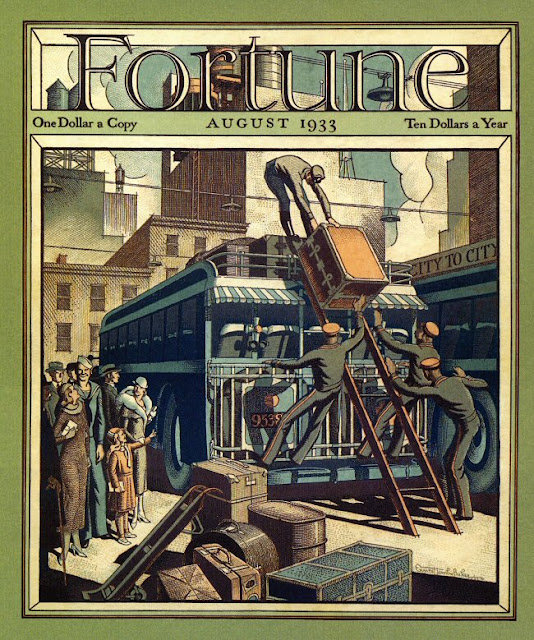 August, 1933
The cover illustration was made by Ernest Hamlin Baker who did many portraits for Time magazine covers. 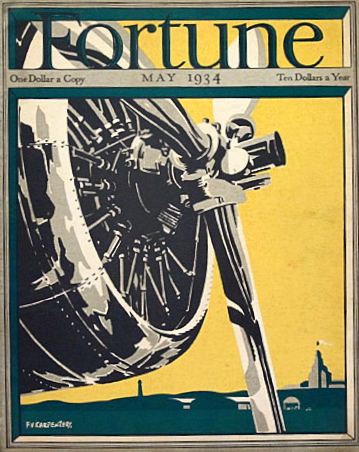 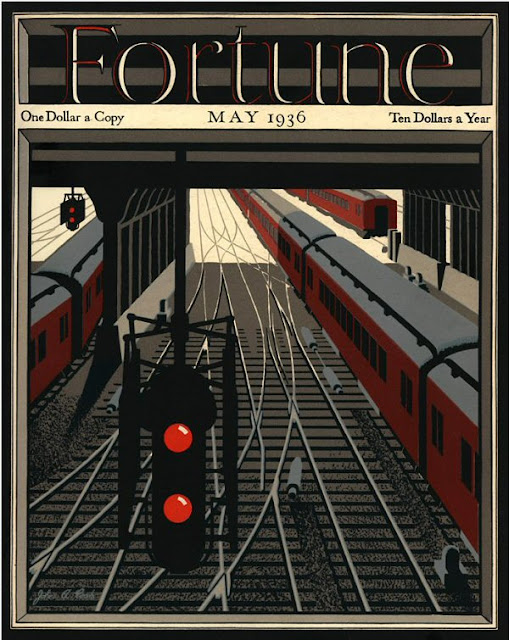 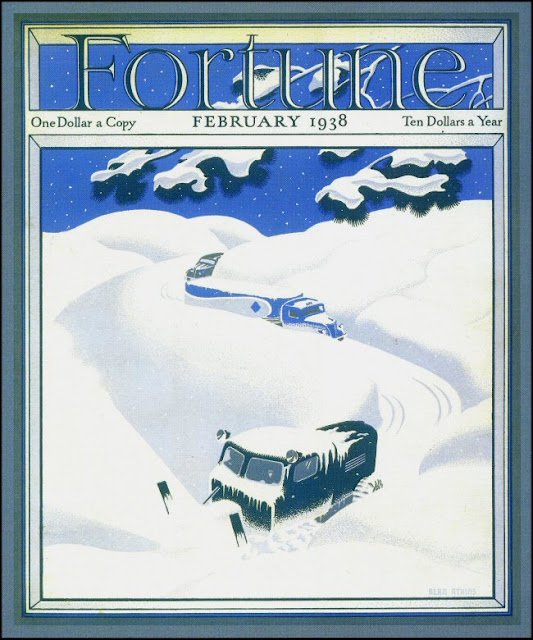 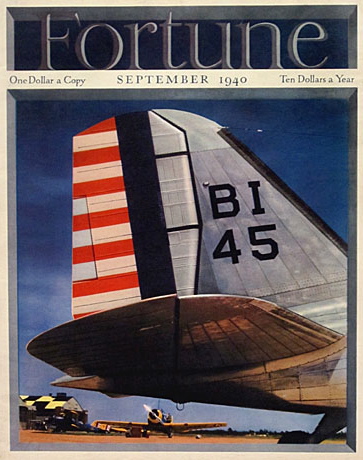 September, 1940
By the start of the 1940s, Fortune was using photography for cover art. The aircraft pictured is a Douglas B-18 of the Army Air Corps' 9th Bomber Squadron based at March Field in southern California. By the time this Fortune cover was printed, the squadron was converting to B-17s.
Newer Post Older Post Home