J.C. Leyendecker's Lighting from Below


J.C. (Joseph Christian, "Joe") Leyendecker (1874-1951) was one of the most famous American illustrators during the first four decades of the 20th century. The most important general-interest magazine in those days was the Saturday Evening Post, and Leyendecker's count of cover illustrations for it was in the same ballpark as that for Norman Rockwell, the top illustrator 1920-1960.

Leyendecker's Wikipedia entry is here, another biographical entry is
here and a site with more examples of his work is here.

Leyendecker had a distinctive style featuring crisp delineation of shapes along with hatching and cross-hatching on his subject's surfaces. This made attempts at imitation too obvious for rival illustrators to try, reinforcing his distinctiveness. Moreover, Leyendecker stuck close to his signature style for most of his career, unlike Dean Cornwell, Mead Schaeffer and other prominent illustrators who modified their styles as illustration fashions and demands of art directors shifted over time.

The Leyendecker dazzle distracted my attention from a tactic that he occasionally made use of. Thumbing through a collection of Saturday Evening Post cover illustrations recently, it suddenly struck me that he was using a light source positioned below the level of his subject's heads in some of his work. The effect of such a light source is nothing unusual for illustrating evil villains and other pulp fiction dramatic scenes. But Leyendecker was using it for elegant subjects.

Consider: a low light source can cast the shadow of a lovely woman's nose upward over the region of one of her beautiful eyes. Painting this effect while maintaining the attractiveness of the subject can be tricky to pull off, yet Leyendecker managed it.

Here are examples of his work that incorporate this form of lighting. 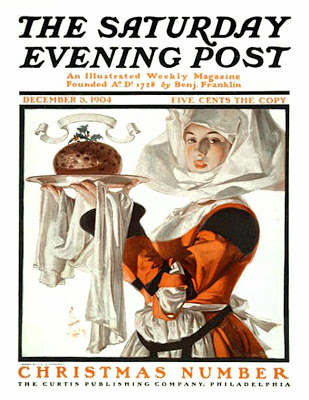 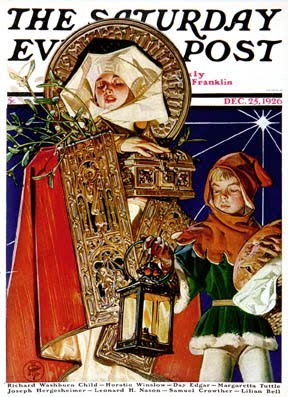 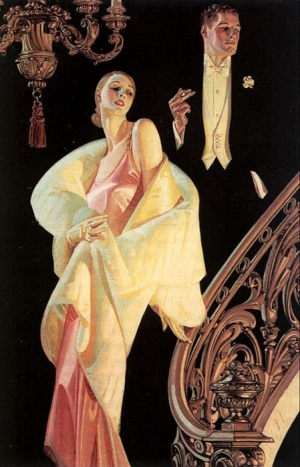 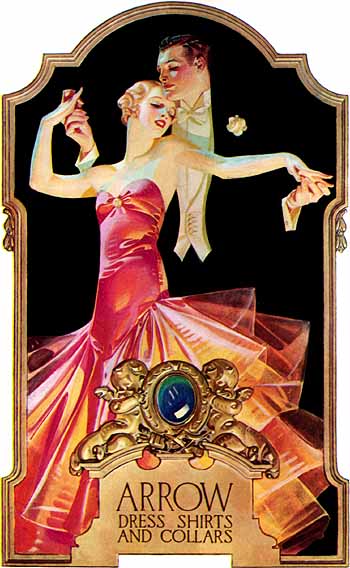 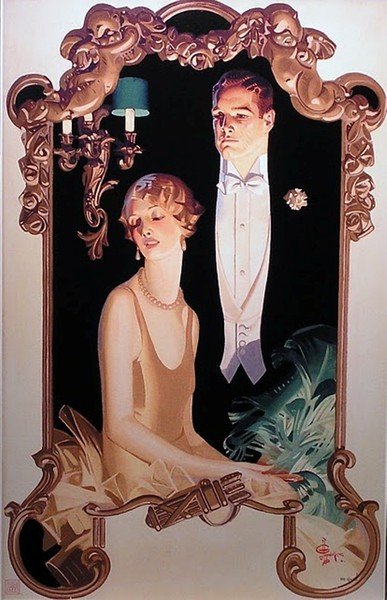