In the Beginning: Thomas Hart Benton 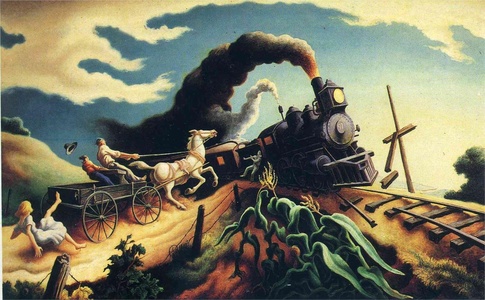 Above is "The Wreck of the Ole 97" painted by Thomas Hart Benton (1889-1975) in 1943. The exaggerated solidity and twistings of subjects and the strong colors are virtual trademarks of the artist's style. But like most mature styles, it was not evident during his formative years.

Justin Wolff's recent biography of Benton indicates that the mature Benton style did not emerge until the early 1920s. Before that, he experimented with a number of styles, hoping to find his artistic "voice." And it seems that he continued to experiment in later years, though those works were probably intended for his own use.

What I find interesting is that Benton explored an especially wide range of styles before hitting paydirt. Let's take a look: 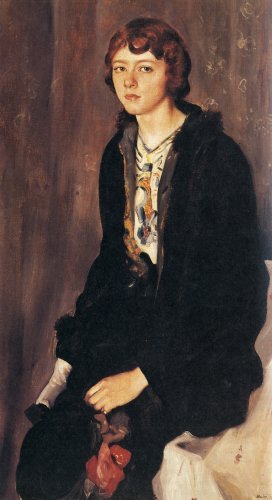 The Artist's Sister - 1913
This painting is entirely traditional, showing that despite his later anatomical antics, Benton was capable of honestly depicting a subject.

The Fish Hatchery, Neosho - 1912
Yet in the previous year he was already tentatively experimenting with modernist stylistic elements. 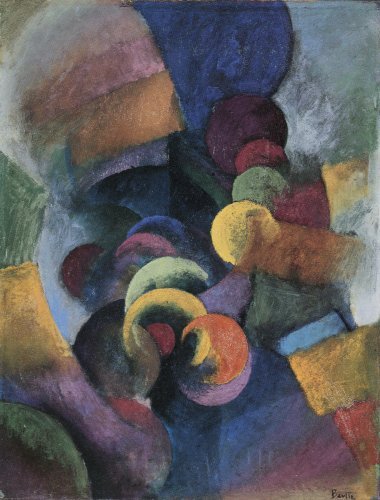 Bubbles - c.1916
He fell under the Synchromist spell of Stanton Macdonald-Wright for a while. 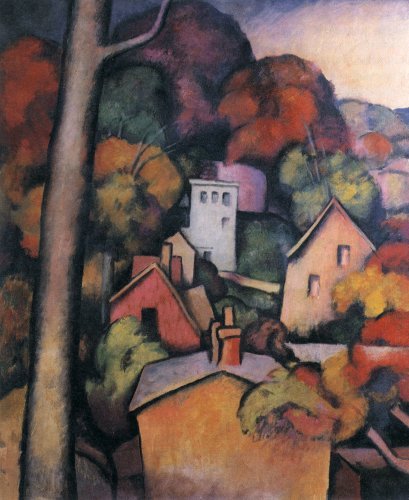 Upper Manhattan - 1917
Then he backed away from pure abstraction to modernist form-simplification with a touch of Synchromist coloration. 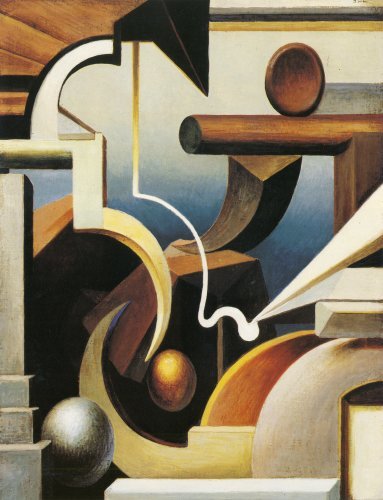 Rhythmic Construction - 1919
Amongst his ziggings and zaggings, Benton included this stab at abstraction. Note the hard-edge look and hints of shapes and colors he would soon turn to in his more representational work. 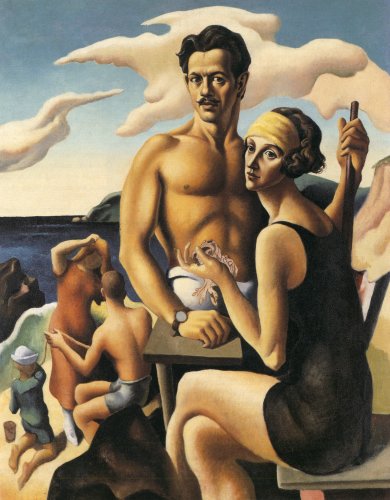 Self-Portrait with Rita - 1922
This is one of the earliest paintings showing Benton's signature style. Rita Piacenza was his new wife.
Newer Post Older Post Home