I assume all those reading this post know who Winston Churchill was, but that assumption might be resting on thin ice, given the quality of educational systems in the USA and some other countries.

He is surely best known to posterity via photography and film, rather than from painted portraits. Nevertheless, portraits of him were painted. Some are presented below in approximate reverse-chronological order.
Gallery 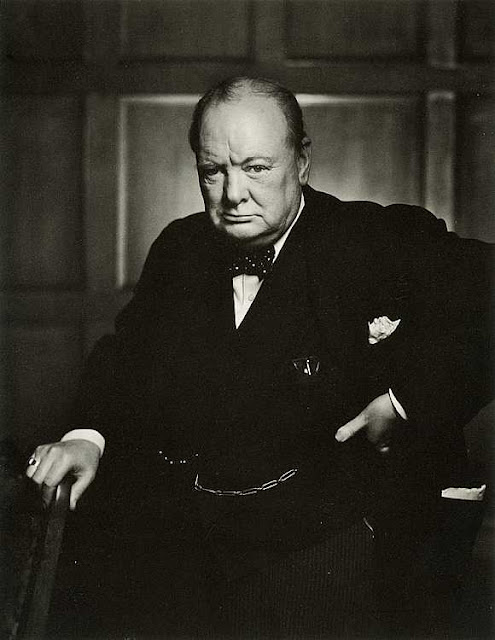 By Yousuf Karsh - 1941
So I changed my mind. Let's start with Karsh's iconic photographic portrait to set the scene. 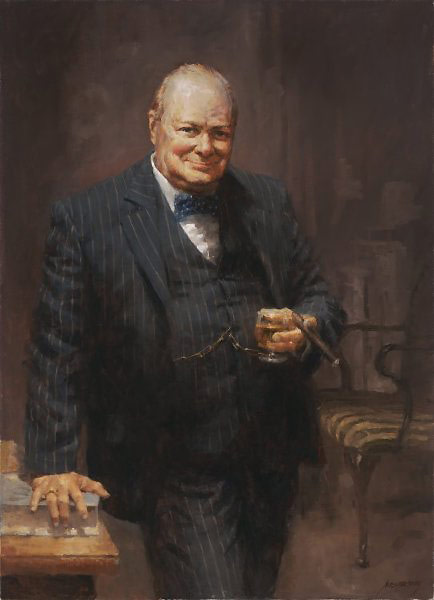 By Andy Thomas
This is posthumous, but I don't have a date. I doubt that Churchill would ever have posed with cigar and whisky. Nor could he have held a smile very long while posing. 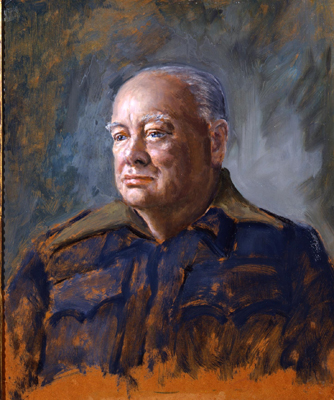 By Bernard Hailstone - 1955
A site showing this image states that it was his last official portrait. 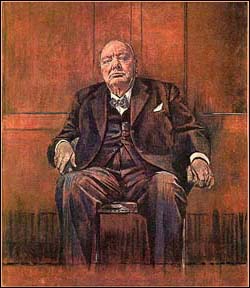 By Graham Sutherland - 1954
This is the portrait that his wife Clementine famously had destroyed after he died. I can't blame her, though one can find defenders of Sutherland's work if you Google a little. 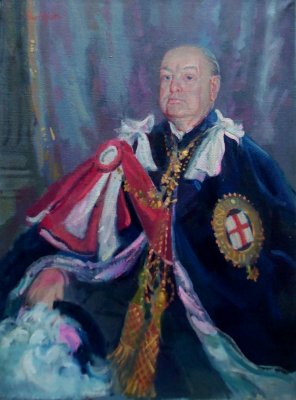 By Paul Wyeth
I could find no documentation about this one, but it clearly commemorates Churchill's induction as a Companion of the Order of the Garter. 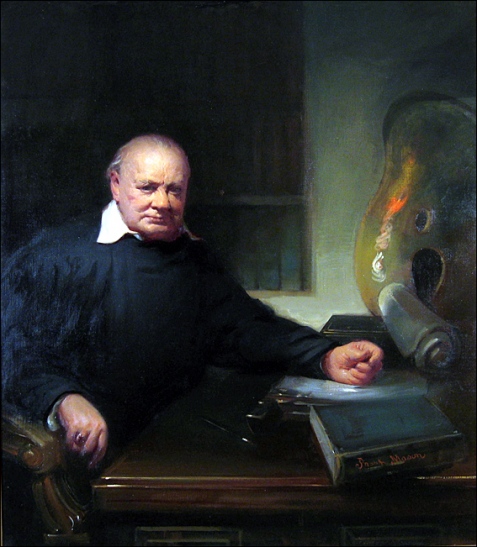 By Frank Mason - 1952
I have no background on this painting either. 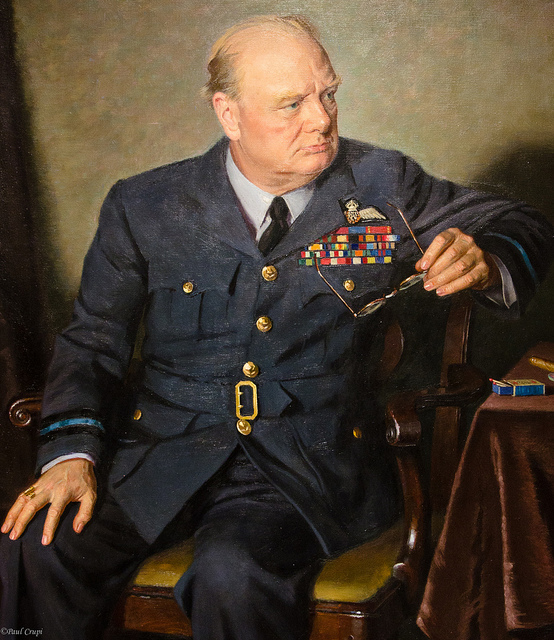 By Douglas Granville Chandor - 1946
This was painted after the war when Churchill was no longer Prime Minister. He is shown in the uniform of the Royal Air Force, in which he held honorary status. 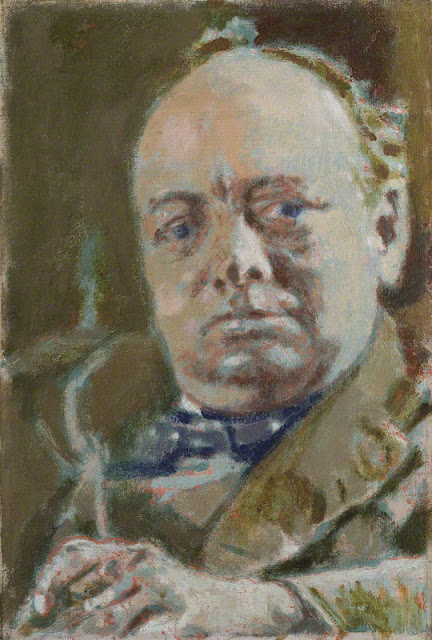 By Walter Sickert - 1927
Apparently Sickert, a friend of Clementine, gave Winston some tips on how to paint and did this portrait sketch. 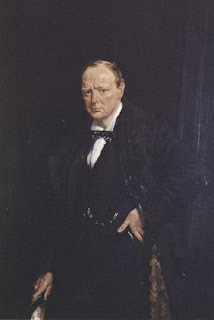 By William Orpen - 1916
In 1916 Churchill was back in the army following his resignation as Admiralty First Lord, so I'm not clear as to when Orpen actually painted this. I suspect 1916 is the completion date and the bulk of the work was done earlier. 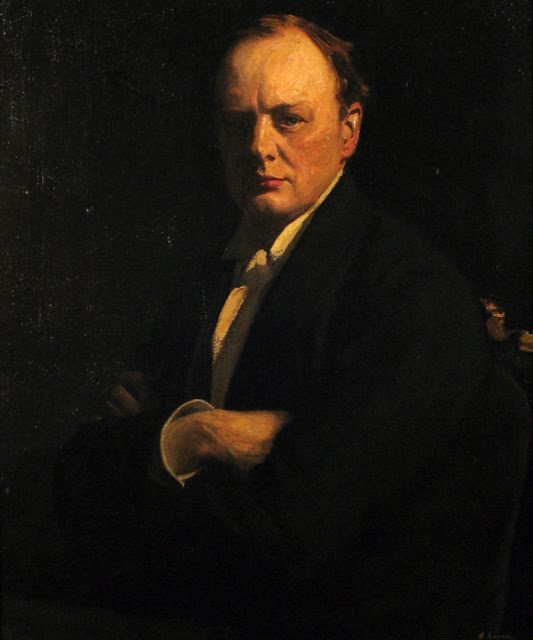 By John Lavery - 1915
This was probably done when Churchill was still First Lord.