William Galbraith Crawford (1894-1978) was a cartoonist / illustrator who left many examples of his work, but little trace of his personal life if Google search results are any indication.

Walt Reed in his book "The Illustrator in America" states that Crawford (who signed his work "Galbraith") was Born in Salt Lake City and attended Brigham Young University for two years before going on to the Art Students League and other art schools. Much of his career was devoted to the "Side Glances" single-panel newspaper cartoon that he took over from George Clark in 1939.

I am more partial to some cartoons he did for The New Yorker magazine in the 1930s that featured glamorous young ladies who were often being kept by rich, older men. My reason is that Galbraith did a really nice job of drawing them.

Below are some examples. The first one is a World War 2 vintage "Side Glances" panel. The others are crude scans I made from my copy of "The New Yorker 25th Anniversary Album" from 1950. Even though the images are more than 70 years old, I assume that Condé Nast holds the copyright, and therefore is given credit here. 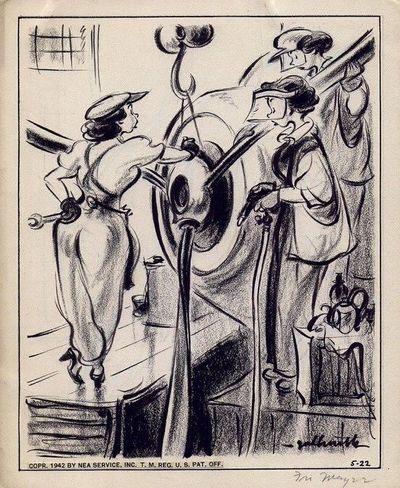 From "Side Glances"
I could not find a caption for this cartoon. I include it to show Galbraith's post-New Yorker style. 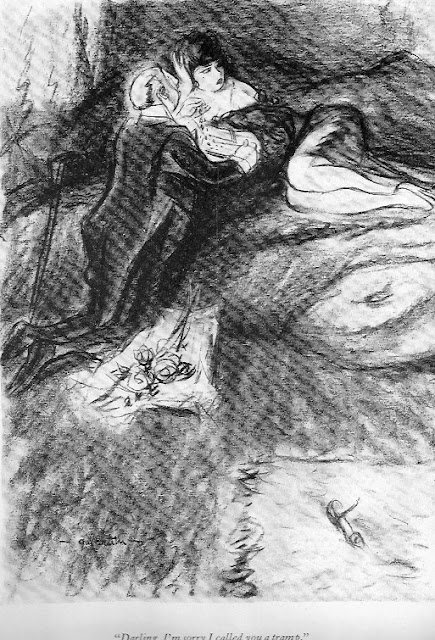 Caption: "Darling, I'm sorry I called you a tramp."
For some reason (probably having to do with the image as it appeared in the book as opposed to the magazine) we have a waffle background pattern. The best that I, not a scanning jock, could manage. 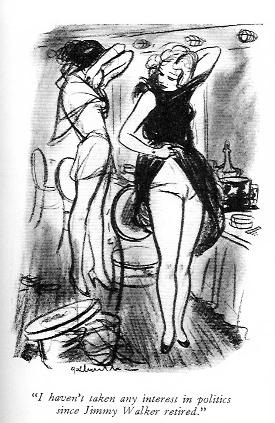 Caption: "I haven't taken any interest in politics since Jimmy Walker retired."
James J. ("Jimmy") Walker was New York City's bon-vivant mayor 1926-32 who had to resign due to scandal. 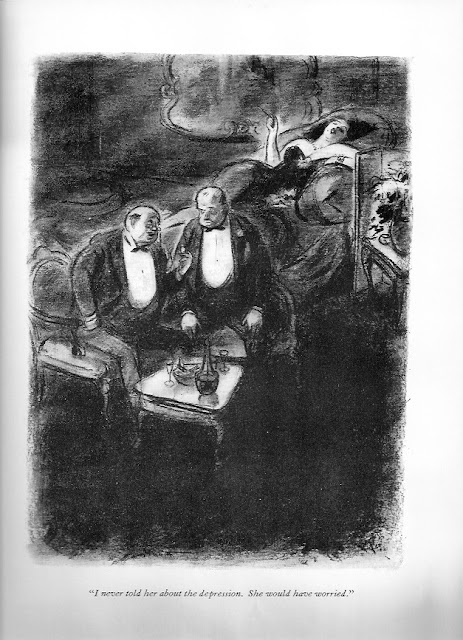 Caption: "I never told her about the depression. She would have worried." 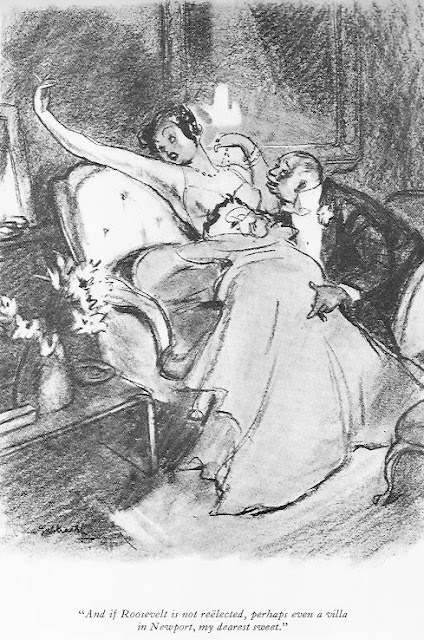 Caption: "And if Roosevelt is not reelected, perhaps even a villa in Newport, my dearest sweet." 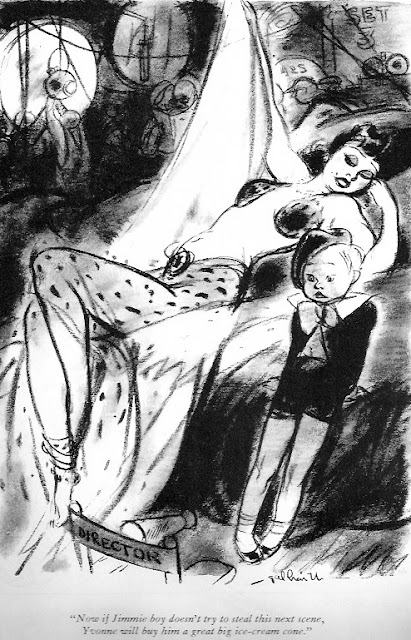 Caption: "Now if Jimmy boy doesn't try to steal this next scene, Yvonne will buy him a great big ice-cream cone."
I think this is the best-drawn of the lot. The poses and details strike me as being spot-on.
Newer Post Older Post Home