In the 1930s the style was sometimes called Moderne, though now the term Art Deco is more likely to be used for the architecture of cinemas built in those days by the Odeon chain in Britain. I think Moderne is actually the better term because the style was comprised more of curved corners and streamline stripes or flutings than the geometry-inspired ornamentation typical of 1920s Deco.

The movie industry was one that skated through the Great Depression in good shape, even prospering. That was probably because people were willing to spend a small amount of money for an evening's entertainment even (especially?) in hard times in lieu of other spending. So theaters were built, and the Odeon organization decided to build theirs in the trendy architectural idiom of the day.

Below are examples of Odeon's 1930s cinemas. 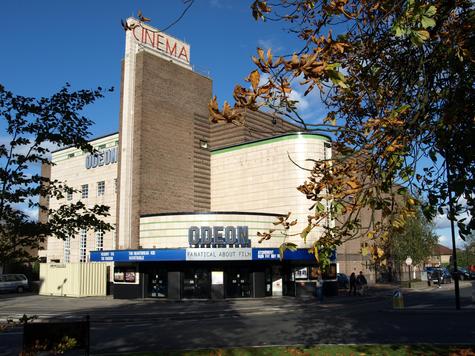 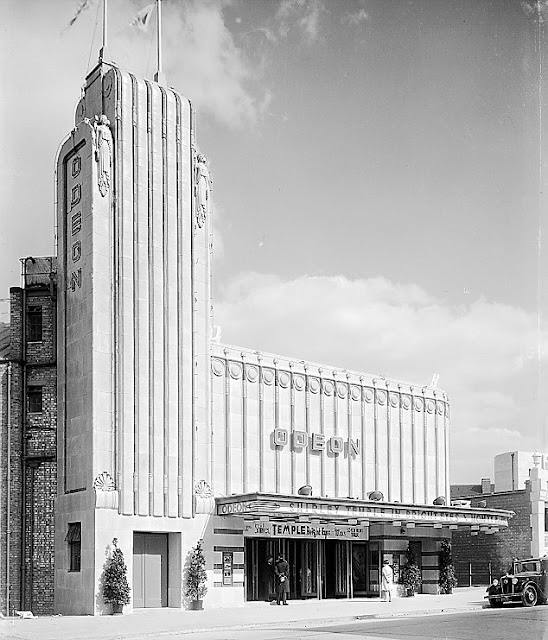 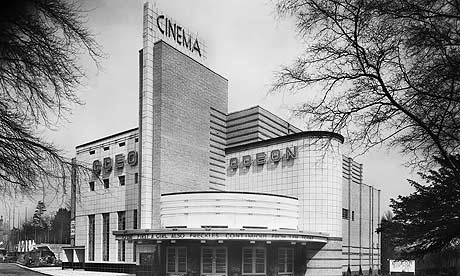 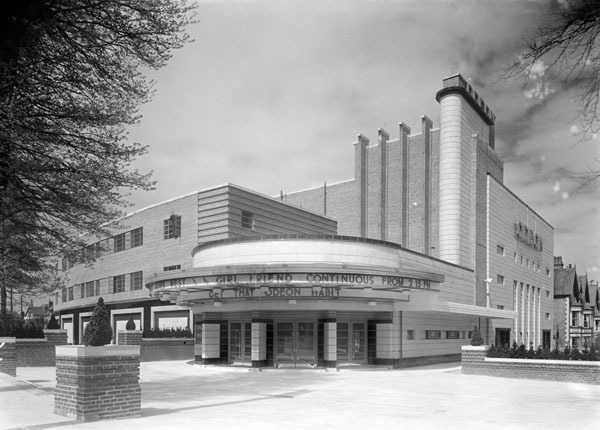 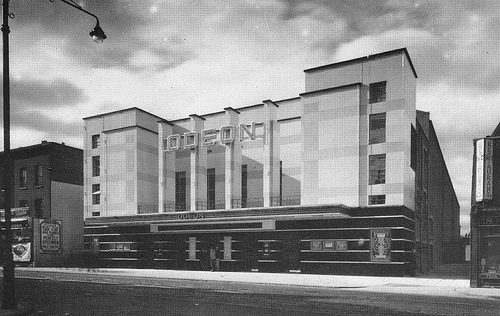 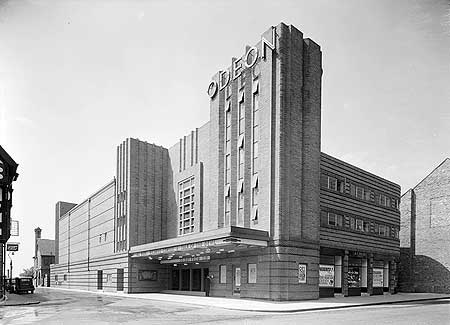 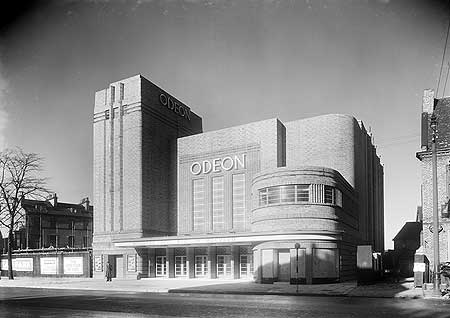 York
Odeon's cinemas in Chester and York differ a bit from the other cinemas shown because they were located in historic cities, places so old that they were Roman Legion bases. The most noticeable architectural concession is the use of brickwork rather than some other material as cladding. 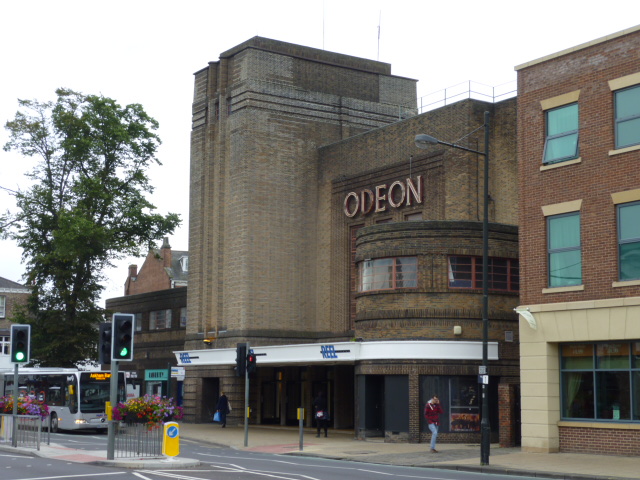 York - August, 2012
Here is the York (former) Odeon as I saw it in August. For more information about the building's recent history including a three-year closing, see here and here
Newer Post Older Post Home