The word most associated with Jules Bastien-Lepage (1848-1884) is influential. At times that influence was indirect. The link above cites British artist and critic Roger Fry contending the Bastien-Lepage greased the skids for public acceptance of Impressionism, an opinion that not everyone would support.

But it isn't hard to find examples of direct influence. For instance, Roger Billcliffe in his book The Glasgow Boys describes how several members of that group of Scottish painters were strongly influenced by Bastien-Lapage's work during the early-mid 1880s.

Other artists did paintings in his style. Interestingly, all the examples I've encountered thus far are not French, though I suppose there are a few French paintings that fit the pattern. Here is what I've turned up:
Gallery 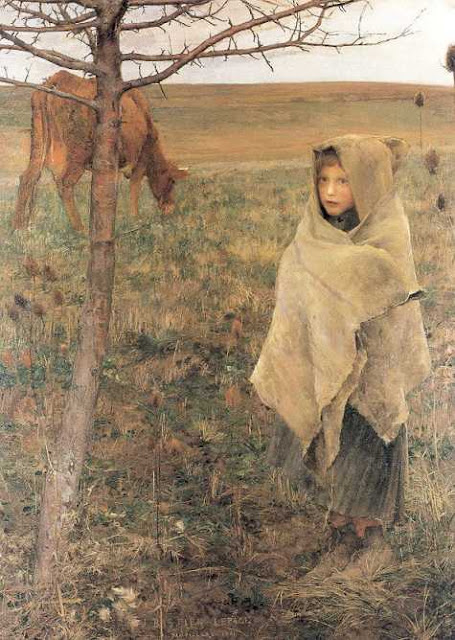 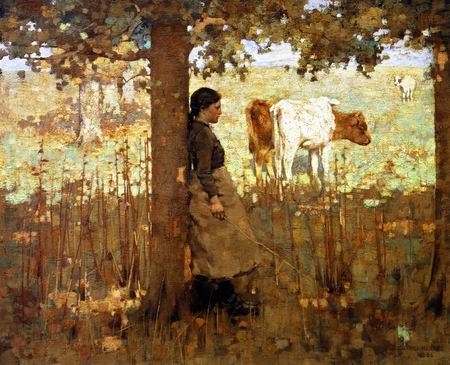 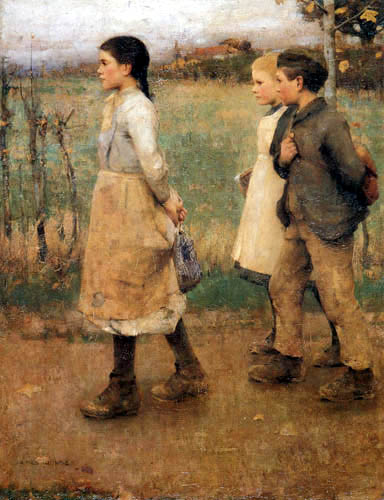 On the Loing: An Afternoon Chat" - by Sir John Lavery (1856-1941) - 1884
Henry, Guthrie and Lavery are considered Glasgow Boys, though Lavery is more peripheral than the other two. 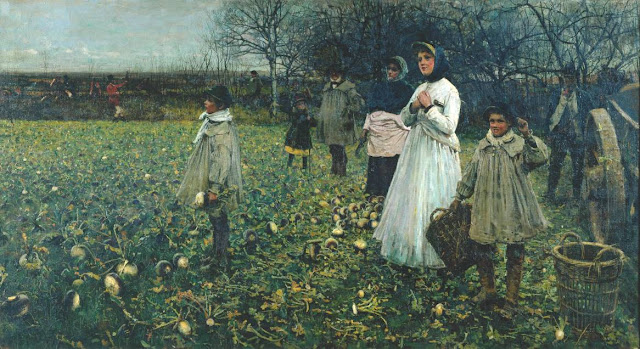 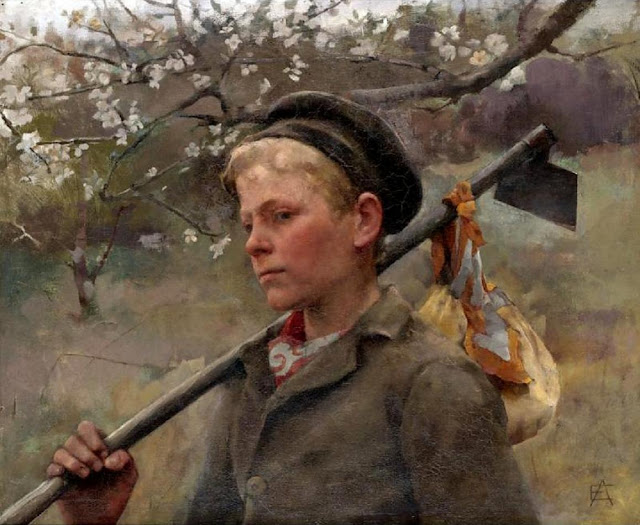 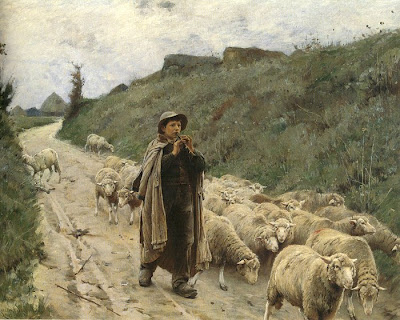 Shepherd boy and flock by Charles Sprague Pearce (1851-1914)
Pearce was an American who went to France to study in 1873 and spent the rest of his career in France.
Newer Post Older Post Home