I couldn't find much biographical information about Edith. Wikipedia has this entry on Isaac, but more about Edith can be found here.

However, the images below do indicate that Edith was a very attractive woman.
Gallery 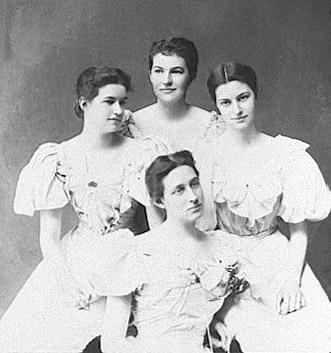 The Minturn sisters
Edith is at the right of the photograph.

By Carl and Fredrika Weidner - c.1895
The original is a miniature. Edith is at the left.

By Daniel Chester French - Statue of the Republic
Edith posed for French's giant statue for the 1893 Chicago fair. A smaller version was made in 1918, and that is the one shown above. More information about the statues is here.

By Fernand Paillet - 1892
This must have been painted about the time French was working on the statue. 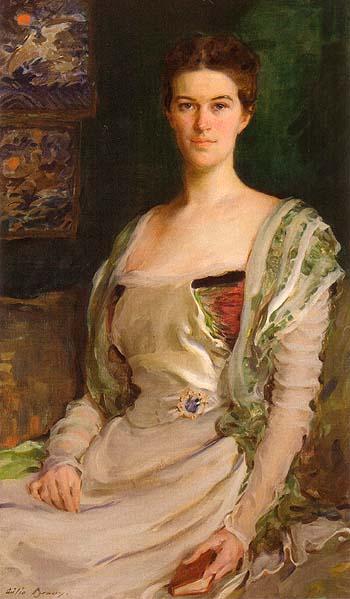 By Cecilia Beaux - 1898
Beaux was an ace portrait painter who had the thankless task of painting Edith a year after Sargent created his masterpiece version of. Beaux was very good, but comparing the two versions of Edith, it's hard to dispute that Sargent was even better. Well, flashier, anyway.