Today's cars often incorporate visual focus points and linear features at the front, sides and rear that serve as brand identifiers. This is nothing new: one of General Motors' styling section founder Harley Earl's desiderata was including styling details that would keep viewers entertained as they walked around the car.

But in Earl's day the main focal point was the car's front, or "face" that it presented to the world, and another desideratum was that a car's front should make the brand identifiable from a block or so away. These days the front and grille itself (because air is now usually drawn in through a slot below bumper-level) are no longer necessarily the main focal point thanks to side and rear detailing. (Yes, there are exceptions such as Cadillac Escalades and all Lincolns starting with the 2010 model year.)

Back in the 1940s, Earl notwithstanding, side and rear views of cars were often rather bland in terms of details and not particularly distinctive. So a distinctive grille was the main feature viewers could seize upon to identify what make a car was. For this reason, many brands strove for continuity in grille design themes. Examples are Rolls-Royce, Packard and Cadillac (which has featured an egg-crate motif since the 1941 models). Other makes such as Ford were less consistent.

1940 is also interesting because it was around then that grille openings assumed a horizontal (landscape) format after having been vertical (portrait) for about 30 years. This led some stylists to propose a grille motif featuring vertically positioned chromed bars. Each of the Big Three U.S. car makers had one of their brands assume this style which was retained for many years as an identifier. These makes were General Motors' Buick, Chrysler's DeSoto and Ford's Mercury; examples are shown below.
Gallery 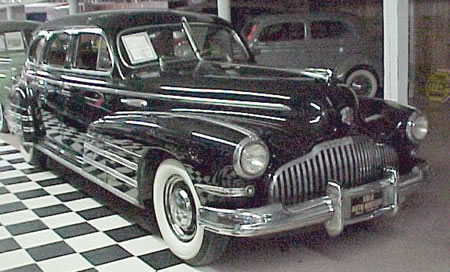 Buick - 1942
Buick introduced its vertical bar theme for its 1939 models and returned for a long run starting with the 1942s, few of which were built thanks to production being curtailed for the war effort. 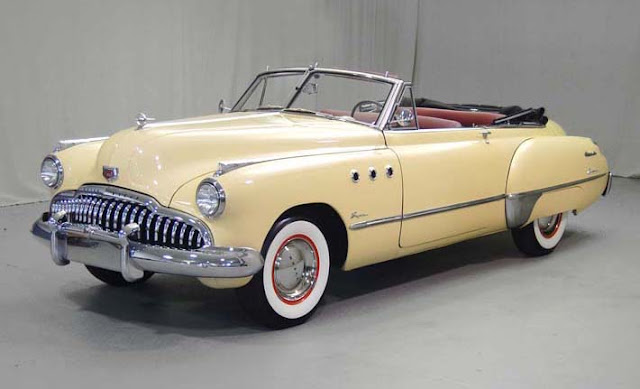 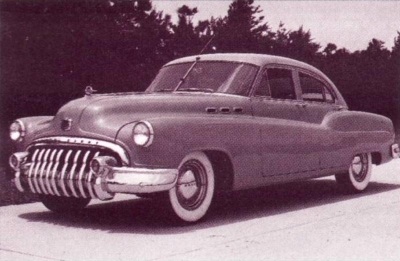 Buick - 1950
1950 Buicks sported an overhanging teeth look that was derided by observers who called it a "dollar-sign grille" and worse. 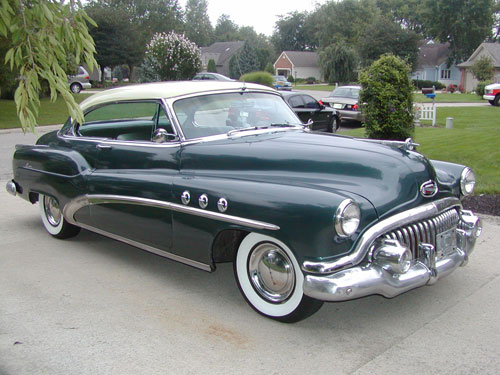 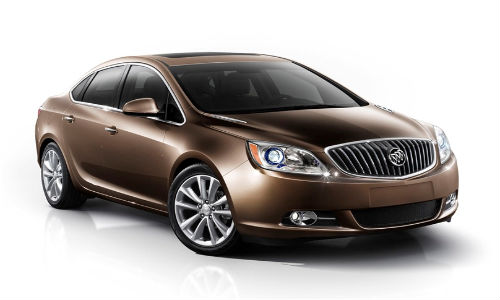 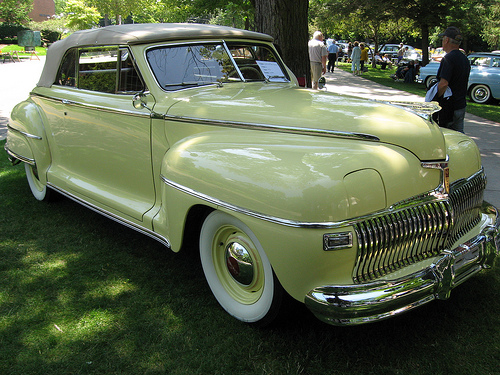 DeSoto - 1942
DeSoto used the vertical bar theme on its 1941 line, but I'm showing a 1942 car because its "face" is distinctive and classic in its way. The grille is waterfall-like, for instance. But the important detail is the headlights covered by doors that opened when the lights were turned on. Hidden headlights were a fad around 1970, but DeSoto only had them on its war-constrained '42s. 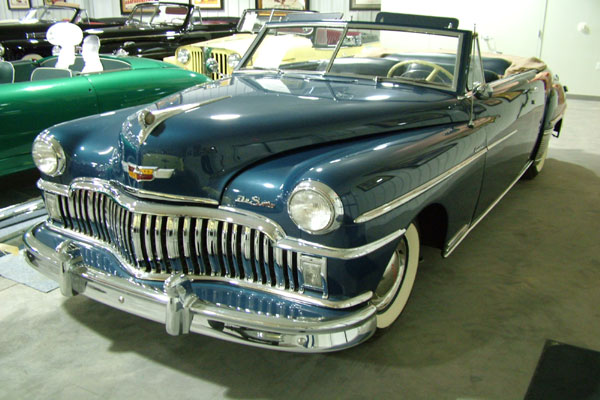 DeSoto - 1949
The entire Chrysler line got its post-war restyling for 1949 and DeSoto featured grille bars of varying width. 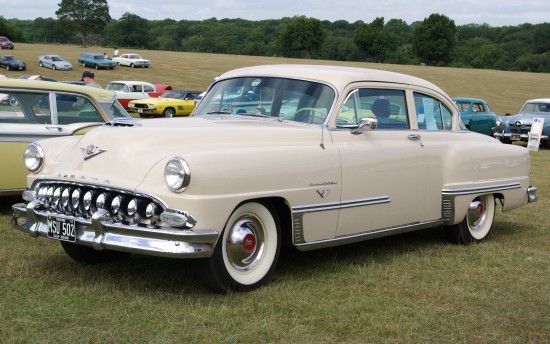 DeSoto - 1953
The bars got chubby for the 1951 model year and that theme was continued in 1953 when Chrysler offered it next round of restyled bodies. 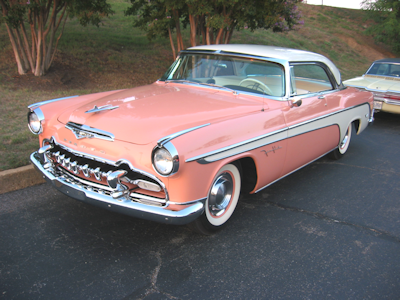 DeSoto - 1955
The 1955 model year (another completely new set of bodies for Chrysler) was the last for DeSoto's vertical bar theme. I like the way the grille opening makes those little hops above the bumper guards. Sadly, Chrysler abandoned the DeSoto brand during the 1961 model year. 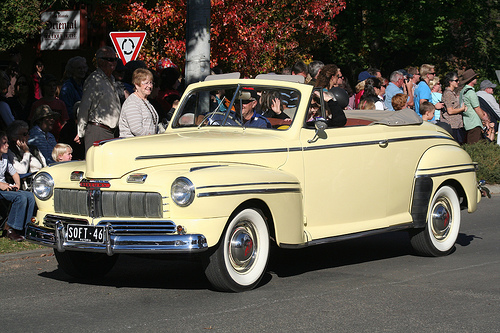 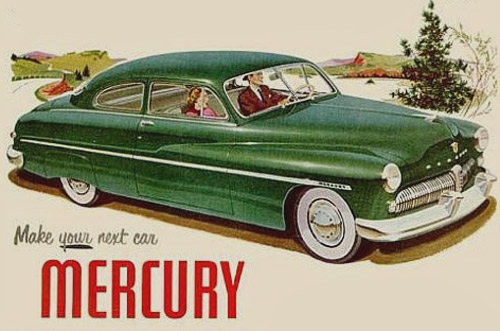 Mercury - 1949
The '49 Mercury is considered by many as the classic version of the brand. Grille bars are still fine, but their expanse is greater and the convex curve of the ensemble ads greater reflection from the sky making the grille seem bolder. 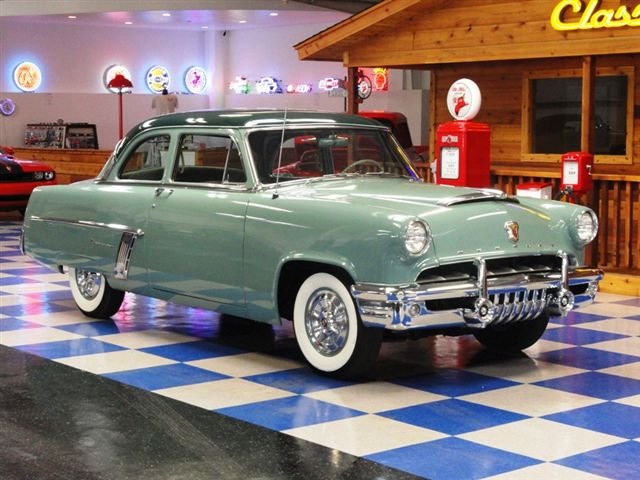 Mercury - 1952
I find the restyled 1952 Mercurys interesting because of their integral bumper-grille that was innovative. The vertical bars are found only at the bottom -- sort of like chopped-off remains of the 1950 Buicks' toothy overbites. 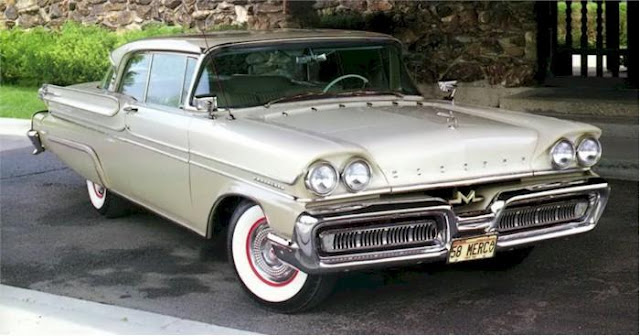 Mercury - 1958
By the late 1950s Mercury was drifting away from the vertical bar theme, though vestiges can be seen here. By the mid-1960s only the sporty Mercury Cougar line retained vertical bars. 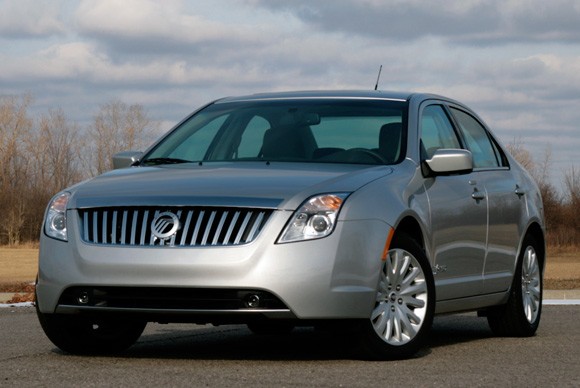 Mercury - 2010
In the years leading up to Mercury's 2011 demise the vertical bars theme was brought back to the fore, perhaps as a last-gasp attempt to distinguish the brand's products.