A short Wikipedia entry is here, but for useful depth regarding Pène du Bois, read this article.

I find his paintings frustrating to look at. That's largely because of his simplification of facial detail -- eyes are sometimes depicted by a small slash of black paint -- and the sad fact (for Pène du Bois) is that most viewers tend to focus on a face if one is present in a painting.

What was going on, I think, is that he was caught up with the challenge of modernism, as was true for many of his contemporaries. There were several approaches taken in those days, but Pène du Bois opted for depicting people by means of simplified, solid images. This was in contrast to striving for flattened images in supposed conformity to the picture plane, an alternative favored by artists of a more theoretical temperament. My take is that Pène du Bois pushed the simplification option a little too far. 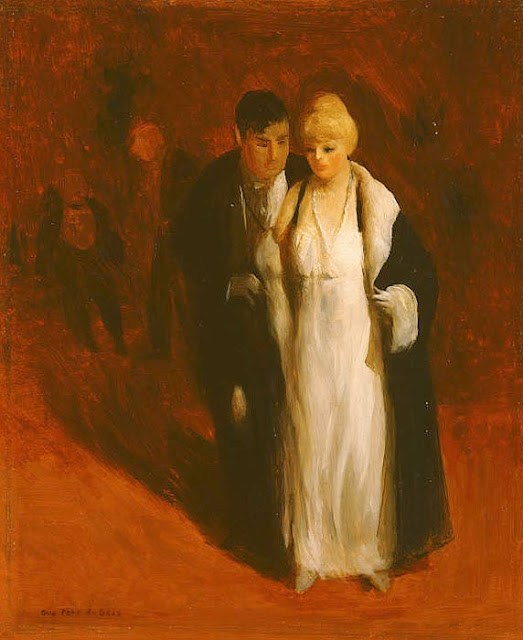 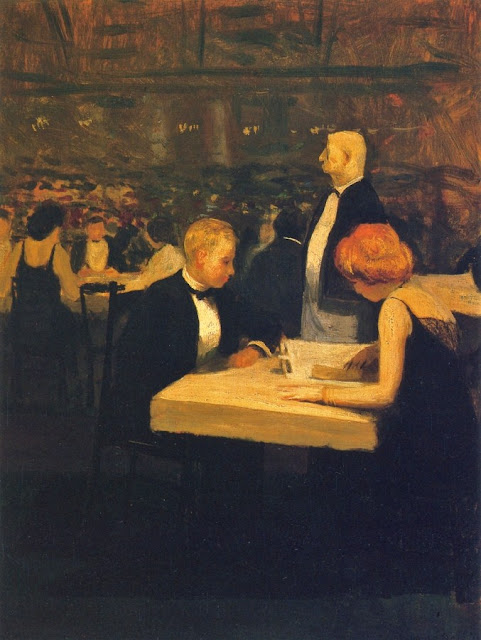 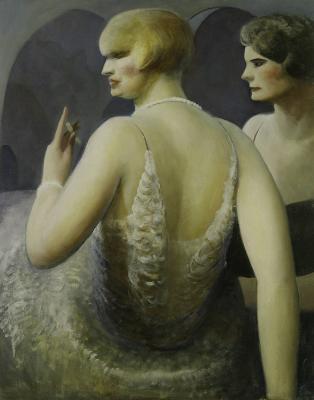 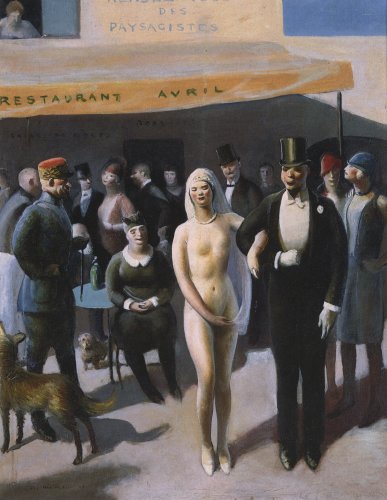 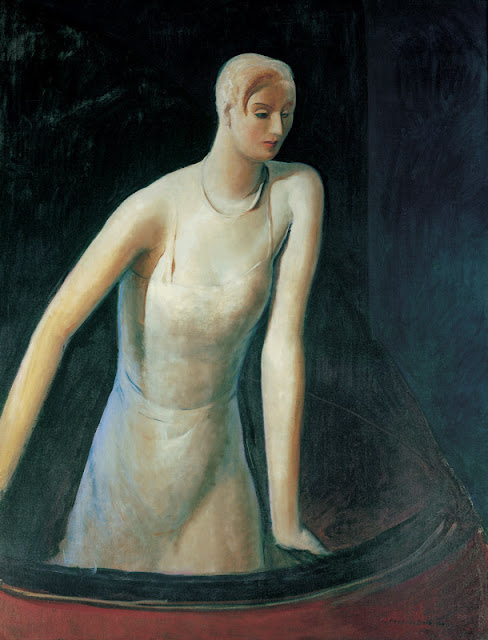 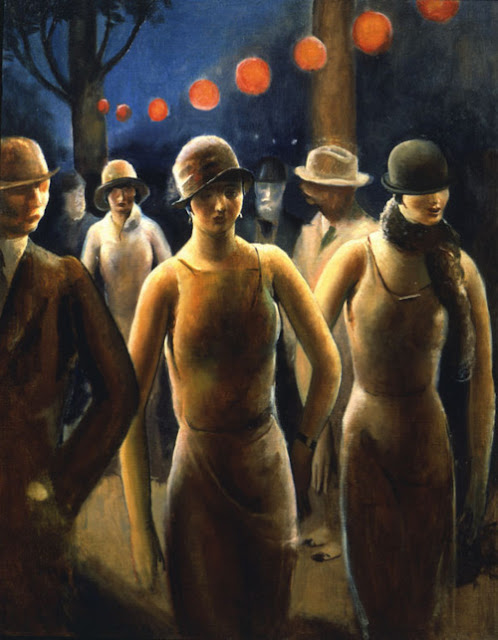 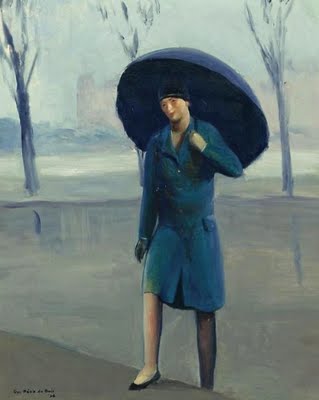 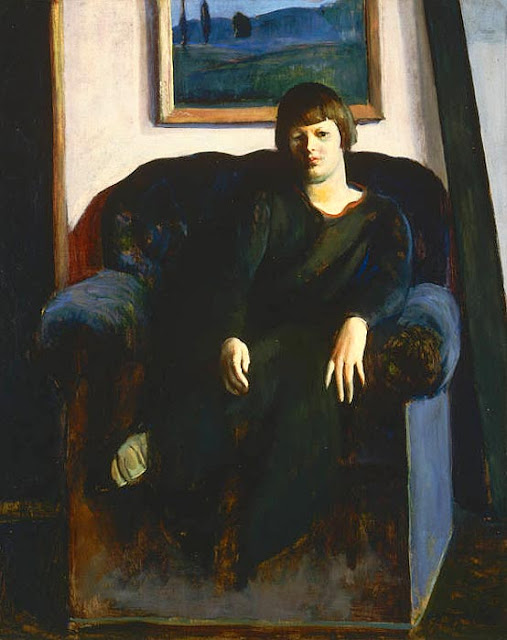 Blue Armchair - 1923
Pène du Bois was quite capable of making representational depictions, but examples are hard to find on the Web; the image immediately above is one of the few I found that go in that direction. Examples I've seen off-line suggest that he tended to set modernism aside when painting family and friends.