Rather than posting a usual Molti Ritratti where views of one sitter by many artists are displayed, I thought I might as well show several views of the same subject painted by a single artist. So today we feature Georgette Magritte, wife of Belgian Surrealist René (1898-1967) who used her as a model for many of his works. Salvador Dalí's wife Gala had the same gig, but Georgette is far less well known, so why not give her a break?

According the the Wikipedia link above, Magritte met Georgette when he was entering his teens and (other sources say) again in 1920, this leading to their 1922 marriage. Magritte had formal art training 1916-18 while the Great War raged and didn't do his army service until later. This was because his part of Belgium was occupied by the Germans in 1914 and remained under their control until the war ended.

Georgette was about two years younger than Magritte. Pretty and photogenic, she apparently didn't mind being her husband's model and muse. After Magritte took up Surrealism in the late 1920s (and perhaps even before), images based on Georgette's modeling were not always intended to be portraits. For example, one has her nude from the waist down and from the waist up is the front half of a fish.

Below are some photos of Georgette along with a few of Magritte's paintings that were either actual portraits or images using her as a model.
Gallery 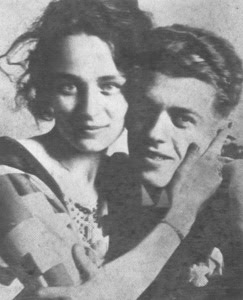 Georgette and René at the time of their marriage 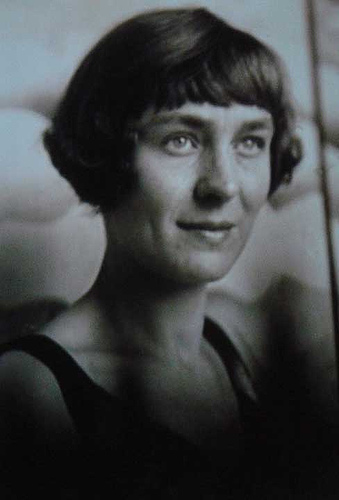 Georgette - 1929
The photo is probably reversed; she should be looking to the left. 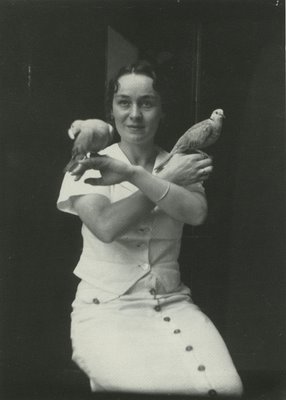 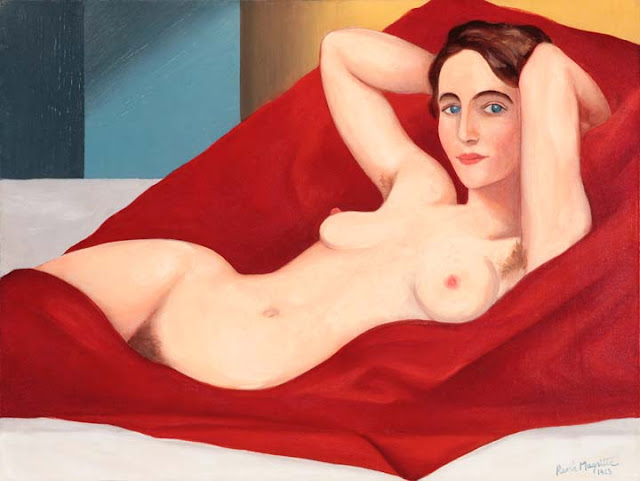 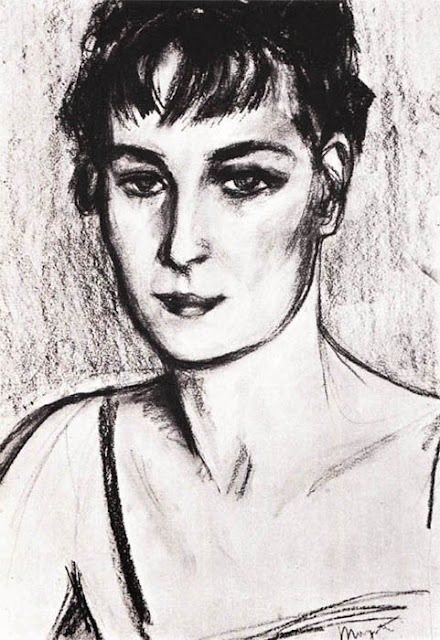 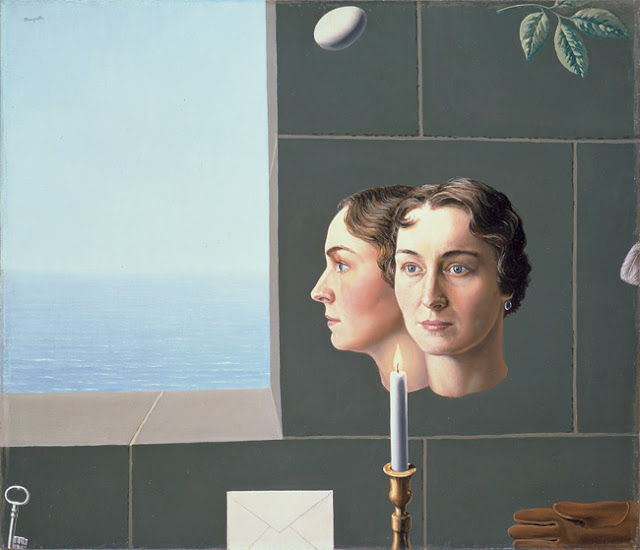 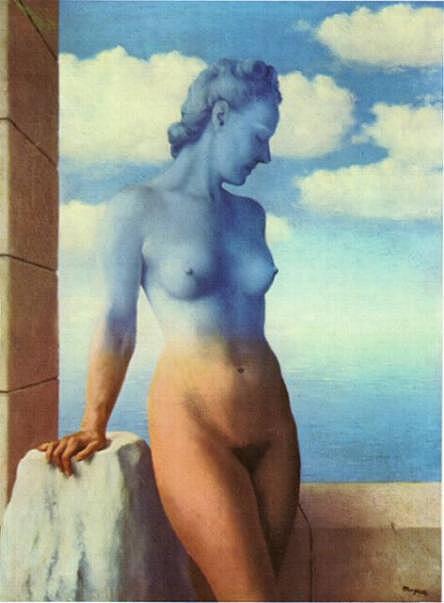 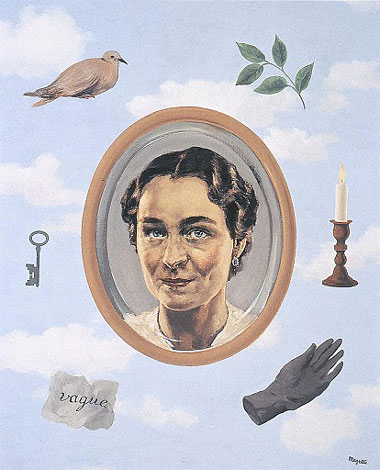 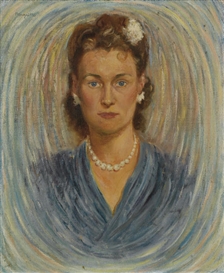