Francis Campbell Boileau Cadell (1883-1937) was one of a four-man group known as the Scottish Colourists: his wikipedia entry is here.

The Colourists (I'll use the British spelling in this post) were influenced by Post-impressionism and perhaps Fauvism. They succeeded the previous-generation Glasgow Boys (scroll down) who were influenced by Jules Bastien-Lepage.

Cadell was socially well-connected, living for a number of years in a fashionable Edinburgh neighborhood (Ainslie Place) a few blocks from the west end of Princes Street. He tended to live higher than his inheritance and painting sales could support and was essentially broke when he died from cancer and liver disease aged 54. What little tangible estate he had (probably mostly in the form of unsold paintings) was willed with a few stated exceptions to his housemanager/companion Charles Oliver. Unlike the other Colourists, Cadell enlisted for the Great War and was twice wounded.

As for his mature art, his subjects ranged from portraits to interior scenes to still lifes to plein-air works. Some pre-war paintings were done in a loose style, but his later work tended to be carefully composed with defined edges.

For one known for color, his works tended to feature significant areas painted in pure black and much of the rest were flatly painted in pure or tinted grays. These served as contrast to other colors that then stood out. In a number of interior scenes from the 1920s he included a Chinese Red chair as a prop that provided a considerable color jolt.

I have yet to see a Cadell in person, so will assume that their general appearance is colorful. Here are examples of his work. They are in rough chronological order (he seldom dated his work), and some titles might be conjectural.
Gallery 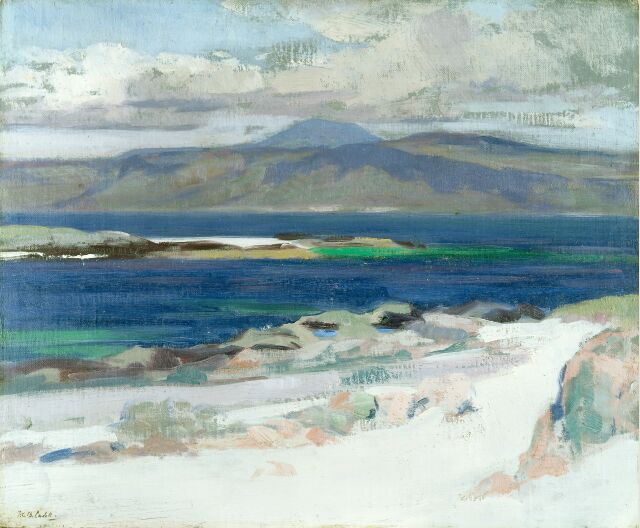 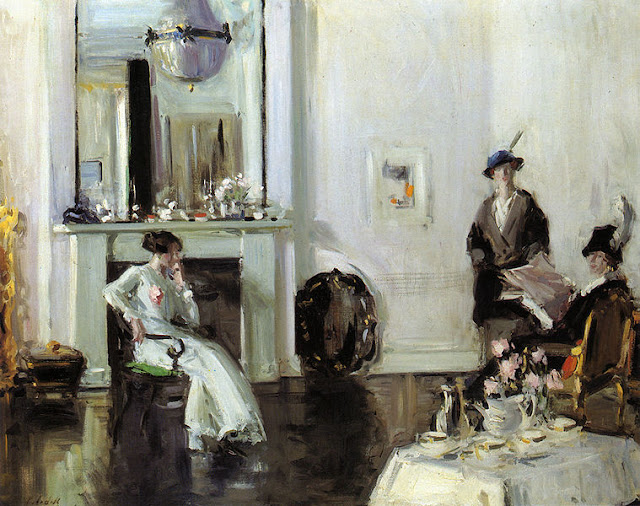 Afternoon - 1913
An interior scene painted when his style was relatively loose. 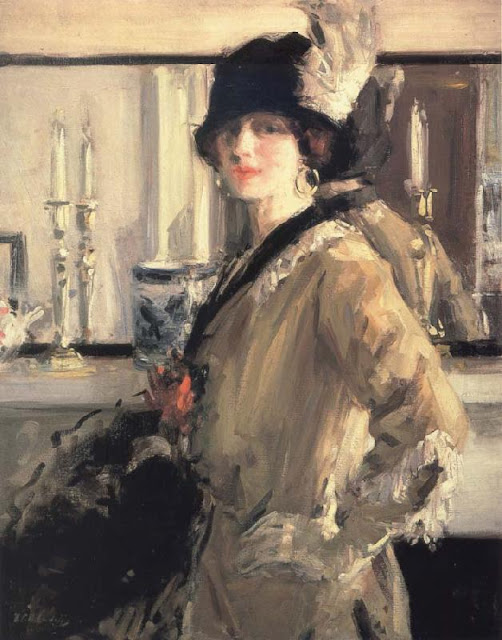 The Black Hat - c.1914
From the same period. He used a black hat as a prop for many of his portraits of ladies. 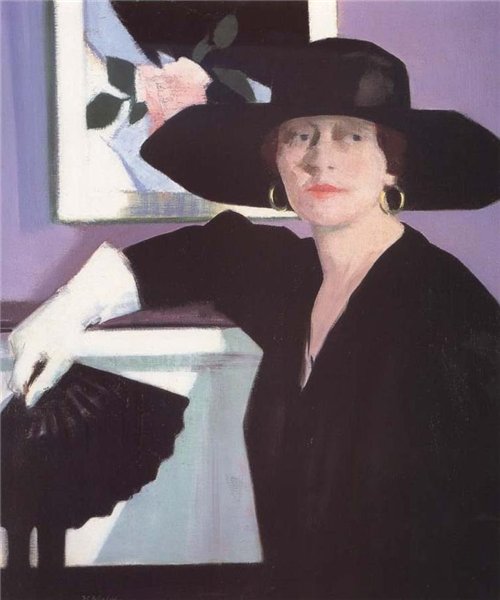 Portrait of a Lady in Black - c.1921
This is one of his better-known paintings. Post-war, he tightened his brushwork and incorporated flatly painted areas. A good deal of black is used here while the rest of the color is limited to pastel shades. 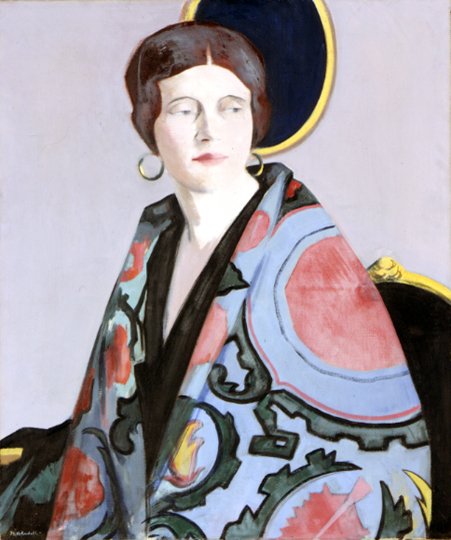 The Embroidered Cloak - c.1923
This painting used a similar color scheme to the one shown above. 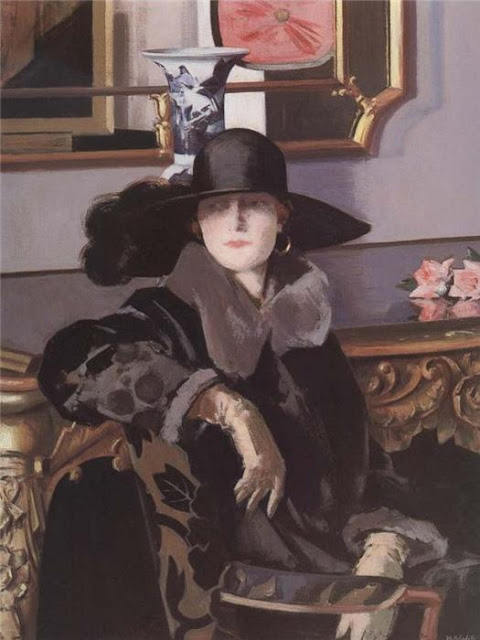 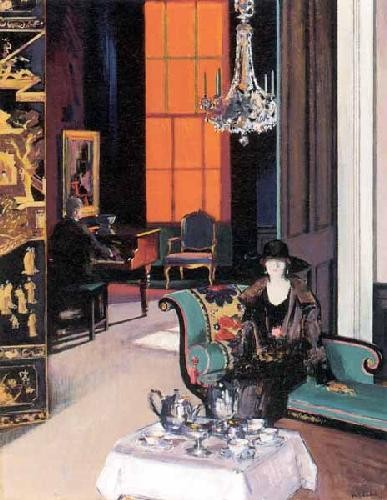 The Orange Blind - c.1927
Blacks and grays set off the orange, gold and blue-green.