In the Beginning: Gustav Klimt


For a time Gustav Klimt (1862-1918) was obscure, but now he is famous if for nothing else than his gilded painting "The Kiss." If you venture into Vienna and cast about for a souvenir, you're likely to encounter one Klimt image or another unless you are truly into stocking up on Mozart candies. His Wikipedia entry is here.

As his career proceeded, Klimt's style became increasingly loose while his colors brightened. His early works were done in a highly academic fashion with a great degree of skill. From what I've seen, I'd have to conclude that Klimt could have practiced in almost any style extant in his times and would have been successful at it. Many other modernists could not handle academic style art well and, perhaps for that reason, quickly moved to modernism because there was little in the way of alternatives.

Let's take a look at some of Klimt's pre-Kiss work:
Gallery 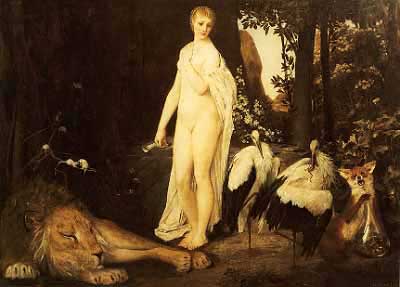 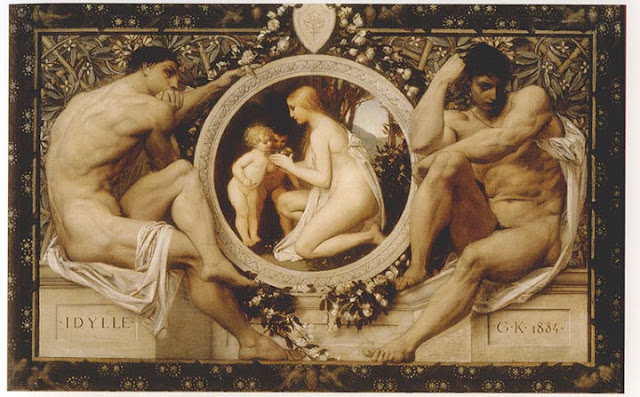 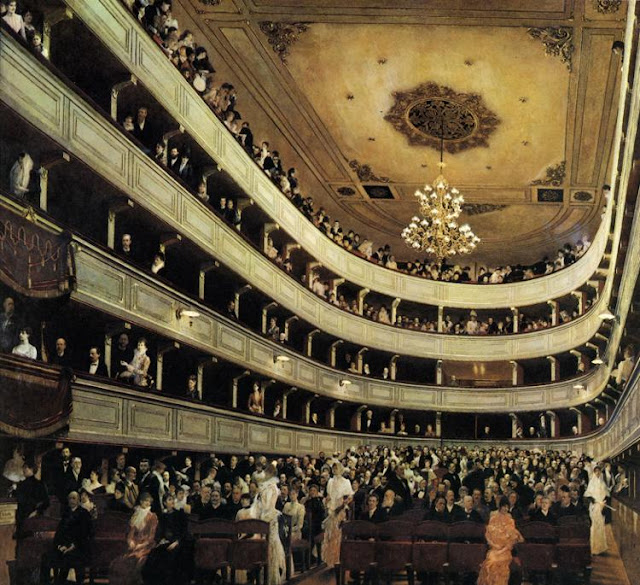 Auditorium of the Alte Burgtheater, Vienna - 1888
This was painted in gouache. 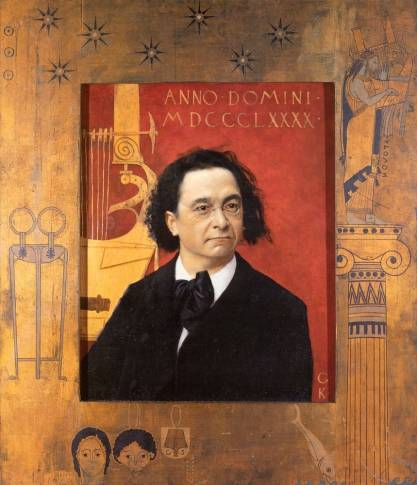 Joseph Pembauer - 1890
Here we find touches of the later Klimt such as the introduction of gilt design in the background. 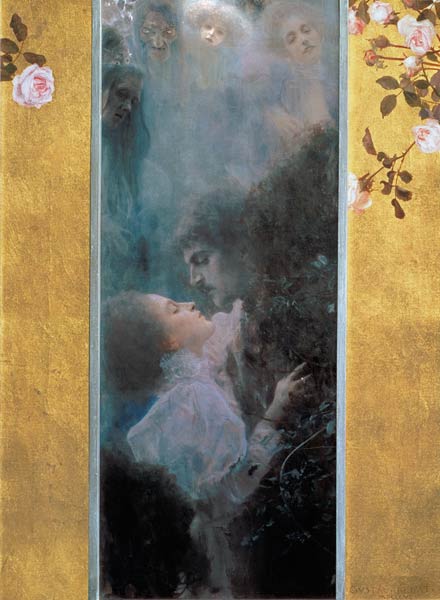 Liebe - Love - 1895
The painting of the background is in a looser style. 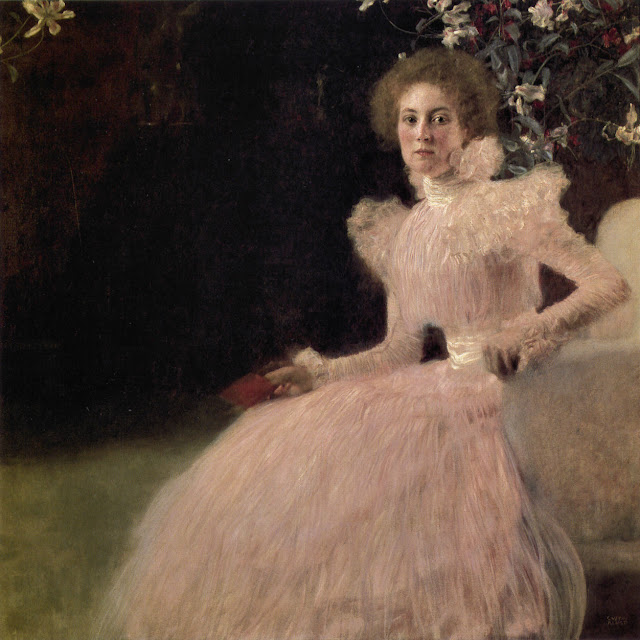 Sonja Knips - 1898
Click on the image for a large version. 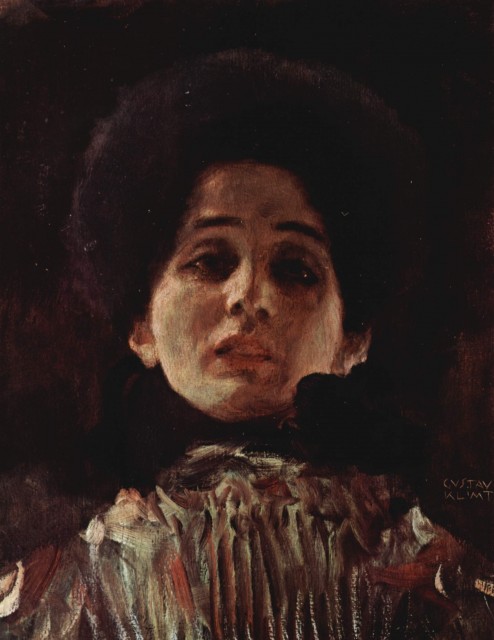 Damenbildnis - Portrait of a Lady - 1898-99
Klimt is on the cusp of abandoning his previous academic/naturalistic style for the stylized paintings best known to us today.