Kees: From Anarchism to High Society


Some paintings by Kees van Dongen (1877-1968, Wikipedia entry here) have been selling at auction for prices north of three million dollars in recent years. Not shabby for an artist not particularly well known, a man whose role in the modernist explosion of 1900-10 is generally given secondary mention by art historians.

Van Dongen was born near Rotterdam, moved to Paris as a young man and spent most of the rest of his life either there or on the Riviera. During his early Paris years he mostly did illustrations for anarchist and other publications, but then returned to painting as part of the Fauve movement. It also was at this time that he had a small studio in the same Bateau-Lavoir building as Picasso.

Instead of focusing on still lifes and landscapes (think Cézanne), van Dongen mostly painted people. Some of his earliest Fauve subjects were his wife Guus and Picasso's girlfriend Fernande Olivier. Within a few years he reached the point where his work was colorful and notorious enough (a painting of his wife, nearly nude, containing until-then-seldom-pictured details was ousted from an exhibit by the police) that he began his transition to being a society painter. An early titled subject was the even more outrageous Marchesa Luisa Casati, with whom he probably had an affair.

As his earnings increased, van Dongen moved to progressively larger studios and began hosting large parties for artists and the bohemian-inclined sector of the moneyed set. This effort was aided by his fashion industry mistress Jasmy Jacob who later dumped him to marry a general.

The Great Depression and age eventually took their toll on van Dongen's productivity, though he continued to paint up to within a few years of his death at age 91.

His career was briefly stalled in the mid-1940s thanks to a sponsored 1941 cultural visit to Germany in the company of other artists including André Derain and Maurice de Vlaminck. After its 1940 defeat, much of France was under German occupation, the Germans were doing well militarily, and the likelihood of liberation was small. Given those circumstances, a decision to let life go on and accommodate oneself to reality is understandable; most French did pretty much something similar at the time. 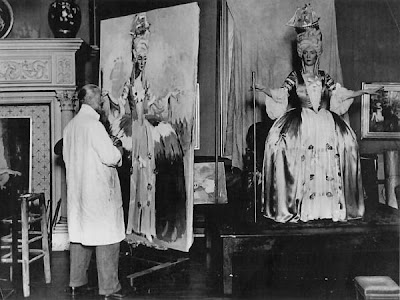 This photo of his studio shows van Dongen's typical working setup -- the subject on a platform and a not-much-smaller than life-size canvas in place. 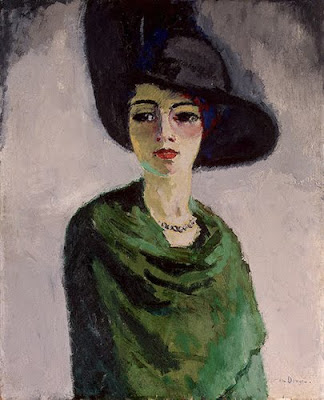 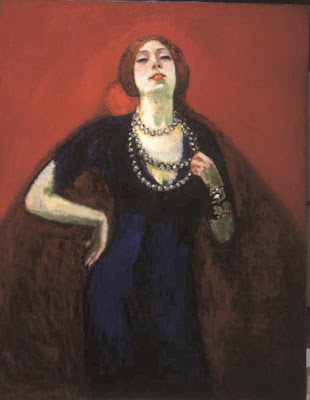 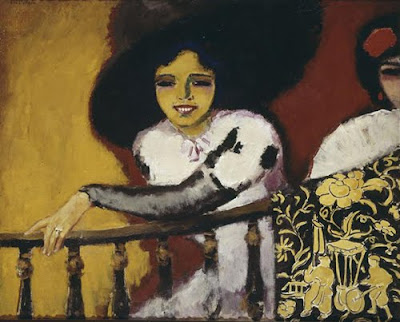 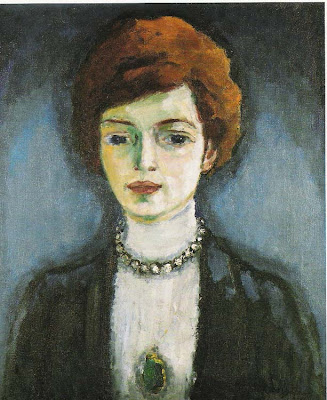 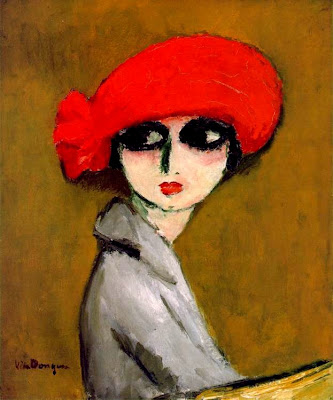 Le coquelicot - ca. 1919
This is perhaps the most famous and popular van Dongen painting. 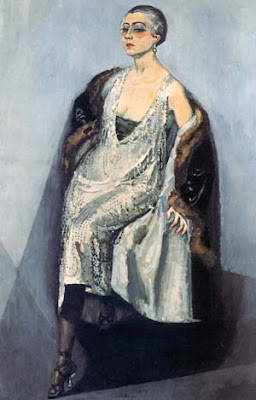 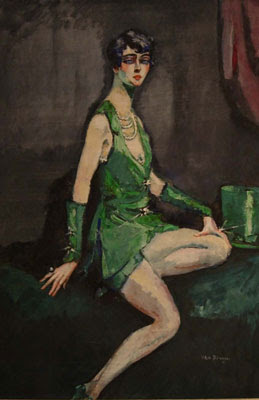 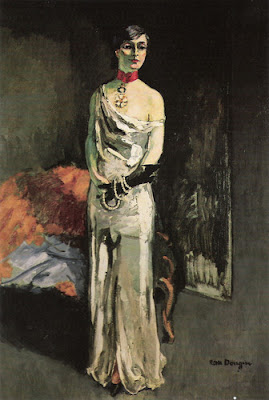 La comtesse de Noailles - 1931
Van Dongen painted this portrait about two years before her death. The painting underlines the saying that van Dongen painted women thinner than they actually were with jewelry larger than in reality. Compare this to the photo below of Anna taken a few years earlier. 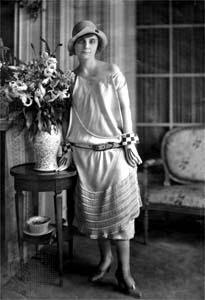 Noailles was a trim beauty when younger, and van Dongen's portrait evokes that period of her life. 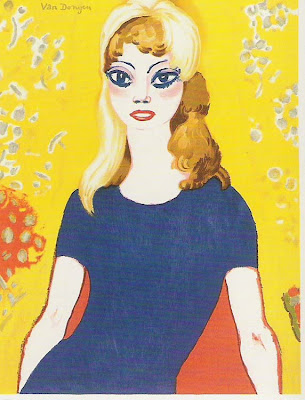 Brigitte Bardot - 1964
Van Dongen always favored beautiful women. A few years before he died he grabbed his paints and brushes to create this tribute a fellow Riviera dweller.

Kees van Dongen was a somewhat cynical cuss, but with a sense of humor. And his paintings of women (unlike his "socially conscious" illustration work) were almost always colorful and not critical of the subject. Even though I'm no fan of a lot of modernist painting, I make an exception for van Dongen's. Yes, they're modernist, but they're fun to view -- not the usual trying-to-prove-a-point modernism we encounter all too often.

Can van Dongen be considered a great artist? I don't think so. He was an enjoyable artist, and I find nothing wrong with that.