Léon Augustin Lhermitte (1844-1925) was a "realist" painter in more than one sense. In the first place, his style was traditionally representational, to which the everyday usage of realist applies. He also was a Realist in the art history sense of depicting everyday scenes as opposed to subjects taken from mythology, history, religion and others favored by the Academic art establishment of his day. His Wikipedia entry is here, and more detailed biographical sketches can be found here and here.

Sources indicate that Van Gogh liked Lhermitte's work, his illustrations and pastels in particular. Perhaps that had to do with their subject matter.

That said, Lhermitte is not well known today even though his La paye des moissonneurs is usually on display at Paris' Musée d'Orsay.

Below are examples of his work. As can be seen, he favored rural scenes or, failing that, proletarian ones. 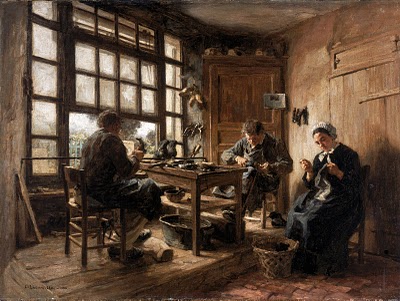 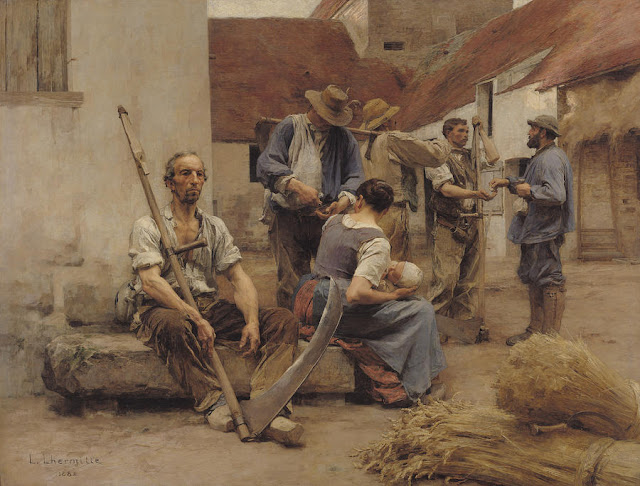 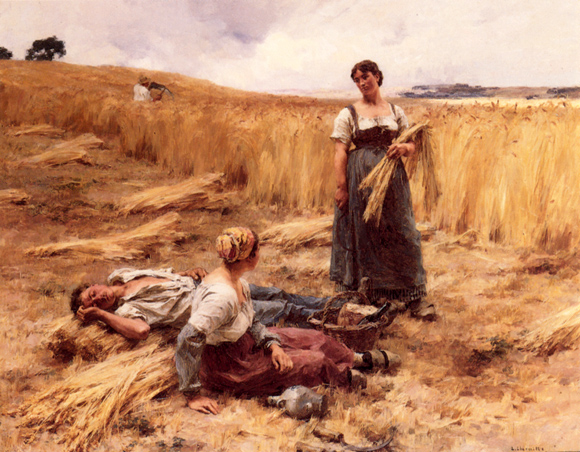 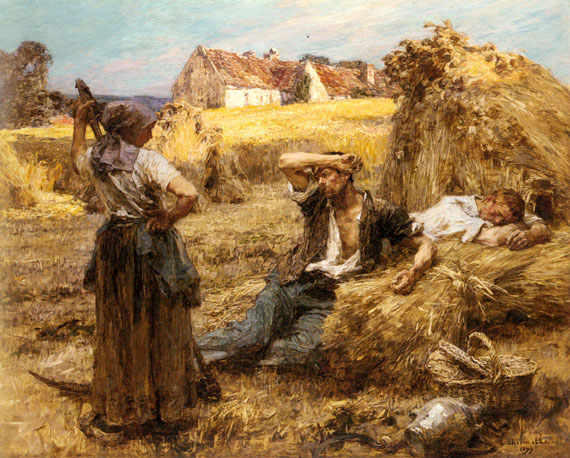 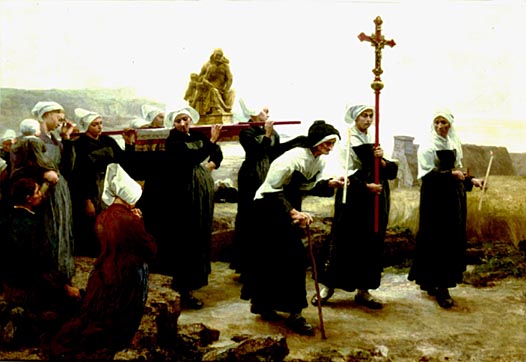 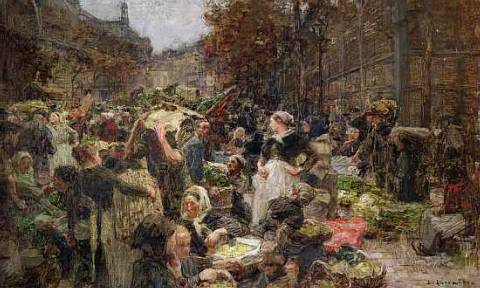 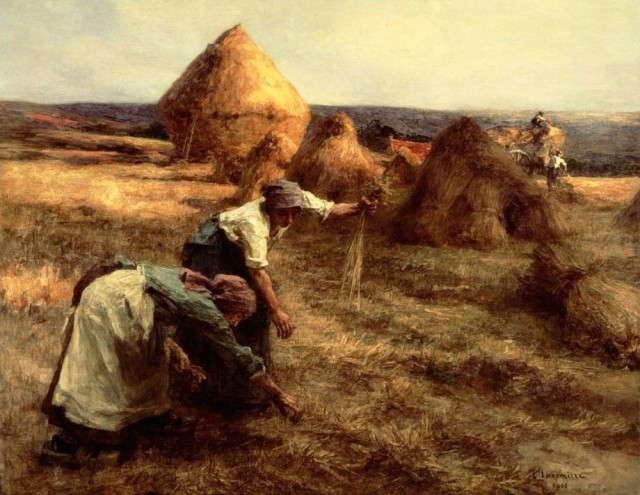