William John Leech (1881-1968) was an Irish artist who spent much of his life painting elsewhere. Although there is at least one book about him, biographical information on the Internet is thin; some sites are here, here and here.

Leech had a long career, and the following paintings are, or seem to be, from the later part of it when he was based in England and painted there and in the South of France. But these are not the works of his that I prefer. 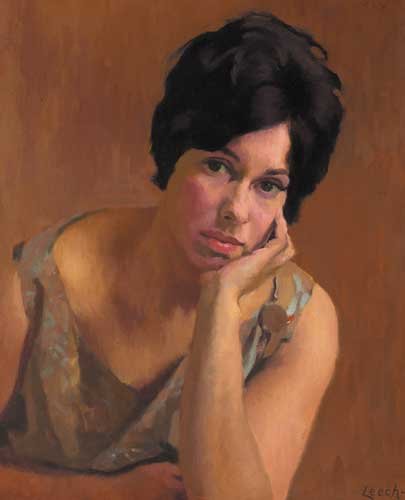 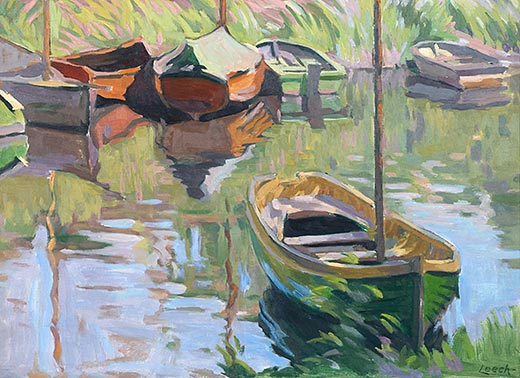 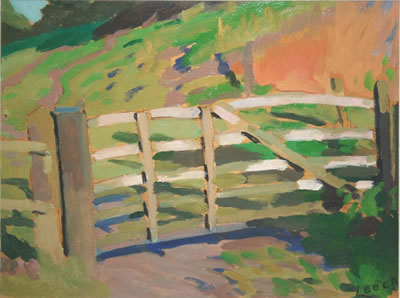 Farm Gate
The paintings that impressed me when I visited Dublin recently were done in Brittany and often featured his stunning wife (for a time) Elizabeth Saurine. The reason I was impressed might well have been Elizabeth. Here are some from that phase of Leech's career: 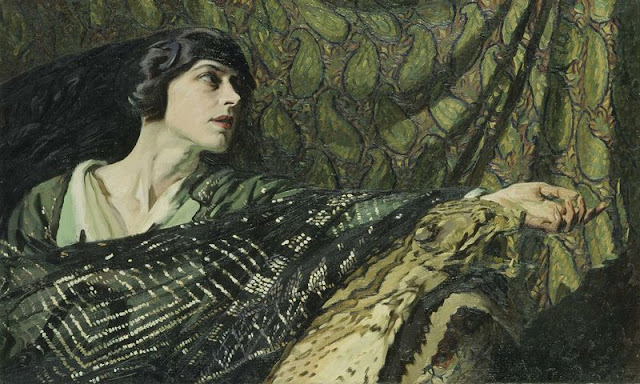 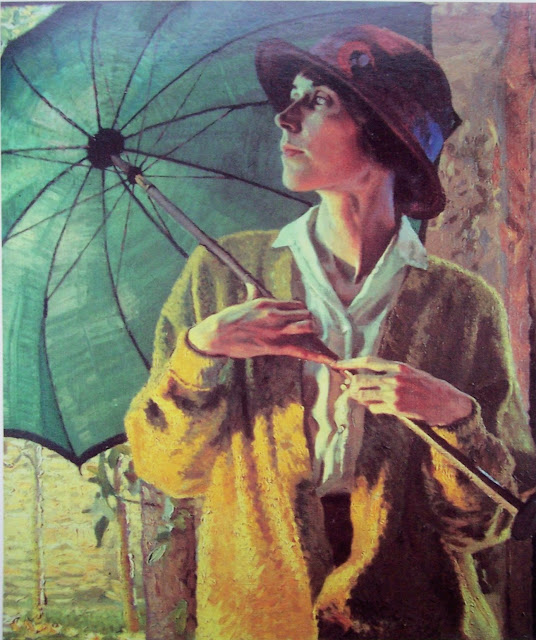 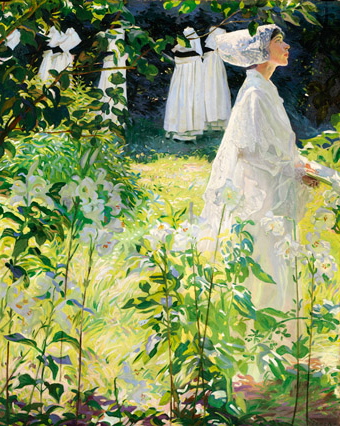