Edwin Holgate (1892-1977), Wikipedia entry here, was part of Canada's legendary Group of Seven painters. But he wasn't one of the original Seven, having joined in 1930 during one of the membership turnovers.

Group of Seven artists had their similarities and differences. I posted on Frederick Varley here and Lawren Harris here, discussing their styles and subject preferences. Like Varley and Harris, Holgate painted landscapes (the one thing common to Group of Seven members), but otherwise went his own way, as did the others.

At his peak, Holgate painted strong images, particularly of people. I like them in general, though this source is less enthusiastic.

Many artists of his vintage, perhaps for career reasons, eventually compromised more than they should have (in my judgment) to modernism, and Holgate was no exception. Below are presented examples of his work over nearly 50 years of his career. Missing are images of his earliest paintings, so I'm not sure what he was doing while in his early 20s. At any rate, so far as I am concerned, he started strongly, but was losing his grip by the mid-1940s. For example, about 1946 he painted "Lady by the Window" a flabby, dabby work at odds with what he was doing ten or 20 years before. I couldn't find the image on the Web, but it's on page 102 of this book, if you are curious. 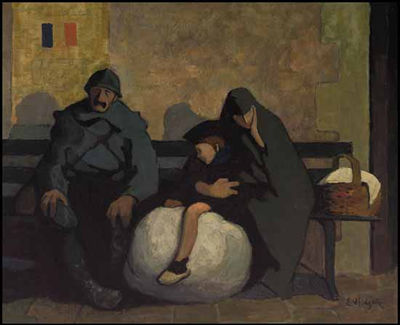 Near Amiens - c.1917
Holgate was a war artist during the Great War; I'm guessing as to the date this was painted. 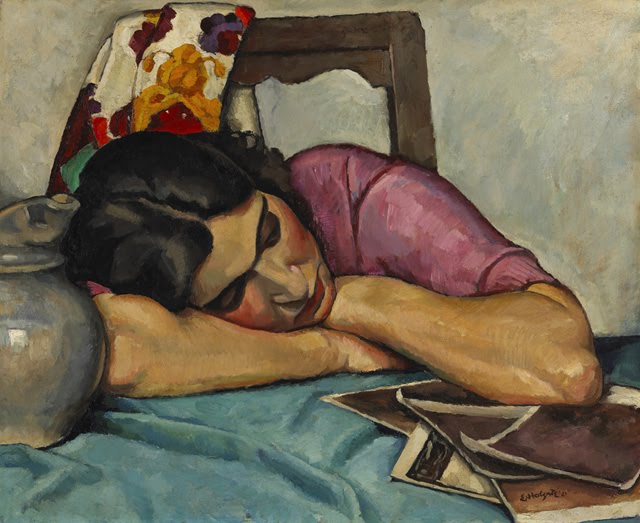 Suzy - 1921
A strong image in the spirit of his later work. He seems to have attained his artistic maturity by age 30.

Evening, Baie-Saint-Paul - 1922
Though not yet a Group of Seven member, Holgate was painting in their landscape style and in the kind of setting favored by other Canadian artists. 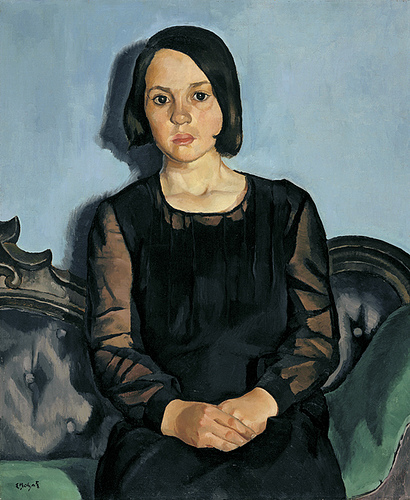 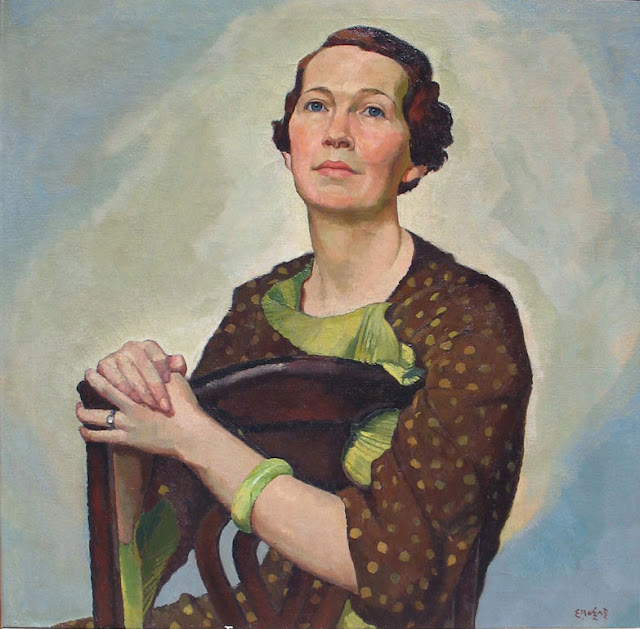 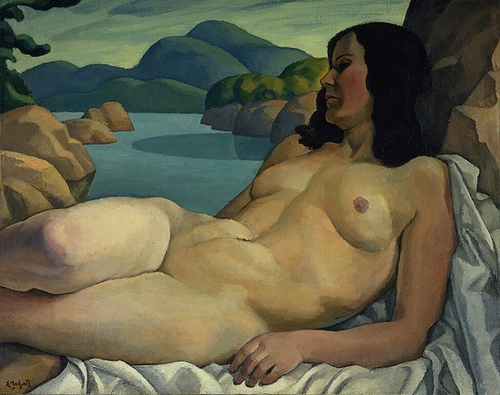 Nude in Landscape - 1930
The three paintings above are credited as being completed in 1930. There are stylistic differences, the least typical being the portrait of Marie Heustis probably because Holgate was painting on commission rather than for himself. He painted a series of nudes about this time. The image shown at the bottom is perhaps the best of that lot. Nudes in landscape settings can be difficult to pull off due to matters of color. Holgate's painting is successful thanks to his treatment of values (light and dark); note that the shading around the woman's head is linked to the darker part of the background. 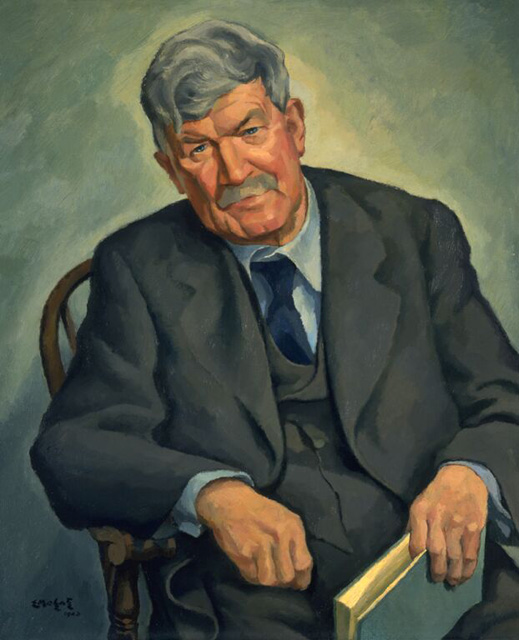 Stephen Leacock - 1943
Leacock was a popular essayist both in his native Canada and elsewhere. 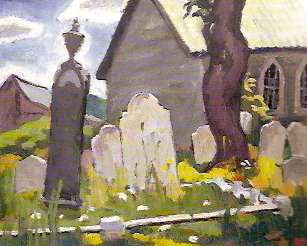 Laurentian Cemetery - c.1948
An example of his post-World War 2 painting style. Like the Baie-Saint-Paul painting above, it is less crisp than his stronger works. Moreover, it strikes me as being too sketchy as well as too soft. Some people are fond of this style, but not me. 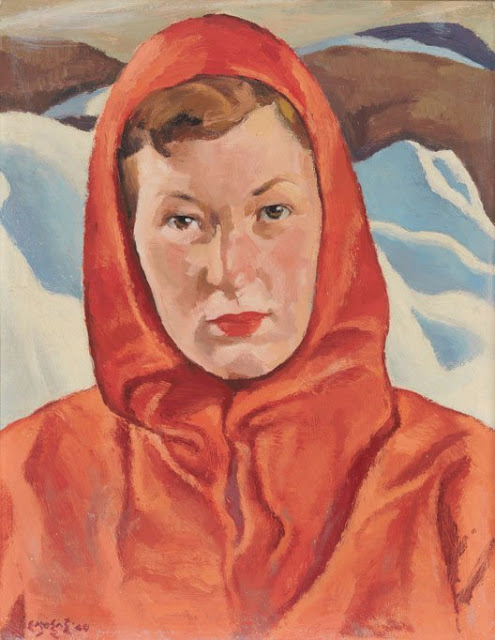 Ski Patroller - 1949
A portrait from the same period. Again, Holgate is showing comparative flabbiness in part due to a limited value range on the face and clothing. 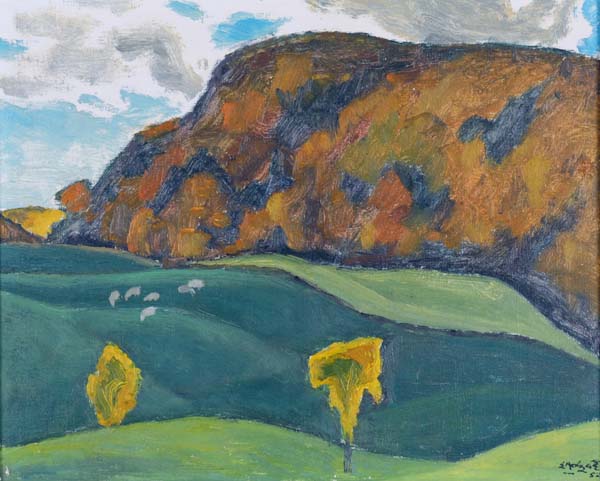 Pastures Under Gabriel - 1952
Like the painting mentioned in the main text, I consider this a low point for Holgate; a weak piece of work. 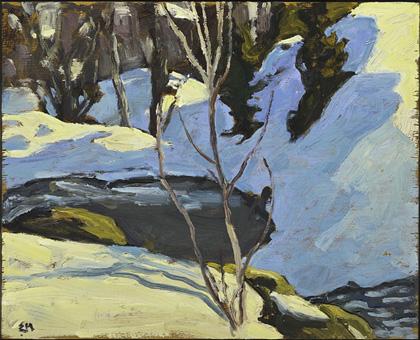 The Pool - 1965
He redeems himself somewhat in this painting done in his early 70s.
Newer Post Older Post Home