Bessie MacNicol: Yet Another Brief Career


Bessie MacNicol (1869-1904) is considered by many as the best painter of the Glasgow Girls group. (For my brief introduction to the Girls, click here.) Unfortunately, there is little biographical information on the Internet, this being representative.

Fortunately, I have a copy of this 1993 book which contains a little more detail, including some of the following, even though information of any kind about MacNicol's life is sparse.

MacNicol studied at the Glasgow School of Art 1887-92 under Fra Newbery. She then went to Paris and attended the Académie Colarossi, but found the instruction there unsatisfactory. She returned to Glasgow where she painted when not at the art colony in Kirkcudbright where she associated with E.A. Hornel and painted his portrait (see below). She married Andrew Frew, a gynecologist, in 1899. Ironically, she died while expecting her first child. The writer of the profile notes, however, that her health was never robust. Frew committed suicide in 1908. 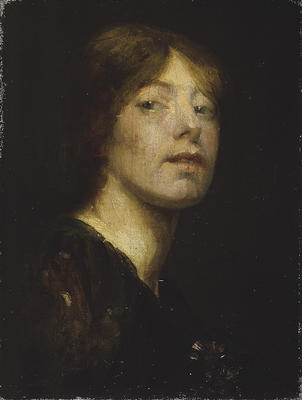 Self-Portrait - c.1894
She suffered from hay fever during summer, and it has been suggested that it explains the watery-eyed look of this depiction. 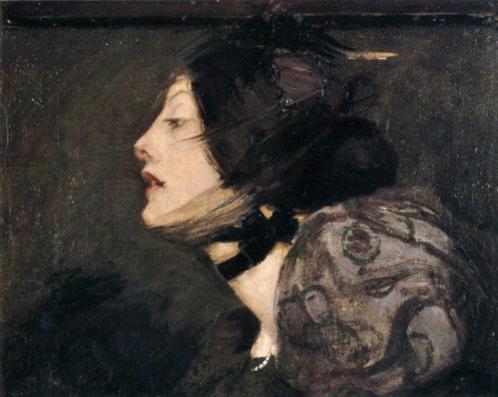 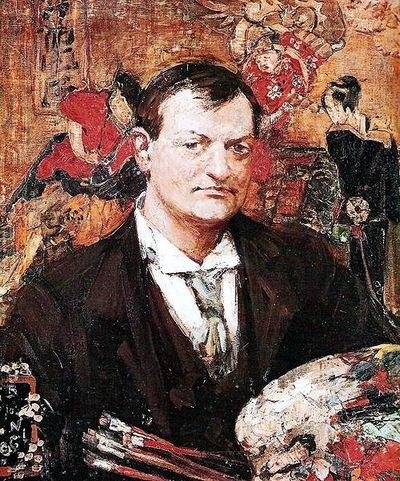 E.A. Hornel - 1896
This is done in a style close to what Hornel might have used had he been doing a self-portrait. He clearly influenced MacNicol, though she never reached his extreme of submerging key subjects into pervasive background clutter. 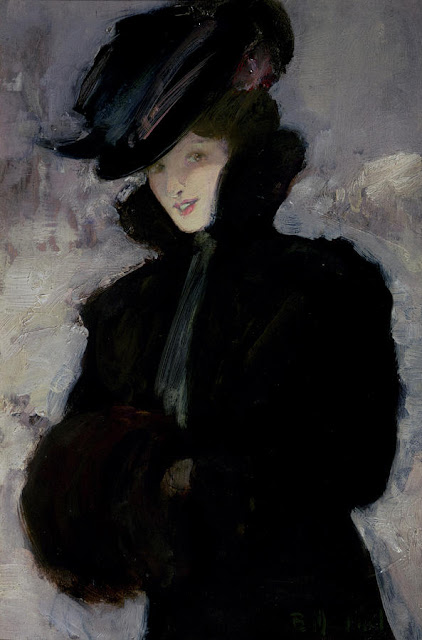 The Fur Coat
No date for this. It might have been done while in Paris and before Kirkcudbright. 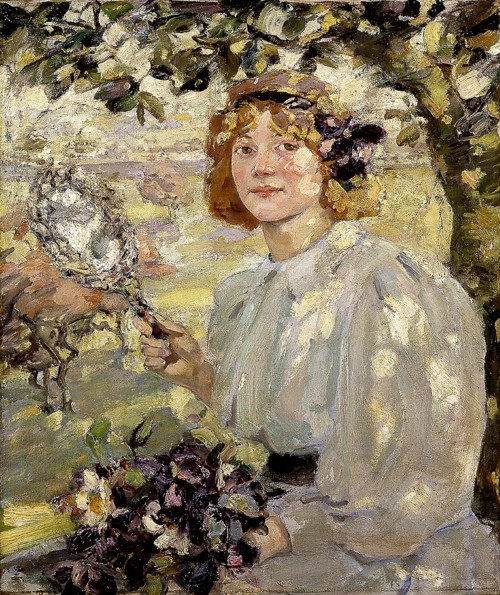 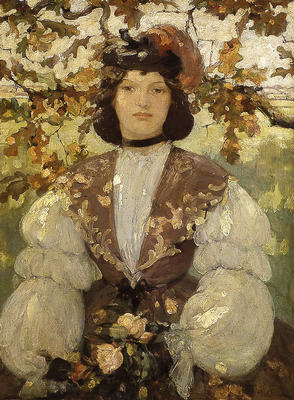 A Girl of the Sixties - 1899
Perhaps her best-known painting. It and others can be seen in the Kelvingrove museum in Glasgow.
Newer Post Older Post Home