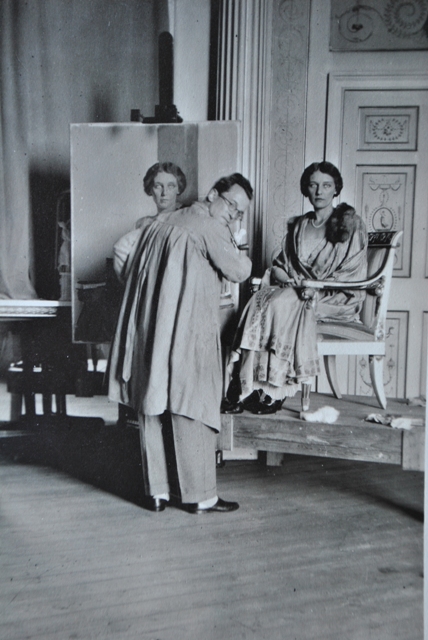 The photo above is of Sir Gerald Festus Kelly (1879-1972) painting Edith Teresa Hulton, wife of the 8th Lord Berwick, with the (circa 1923) finished painting shown below it. As you might see, Kelly was a skilled realist and, as his Wikipedia (entry) indicates, had a successful career. Unlike most artists of his time, he had a strong, elite, formal education, attending Eton and Cambridge before heading to Paris to study art.

Despite his social connections, skills and success, Kelly seems little known today. After I finished scooping up examples of his work for this post, I noticed that the earliest one was painted when he was about 40. No doubt earlier works can be located, but it makes me wonder what he was doing artistically before 1919; Wikipedia offers no clue.

Kelly's career overlapped and then extended beyond those of Philip de Laszlo (1869-1937), John Lavery (1856-1941), and William Orpen (1878-1931) who stepped into the British portrait scene after John Singer Sargent phased out that aspect of his career. This placed him at a time when Modernism was rapidly gaining ascendancy in the intellectual class, and traditionalist painters such as Kelly were dismissed as dull-witted copyists of nature. Snap conclusion: born at a fairly good time to have a decent commercial career but a bad time in terms of artistic reputation-building.

Examples of Kelly's work are shown below. Not shown are some not-safe-for-work nudes. To view those, you'll have to Google on his name and switch into "Images." 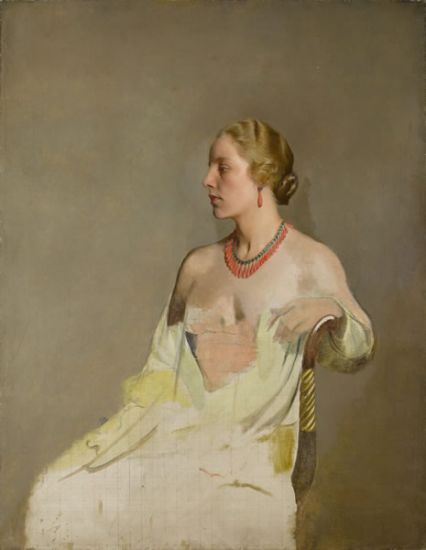 Jane (his wife, Lilian Ryan) - 1919
An unfinished portrait. There's another one farther down as further fodder for readers interested in technique. 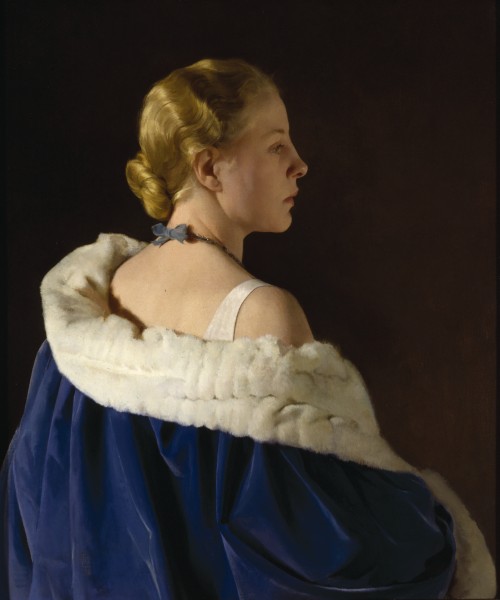 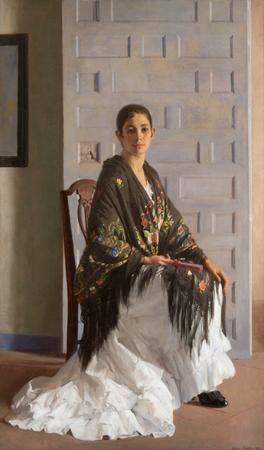 Consuelo (VII) - 1919
The Roman numeral indicates that this was one of a series of paintings. 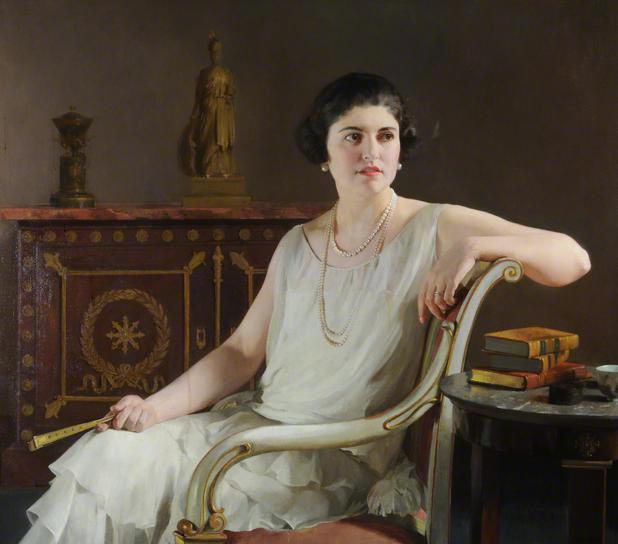 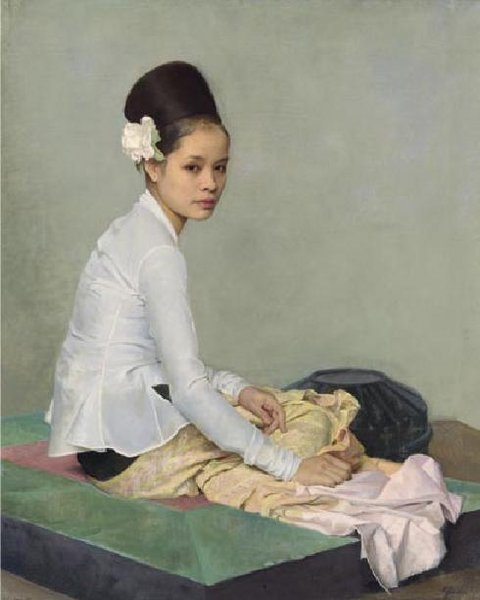 Queen Elizabeth, the Queen Mother - 1938
Wikipedia indicates that Kelly was a favorite of the Royals. This painting of Queen Elizabeth was made shortly after her husband, George VI, became King. 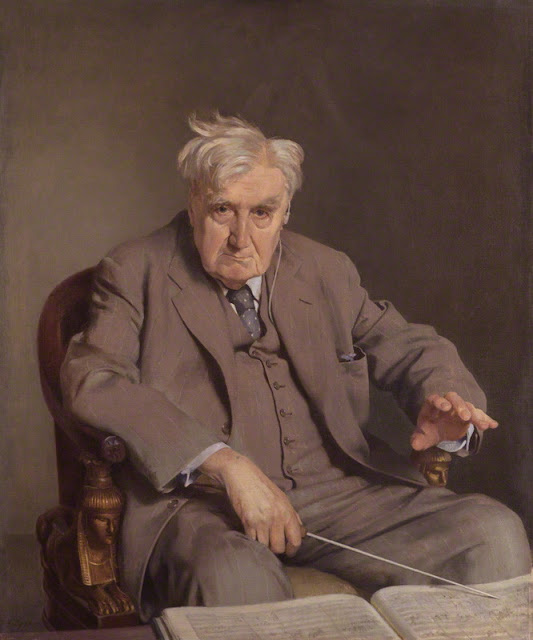 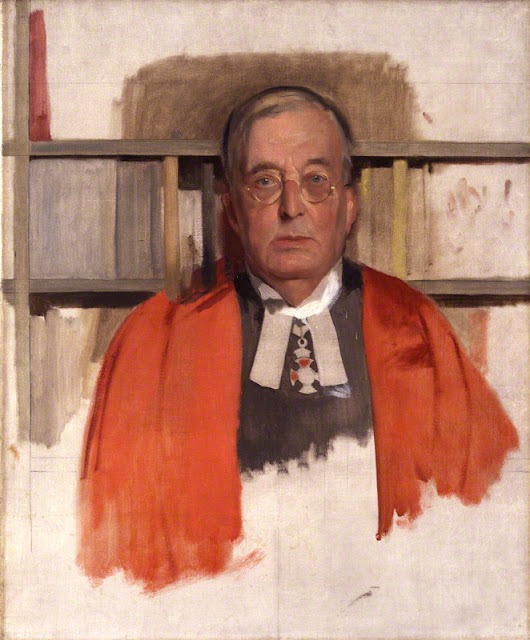 Montague Rhodes James - c.1936
I include this to show how Kelly worked up at least some of his portraits. Like the "Jane" above, he was of the do-the-face-first school rather than following the practice of continually working over the entire canvas surface to retain "balance."
Newer Post Older Post Home