Miguel Covarrubias (1904-1957) was a multi-talented man, his activities ranging from cartooning to ethnography, as his Wikipedia entry indicates. As you might imagine, it was the artwork, not the anthropology, that made him widely known and popular over three highly productive decades; his illustrations seemed to be popping up everywhere.

Examples of his work can be found here, and this site seems to be devoted to him exclusively.

As can be seen below, Covarrubias' work was witty, charming and inoffensive to most viewers. In those respects, it was in line with the tastes of the day. In recent times, illustrators seem to feel compelled to create "edgy" works that lack charm, are often offensive, and incorporate no wit whatsoever. Pendulums do swing back eventually, though I see little sign of it happening as yet.
Gallery 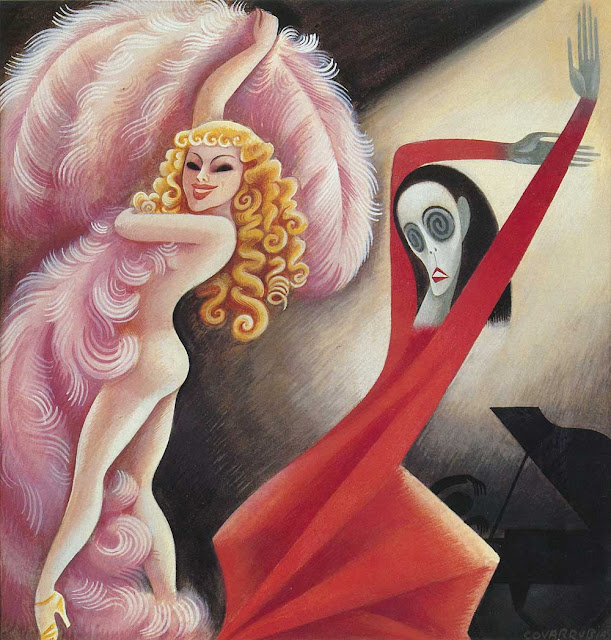 Sally Rand and Martha Graham contrasted
This Vanity Fair illustration from around 1933 was part of a long series where Covarrubias caricatured two individuals who possessed both similarities and differences. Martha Graham's dance troupe worked in a modernist idiom. Sally Rand gained fame for her fan dancing at the 1933 Chicago world's fair. 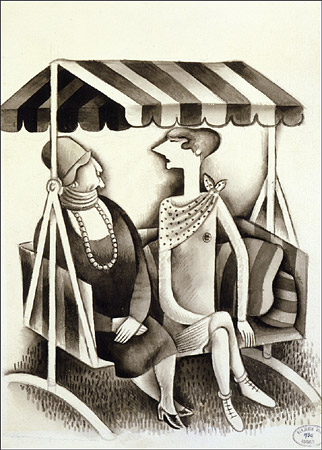 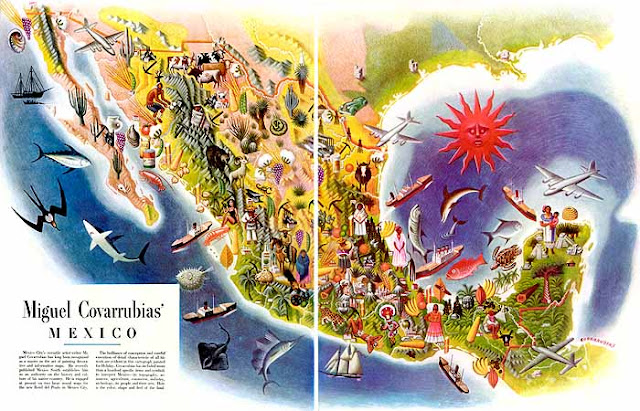 Cartoon map of Mexico - 1947
He painted a number of cartoon maps and murals. Click to enlarge. 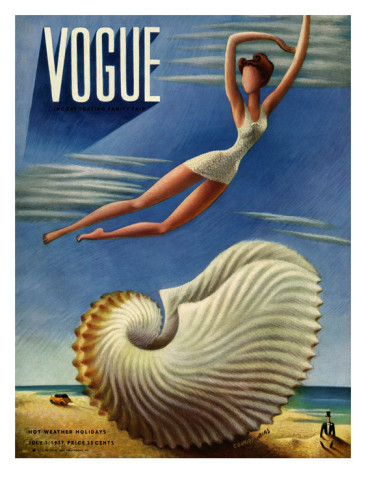 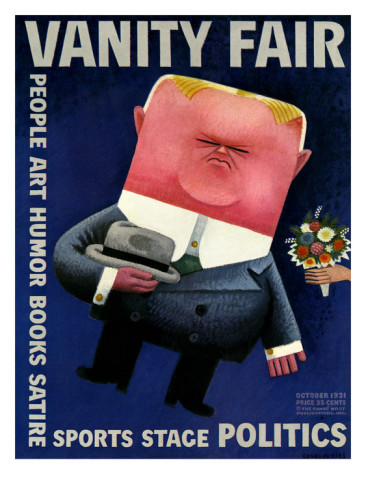 Herbert Hoover - Vanity Fair cover - October, 1931
For non-American readers, Herbert Hoover was President in 1929 when the stock market crashed and was blamed for the severity of the Great Depression even though his policies were similar to those followed by his successor, Franklin Roosevelt, which didn't work very well either. 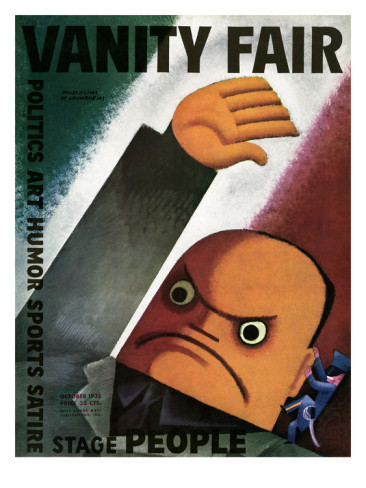 Mussolini - Vanity Fair cover - October, 1932
I trust we all know who this guy was. The little fellow tugging on Mussolini's ear is probably the king of Italy. 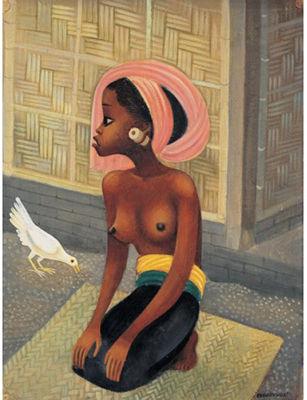 Bali scene - c.1930s
Covarrubias and his wife visited Bali a couple of times in the 1930s. He did ethnographic work there and wrote a book about it.