For the past three weeks posts on this blog have been appearing on their regular Monday-Wednesday-Friday publication schedule. That's because, speaking of schedule, I can schedule publication of posts ahead of time and let kindly Google do the rest.

Me? I was in California and Las Vegas and wrote not a single post while there; a backlog was worked up before I left home. But I did take some photos to thrill and amaze you. Coming soon are views of architecture and interior decoration, but for now I offer some blurred shots of a few murals that I spied while on my annual non-gambler casino crawl.

For those of you who have never been to Las Vegas or haven't visited since the mid-1990s, The Strip (Las Vegas Boulevard, which isn't actually inside the LV city limits) is comprised of a host of large casino-hotels, most of which are designed around a theme. Examples include The Palazzo, The Venetian, Bellagio, Caesars Palace, Treasure Island, Paris, Luxor, and New York - New York to name a few whose names convey their theme. Such complexes are costly to build in part because of the décor that is crucial for conveying the theme.

The photos below are of some murals that are really quite minor details contributing to the atmosphere of each place. The first two were taken in the New York - New York, the other two in the Wynn, which is luxurious but has no obvious theme attached to it. Both sets have a 1920s feeling in terms of subject matter and style. Take a look:
Gallery 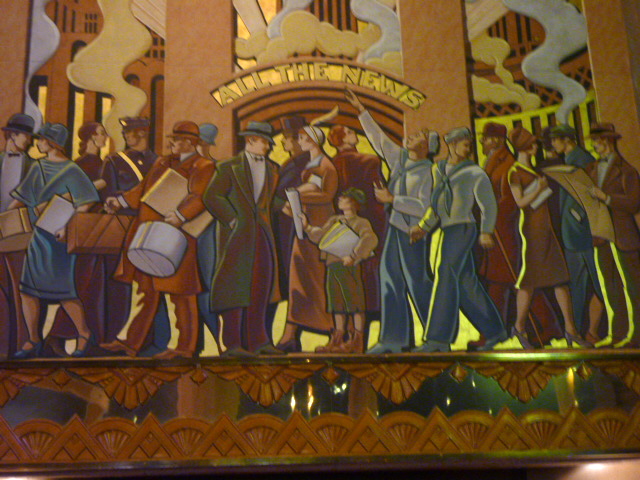 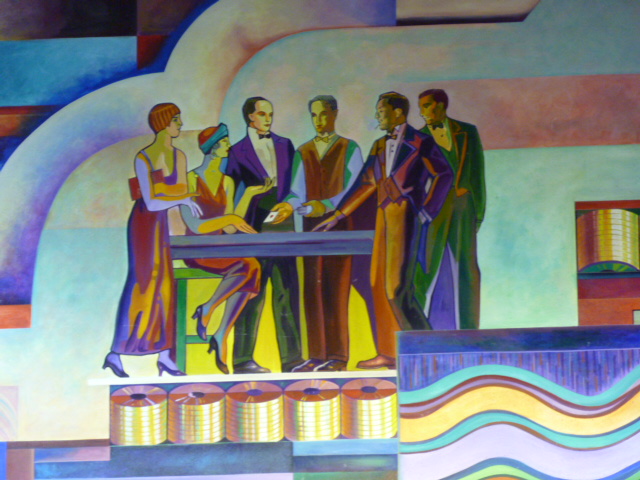 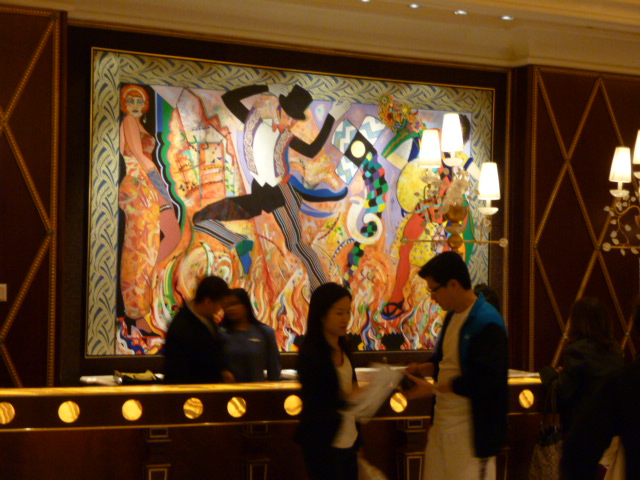 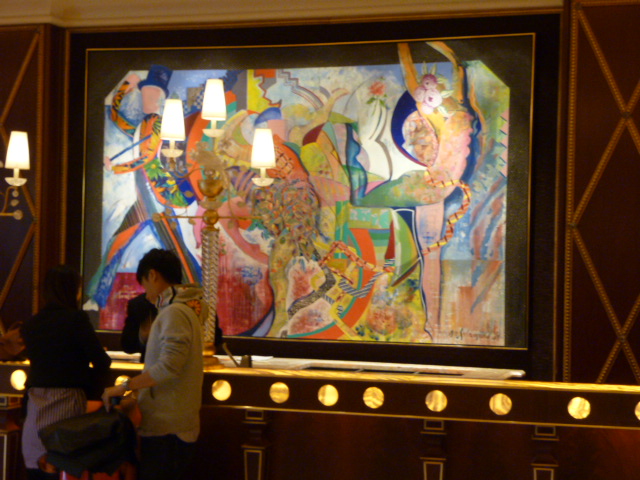