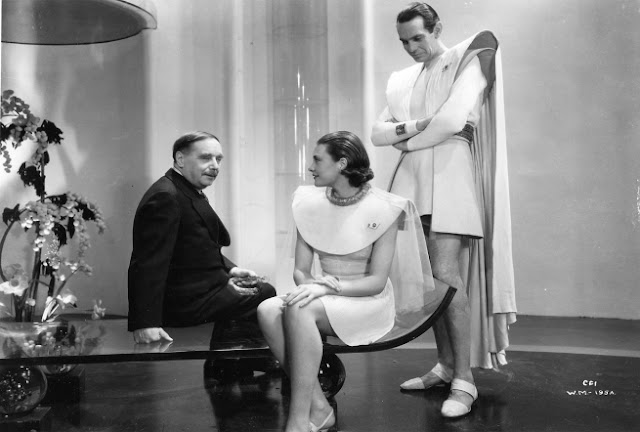 That's science fiction pioneer H.G. Wells at the left on the set of Things to Come, a 1936 movie based on his 1933 novel The Shape of Things to Come that was produced by Alexander Korda. To the right are Margaretta Scott and Raymond Massey.

The plot has a 1940 war (the most accurate prediction is the date -- the Battle of Britain was fought that year) in which England and much of the world sinks to near-barbarism after decades of conflict. A group of engineer-technocrats recreates a modern society in Basra, Iraq and then spreads it throughout the world, setting things straight in a Wellsian socialist-inspired utopia. The final part of the movie takes place in 2036 where a mission to the moon is launched.

Photos below show some of the costumes predicted for 2036, a century after the release date of the movie. 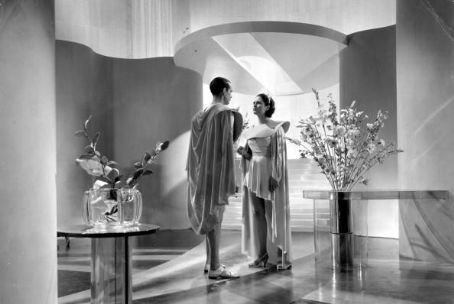 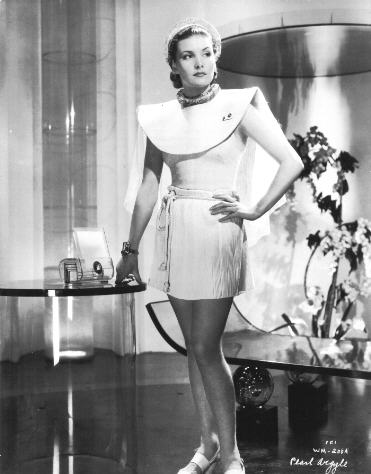 I don't know who designed the costumes, but they surely had Wells' okay, grudging or otherwise (he had considerable input to the project). Ultra-broad shoulders aside, the impression I get is that of snazzed-up Roman Empire outfits with a generally clean look in synch with late-Deco modernism of the 1930s -- which should probably be expected.

We are 25 years away from the movie's fashion predictions, so there's a remote chance that they will be fulfilled. The photo below of a celebrity (Nicky Hilton, whoever she might be) indicates how things stand in our casual times. 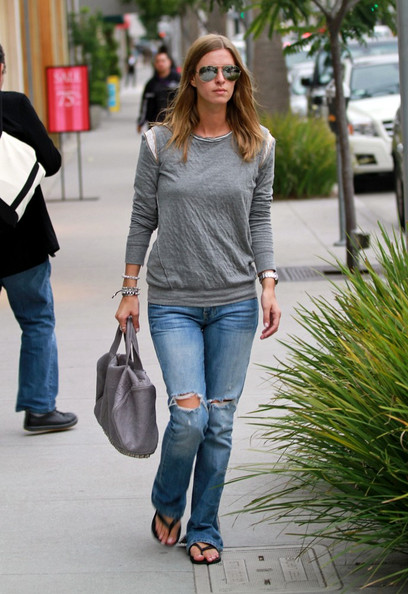