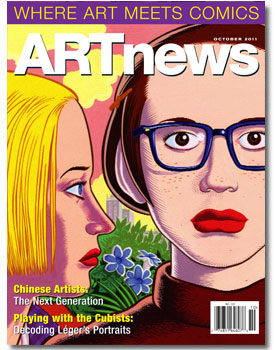 Above is the October 2011 cover of Art News, where the top heading says "Where Art Meets Comics." The article it headlines is here. In case the link disappears, here are two paragraphs from it dealing with its thesis:

"Over the last decade, the boundary between fine art and comics has grown increasingly porous. In 2002, original panels from Chris Ware’s comic book Jimmy Corrigan: The Smartest Kid on Earth, a minimalist meditation on longing and isolation, were featured in the Whitney Biennial. Four years later, the Hammer Museum and the Museum of Contemporary Art in Los Angeles collaborated on a seminal exhibition of 15 groundbreaking artists, called “Masters of American Comics.” In 2007, the Museum of Modern Art in New York opened “Comic Abstraction,” which looked at how fine artists have employed elements of comics’ visual language.

"This year will see a slew of related exhibitions. The Whitney Museum is devoting a retrospective (closing October 16) to the painter Lyonel Feininger (1871–1956), which explores his work as a cartoonist for the Chicago Sunday Tribune. (The characters he drew in his strips inspired wood carvings that he produced for the rest of his life.) In April 2012, the Oakland Museum of California will present the first major survey devoted to Daniel Clowes, the artist behind Ghost World, the graphic novel that inspired the 2001 film of the same name. And in April, the Musée d’Art Moderne in Paris will hold a full-scale retrospective of the counterculture comics legend Robert Crumb, creator of the straight-talking guru Mr. Natural and the hedonistic Fritz the Cat."

The thrust of the article is that contemporary comics are being looked at as "art." What was not mentioned is that some postmodern "art" looks a lot like contemporary comics. And no, I'm not thinking of Roy Lichtenstein who painted his take on comic book panels from the 1940s and 50s. Consider these: 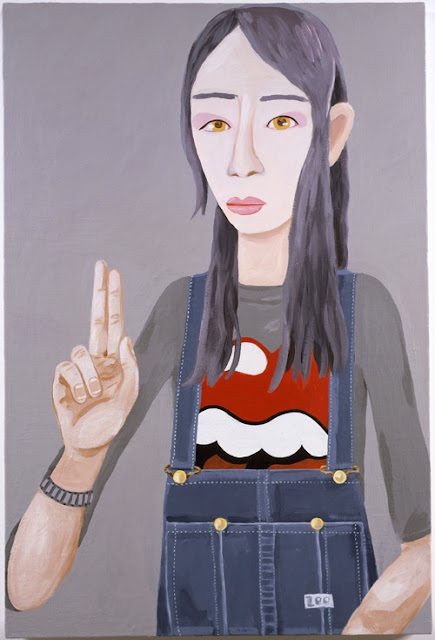 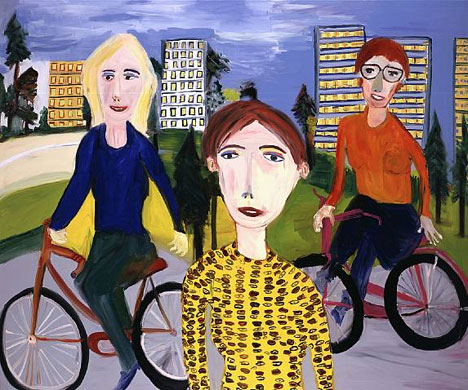 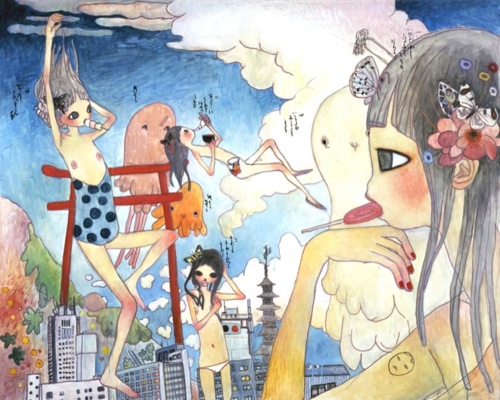