Taos, New Mexico became an artist colony beginning around the turn of the 20th century. Its start is generally reckoned as the breakdown of a wagon that illustrator Ernest Blumenschein (1874-1960) and a fellow artist were using while exploring the American southwest. Blumenschein stumbled into Taos, New Mexico, the nearest town, and became enthralled by the scenery and quality of light. As time went on, other artists, including Nicolai Fechin (1881-1955) came to spend all or part of their time in the Taos area. Santa Fe, about 70 miles distant, collected its own set of painters.

The residences of Blumenschein and Fechin still exist, but have been converted to museums. Both are only a short walk from the old Taos town square.

Fechin's place is now the Taos Art Museum. It began as an old adobe structure that he modified using touches of Spanish Colonial and Russian dacha styles.

Blumenschein's house has a 1797 structure at its core and was enlarged over time. It features the art of Blumenschein, his wife and daughter. Works of other artists are rotated in, but tend to be restricted to one room so as not to crowd out the Blumenschein art. The same can't said of the museum at Fechin's; when I was there, only one room contained Fechin's works, most of the wall space being devoted to an exhibit by a currently active local painter. 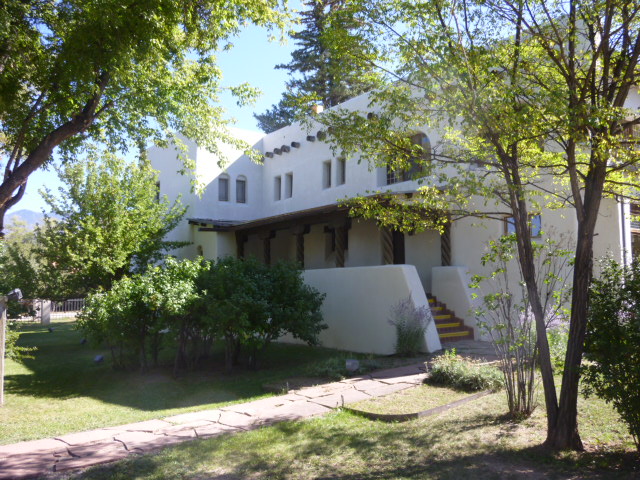 This is the Fechin house as viewed when approaching from the street; the museum entrance is at the rear. 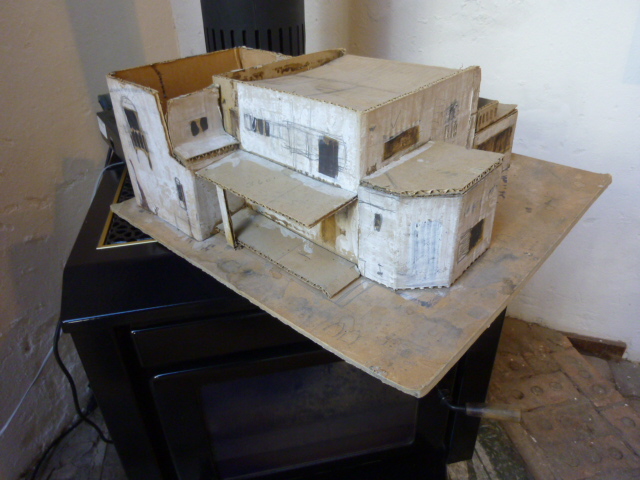 Here is a cardboard model Fechin used when working out his modifications. 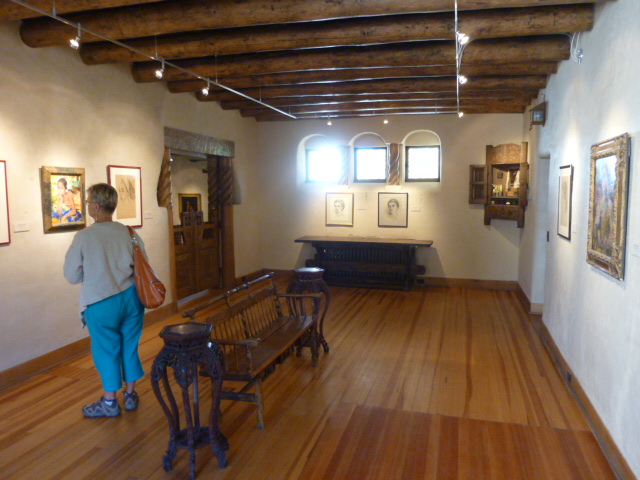 The dining room was the only one displaying Fechin's work the day I visited. 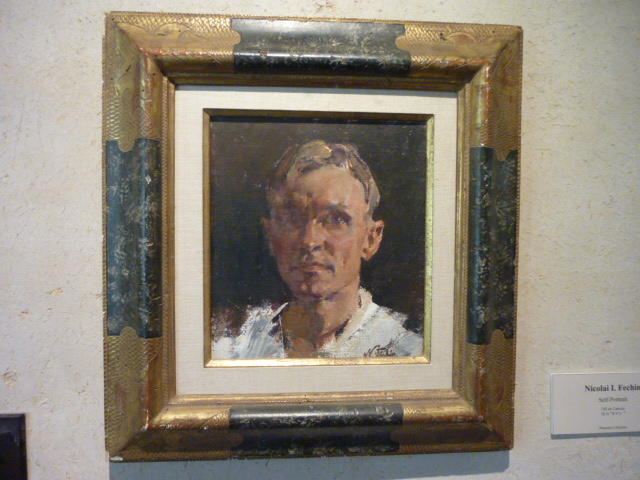 At least they left a self-portrait on the wall. 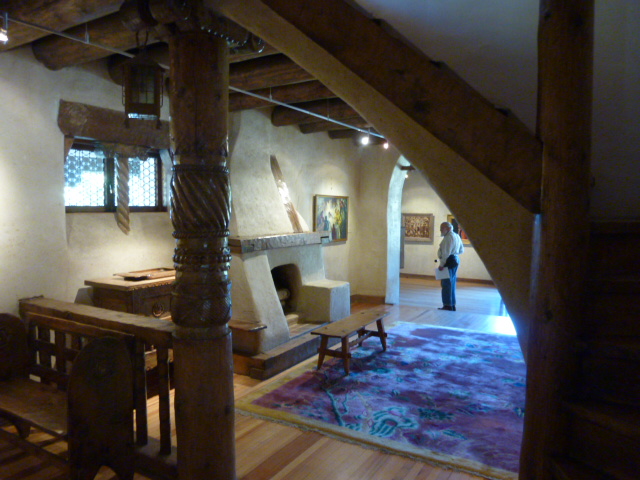 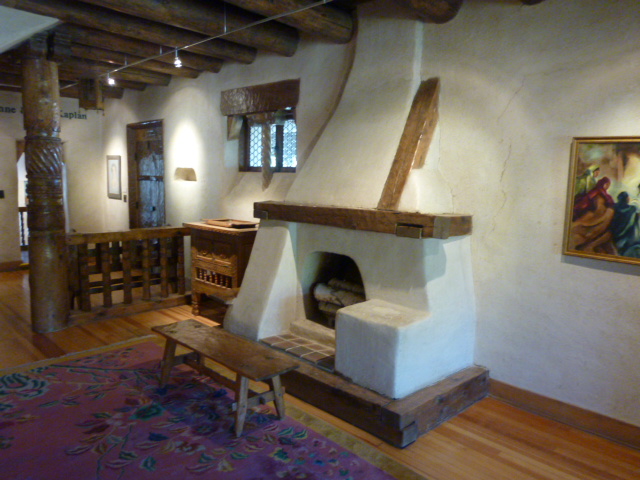 These are views of the living room. 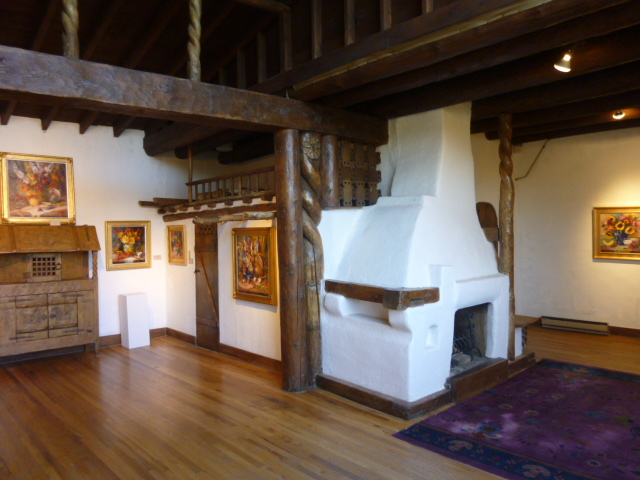 Fechin's studio was in a separate building to the rear of the house. Here is an interior view, but the paintings are by the local artist, not Fechin. 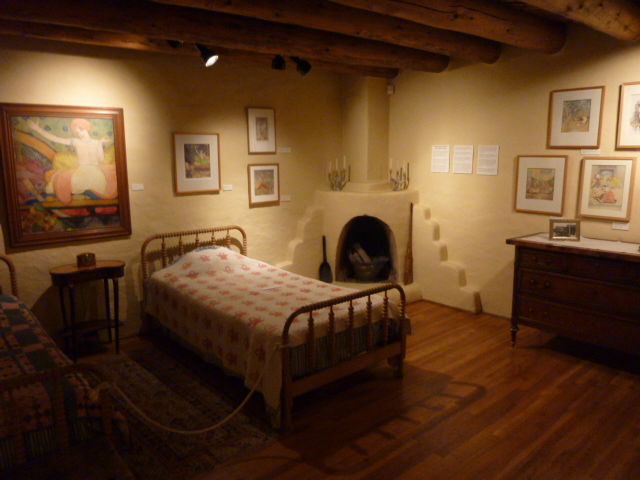 This is a bedroom in the Blumenschein house. The artwork between the beds is by Blumenschein's wife, Mary Sheppard Greene. 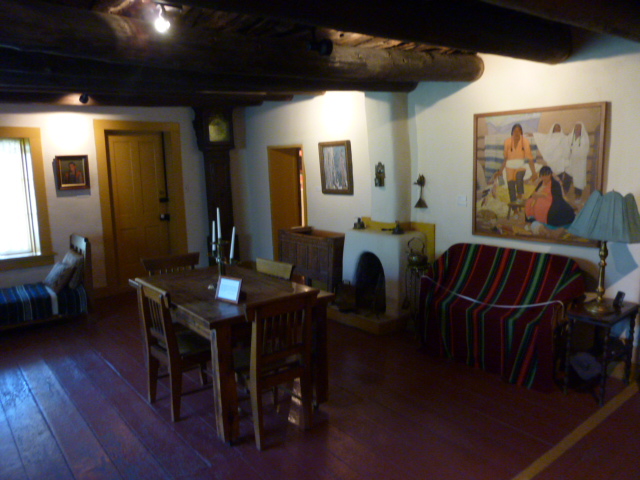 Here is the Blumenschein living or perhaps dining room. Again, the main piece of art is by Greene.