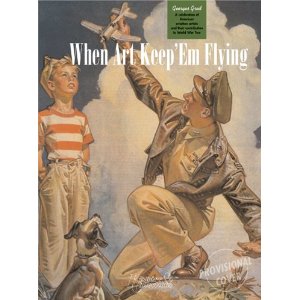 Once upon a time there was a war on, and nearly everyone pitched in to fight or provide support for those who did.

This was true for illustrators and the clients they worked for. World War 2 illustrations and photos in American advertisements (along with some stray government promotional works, editorial content and even comic strip panels) are the subject of a book by the Frenchman Georges Grod who came to love American aircraft and related advertising as a boy at the time of the Liberation. The cover with a fine J.C. Leyendecker illustration for Goodyear Aircraft (yes, the tire company built planes too) is shown above and a link to Amazon is here.

Although illustrations are scattered throughout the book, one chapter is devoted to illustrators organized alphabetically. Each illustrator is given a short biographical note and examples of his work in war advertising are shown nearby. Featured illustrators include Melbourne Brindle, Reynolds Brown, John Gannam, Clayton Knight, Jo Kotula, Fred Ludekens, Paul Rabut, Noel Sickles, Thornton Utz and even Coby Whitmore.

Some advertisers used ads to push their products, but did this in the framework of wartime. Others such as automobile companies no longer had products to sell, but advertised their war manufacturing in part to remind people that they were still in business and (perhaps) to keep their name in mind for after the war. In many cases advertisers were able to make a strong link to the war effort, but others sometimes had a large stretch to do so. Below are a few examples I located on the Web. 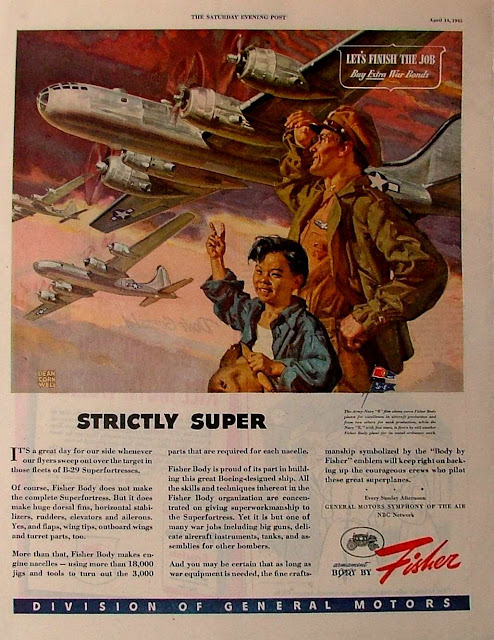 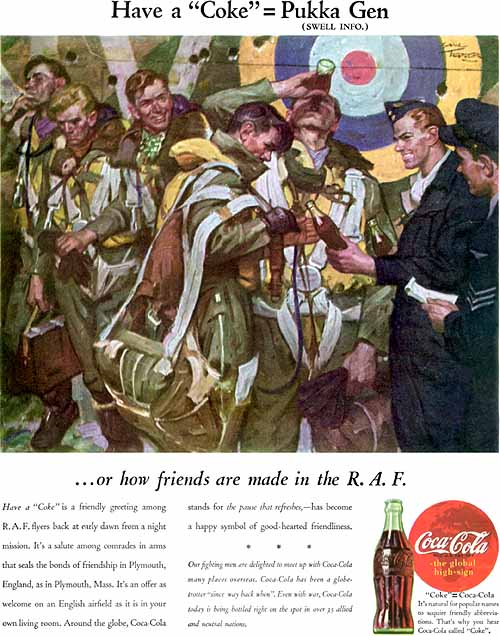 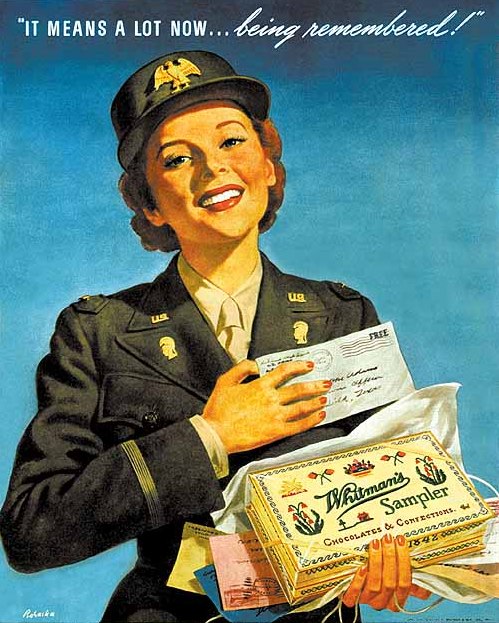